5 Things For Your Newsletter

Social media mavin Ariel Hyatt of Ariel Publicity/Cyber PR recently posted on Music Think Tank about 5 things to keep in mind when crafting your newsletter. You can read a lot about newsletters in some of my older posts, but here are a few more things that you should consider.

"1. Keep Your Subject Line To 55 Characters Or Less. Most email programs cut off the subject line after 55 to 60 characters, so keep your subject line short and sweet and to the point. 5 or 6 words max!

2. Get Personal. Saying something personal brings you closer to your fan base. Share a photo of something you love (your pet, your kids, your friends), or something fun and non-music related that you did lately (like a vacation).

3. You Don't Have To Have A Show To Send A Newsletter. How about just inviting everyone on your newsletter out for drinks one evening, or to join you for a show, or share something fun that you've done recently. Or maybe just talk about an album that you love.

4. Mailing Address And Unsubscribe Link. Know that by law you need to put your mailing address and an unsubscribe link at the bottom of each of your newsletters. If you are uncomfortable adding your home address, then open up a PO Box and use that.

5. First Names Get Attention. Use the first name of each person you send your newsletter to. The best way to get anyone's attention is to include their first name in the subject line of an email. Something like this:

It's catchy and gets people's attention immediately to the subject of your email. Any of the mailing list/newsletter management services, including Bandletter, Fanbridge, and Reverbnation can help you customize your emails so that the first names of your fans appear in the subject line. Testing shows that the response rates go up 50 to 70% or more if you include first names."

What It Takes To Earn Minimun Wage 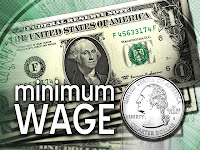 Here are some depressing stats if you're an artist. In order for a solo artist to earn the US monthly minimum wage of $1,160, this is the quantity of music you must sell:
The list sure makes CD sales look good, doesn't it?

In actuality, if you think you're going to make a career in music as an artist, it's best to get it out of your mind right now that the bulk of your income will be from music sales of any type. It's never been that way before in the business, and it certainly isn't that way now. In fact, 95% of the money that most major artists make come from sources other than music sales, like publishing, touring, merch and sponsorship.

Remember, as stated over and over in Music 3.0, your music is your marketing. It enhances your ability to make money in other ways.

The Psychology Of Sweetspot Pricing

Sometimes the price of something (like merch, for instance) doesn't matter as much as the way it's priced. As an example, which of the following 3 would you think garnered the most sales?

It turns out that the second one (5.00) without the "$" sign or the word "dollars" is far more effective than the other two. Researchers at Cornell University discovered that when they offered 3 different menus at an exclusive restaurant, the one that used the $ sign caused people to buy less, while the one where the $ was omitted bought more.

The reason why is that the mere presence of a dollar sign or the "dollar" word spelled out imparted a "pain of buying" experience, causing the buyer to think about the money in his or her pocket. 5.00, it turns out, is a less emotional buying experience.

Here's another one. Which of the following received more sales?

If you guessed 4.99 you'd be right. Once again, there's significant research that definitively shows that even though 4.99 is only a penny less than 5.00, in a consumer's "buying mind," they believe that they're paying 4 bucks instead of 5. That's why you've seen retailers use the ploy for what seems like forever. It really works.

But guess where else it worked big-time? If you guessed iTunes with their .99 download, you'd be right again. Steve Jobs knew what he was doing when he chose 99 cents as the music consumer sweet spot.

It's also been found that a sales price ending in a "9" is much more effective than using any other number. A study done by the University of Chicago found that when a supermarket dropped the price of margarine from 89 cents to 71 cents, sales improved by 65%. But when they dropped it from 71 cents to 69 cents, sales jumped by 220%!

So next time you're pricing your CDs and merch, consider using some of the above tricks. They've made a lot of people rich.

7 Mistakes To Avoid When Registering Songs 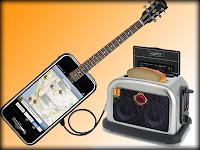 Recently the Songtrust blog ran an excellent article regarding the 7 mistakes that writers make when registering theirs songs with a Performance Rights Organization (PRO) like ASCAP, BMI or SESAC.

Ryan Brodhead, the manager of performance rights administration for Songtrust, wrote that these were the following mistakes that he sees all too often.

Filing the correct paperwork is a vital part of modern songwriting, so take it seriously and get it right. Make sure that you don't make one of these mistakes so that royalty check shows up when you expect it.

Now It's Pay To Play Radio

Ask any random collection of artists or bands, and one thing that they'll all readily agree on is that pay-to-play is evil.

It used to be that artists and bands faced pay-to-play gigs in only New York, LA and Nashville, but the practice has unfortunately spread to many more cities in the United States. For those musicians blissfully unaware of pay-to-play, that's where a club charges a band to play a gig as opposed to the traditional other way around. The club doesn't actually ask the band for money per se; they demand that the band buy a number of tickets, which they can then resell or give away, in the hopes of drawing a crowd.

For a venue, pay-to-play is usually a terrible strategy over the long term since it relies completely on the bands to draw a crowd, instead of the venue itself. In the case of a healthy venue with a strong built-in following, many from the venue's crowd will go to the club regardless of who's playing. Not so with a pay-to-play club, which has no following, and therefore those who go to the club have absolutely no loyalty to it. Eventually this means a slow death for the club, since it's not in the business of providing a positive experience for the fan; it's simply a middleman for the bands.

OK, we can all agree that pay-to-play doesn't really help anybody too much, and it's generally the scourge of the musician who wants to gig, but what if I told you this might happen to Internet radio as well? No kidding. If you want airplay, you gotta pay. Not under-the-table record promotion stuff where money and "favors" change hands like in the 50s, 60s, and 70s, but straight up paying for placement on the playlist.

Well, it appears that Internet streaming service called Earbits is trying a pay-to-play plan that charges for the honor of appearing on their playlist. Actually, it's a bit worse than that because bands or labels end up bidding for a space on the playlist, plus they get paid even less than the pittance that Pandora or other online radio stations pay so far.

What does an artist get for that privilege? Not much from what I can see. According to an article in Hypebot, when people "like" a song or band, it also shows up as a Like on Facebook as well. The artist can customize some of the visuals that the listeners sees to promote themselves as well. If listeners skip the song too much, it's jettisoned from the playlist. Earbits has a label to sign bands they like, and are doing licensing and branding deals for artists and bands, but so are a lot of other companies. So far Earbits has delivered only 4.5 million streams, which is a drop in the bucket compared to a service like Pandora. For the user, it's commercial-free (it better be) and customizable, and available on iPhone and Android devices.

I can understand the business model behind Earbits, which appears to be financed through a round of angel funding like Geoff Ralston (former CEO of LaLa, which Apple purchased a few years ago). It's new service (founded in 2011) that wants to be profitable as soon as possible, but this sets a terrible precedent. The last thing music needs is another play-to-play situation.