What do Adele, Taylor Swift, Ed Sheeran and Sam Smith have in common? Most of the buyers of their albums are female, according to an article by Hannah Karp in the Wall Street Journal based on data from a number of market research firms.

While this info is probably no surprise to music execs who’ve inherently known this for decades, the new-found ability to have a greater understanding of an artist’s fans syncs more with the conventional industry wisdom than previously thought.

Take Adele, for instance. First of all, she’s an artist that goes completely against the grain of what the music business currently considers a pop star. She’s a full-figured women who has a relatively small social media footprint and no bombastic big-production stage show, yet she’s been crushing sales records by doing it the old fashioned way - with great songs and performances.

If you look closely at the demographic profile of her fans though, the sales records begin to make perfect sense.

According to the article, a Nielsen study funded by Sony Music found that 62% of Adele’s fans are female, between the ages of 25 and 44 years old, and have children. In other words, they’re soccer moms. What’s more, a majority of them work in the health care industry, drink light beer and Aquafina water, and are 80% more likely than average to read Parents magazine, for whatever that’s worth. To take it a step further, 28% of her fans are in the 50+ age bracket, according to music consumer research company Music Watch. Read more on Forbes.

The Evolution Of Online Video

Believe it or not, online video is only about 10 years old, and as we all know, it's come a long way in that time.

Just about everyone has posted a video and many are actually making money doing so. And online video cuts across all age demographics, so even though younger Americans are more prolific, the 50+ year-olds watch more video online than ever before.

Here's a great infographic from SwitcherStudio that shows just how much things have changed since YouTube was created 10 years ago.

Design Your Album Artwork With The TAD App

One of the problems that many artists and bands have is that they're good at creating music, but not so much when it comes to creating the artwork that goes along with it. That shouldn't be a problem any longer though, thanks to the new TAD (Thumbnail Art Design) app, which makes great looking artwork a snap.

TAD allows you to choose from a variety of album cover templates, add photos, logos and text from a large selection of fonts, then add frames, filters and other artwork elements to give your album cover the artistic feel that you're looking for.

You can then export the result at a variety of resolutions to fit whatever platform you're using (iTunes, SoundCloud, Bandcamp, Spotify, etc.) up to a max of 3000 x 3000 pixels. You also get unlimited exports with no watermarks, making TAD one of the best go-to graphic tools an artist can have.

TAD is currently available for free from the iTunes App Store until December 14th, after which it will be $1.99, which is still a bargain. It's designed for iPhone and iPad and requires iOS 7.0 or later.

Can You Copyright Silence?

D.J. Detweiler has been pushing SoundCloud's copyright buttons for the last few years with satirical "flutedrop" remixes of popular songs using a simple recorder (the instrument, not the machine).

The group has taken the pursuit to a new level by posting a version of John Cage's "4:33," which is Cage's conceptual piece that's nothing but 4 minutes and 33 seconds of silence.

SoundCloud removed Detweiler's piece on the basis of copyright infringement (see the graphic on the left), not because of the silence, but because of a mashup of a Justin Bieber song within the piece.

That said, Cage's piece was a performance piece only and never recorded, mostly to bring up the question, "Can you copyright silence?"

If Cage's piece is nothing but silence, is it even possible to copy it in the first place?

Had Detweiler just placed a silent recording online and retitled it something other than "4:33," SoundCloud might not have taken it down, but would the recording then still be infringing on Cage's copyright?

I don't know the answer here, but it does bring up yet another deep philosophical question - "Can total silence be music, and if so, how much of it equals a song, or at least enough to earn a copyright?" 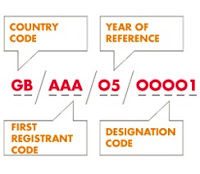