More People Own TVs Than Cellphones

It's been estimated that out of the 7 billion people on this planet, 2 billion of them own cell phones. But in the US, the cell phone still is not as popular as the one common object statistically found in every household - the television.

According to Nielsen, 290 million Americans in 114.7 million households own at least one TV. If you compare that with the 234 million cellphone owners, the 211 million Americans who are online, and the 116 million (ages 13 and up) who surf the mobile web, television is still the medium of choice for most people of all ages.

So what do these figures mean? First of all, cellphones are still a growth market. We keep hearing that mobile is the future, and it surely is for audio, picture and the Internet. There may come a time when most of our consumption may be on handheld devices, but that time is not now. Of course, if the new OLED televisions as thin as wallpaper come down in price, all bets are off.

But more than anything, these statistics tell us that television is still the major media consumption device in our lives, bar none. Sure, it's losing it's power to other devices, but that's because we're becoming a multi-device culture. But don't underestimate the TV's power, because it's still there and will continue flexing its muscles for a long time.

The Music Business Is Not Dying

As all the various research and trade organizations begin releasing their 2011 sales figures, a number of them have jumped out for perfectly defining the state of the music industry today. Check this out:
All these numbers (which mostly come from Nielsen Soundscan and the IFPI) show that the music business is still huge, is still extremely diverse, and is still as quirky as ever. It is changing, morphing, shifting, and evolving, but it is not dying.

Square has been mentioned on this blog many times before and with good reason. It's a disruptive force in the financial business and a boon to concert merchandisers everywhere. If you're not yet familiar with Square, it's a way of doing financial transactions (like accepting credit cards) without using a traditional bank and paying their transaction fees. Square provides you with a credit card reader that attaches to your iPhone or iPad which makes these transactions a snap, especially on the road.

The Square card reader is already available at Apple stores, Wal-mark, Best Buy, Radio Shack and Target, and soon at OfficeMax and UPS stores, for only $9.99, but each purchaser can redeem a $10 credit to their bank account, so it really costs you nothing. Over a million merchants already use Square, which is impressive because there are only 8 million merchants that accept credit cards in the United States in the first place.

This year Square is rolling out new features like adding in-depth merchant analytics to its iPad experience, allowing merchants to access information about which inventory is selling well, and what they can do to help make more money. Square is also trying to upgrade the experience of running a business on just an iPad with their new iPad app Square Register, which is designed to be a point of sale replacement for cash registers and terminals.

While all that's cool for artists and bands trying to make a buck out there on the road, a new feature might be even better for consumers. Card Case, which is a virtual wallet that consumers fill with the info of all the merchants they visit and buy from who accept Square. These mobile cards include locations, merchant contact info, coupons, order and purchase history and more. Users can also use Card Case to ‘pay with their name’ and even enable hands-free payments. That means that the purchasing experience is easier than ever, which is something that everyone likes.

So if you're about to do some shows and want to sell some merch, check out Square. It's a service that you can't do without.

Here's something that might take you by surprise. According to Nielsen Soundscan, more than two-thirds of all albums purchased in the US in 2011 were physical CDs.  That means that out of a total of 330.6 million albums sold during the year, 223.5 million of them were discs, or 67.6 percent.
That said, a few days ago the UK's BPI stated that 76.1 percent of all albums purchased last year were CDs, so they're still somewhat behind on the digital transition.

Want some good news about music sales? In the US, album unit sales were actually up by 1.3 percent last year, while the sales of CDs slumped 5.7 percent. Digital albums also gained a healthy 19.5 percent to reach a record 103.1 million units.  But the big winner was vinyl, which was up by 36.3 percent to nearly 4 million units. Will 2012 show the same results?

The State Of Music In Gaming 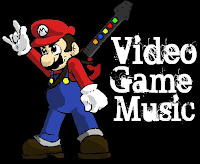 Gaming was a huge new source of income for the music business a few years ago, but it seems like the Rock Band and Guitar Hero fads are now long past. That said, a number of new opportunities will soon be available in gaming, as you'll see in this interview excerpt with Thom Kozik. The interview comes from the 2nd edition of Music 3.0: A Survival Guide For Making Music In The Internet Age.

"A seasoned tech-industry executive of more than 25 years, Thom Kozik has spent most of that time on the gaming side of the tech industry, having served as president of gaming search engines Wazap and All-Seeing Eye (which he sold to Yahoo in 2004), before he became director of business development for Yahoo’s Media group, then Executive Vice President of Online Gaming at Atari. He is now president of Nüko Games.

What’s changed in gaming in the last couple of years?
There are two big things that have changed; the explosion of online gaming in the Western markets (predominantly driven through Facebook), and the music games that we were talking about two years ago have sunsetted with the change in appetite among gamers.

As far as console games like Rock Band and Guitar Hero, there’s a feeling by video game publishers that they’ve milked that cow as far as they could and can no longer sell tracks endlessly into those franchises. They haven’t turned them off completely and there’s still an effort to continue to sell into their installed base, but we’re not going to see another Beatle’s Rock Band on the horizon. The economics just aren’t there.

For an artist who wants to produce for this space, I think there’s actually more opportunity than there was a couple of years ago. Back then the focus was on the music games, but the publishers really didn’t worry about new music at all. They just wanted old back catalog to throw into the channel.

Now browser-based and mobile gaming (which I still consider to be online gaming) is where the action is. The truth is that the biggest growth area is based around games that depend upon and live via an online connection. In mobile games in particular, most of the early games in this area were self-contained experiences where titles like Angry Birds and Doodle Jump had the audio assets for the entire experience, along with all other elements, in the download package that the consumer purchased from an App Store. That’s shifting quickly to games like Infinity Blade, which uses a traditional console gaming engine and has taken the iPhone and iPad markets by storm. No one expected to see a game of this breadth and quality on a mobile device. It wasn’t because of the limitation of the device, but more about the nature of the product being released by the game developers. What’s most important about a game like Infinity Blade and those that are going to follow is that they’re structurally more like console games in that different levels load dynamically as the player progresses. What’s important for musicians is that there’s a need for more soundtracks and audio assets as the publishers continue to sell and ship those new levels to players. This trend in mobile gaming is much bigger than the equivalent of “map packs” that publishers put out for console and PC games in years past.

From a creative standpoint, now you have a few leading indicators of what can really be done on these mobile platforms. We’re opening up a really cool opportunity for the composer, artist or publisher to do the same kind of grand scoring and creative expression of music on a mobile device that they would have done on a console as recently as a couple of years ago. That’s a big opportunity.

On the browser game side, one of the things that we’re going to see is that the game developers and studios have had their eyes opened to what can be done in a web browser, so the games are getting much bigger in scope. What’s important is that in the Angry Birds or Doodle Jump world, the ability to create a score or the amount of music available in the game is fairly limited. Contrast that to the kind of games we’re used to seeing on consoles or PCs or massive multiplayer games like World Of Warcraft. The music is epic -- it’s a lot more than some catchy loops.

It’s soon going to be easier to have great epic scores on mobile games than on the browser because of the nature of the way that a browser talks to the Internet. There is technology out there that can make it easier on a browser, but it will be a question of how smart the game developers are with this."

You can read more from this and my other books at bobbyowsinski.com.