Recently there have been reports that not only has Twitter use peaked, but it's even beginning to fall, with active users dropping from 330 million down close to 200 million.

That's a good example of what typically happens with social networks, where they're hot for a few years and then replaced with something newer and hipper.

The exception so far is Facebook, which continues to grow despite predictions that its use plateaued long ago. Indeed, it's active users are now up to 1.59 billion, and incredibly, still growing.

Facebook shared the following statistics regarding it's growth (especially in advertising) in an email to SocialTimes:
You may find that more of your fans are currently on other platforms, but ignore Facebook at your own peril.

Your Music Won't Be Played In China Anytime Soon

China is one of the most populated countries in the world with over 1.3 billion people, 75% of which listen to music regularly.

That said, the revenue generated by music is stunningly small (see the chart composed of data from the IFPI) and it looks like it's not going to increase anytime soon, at least for Western artists. 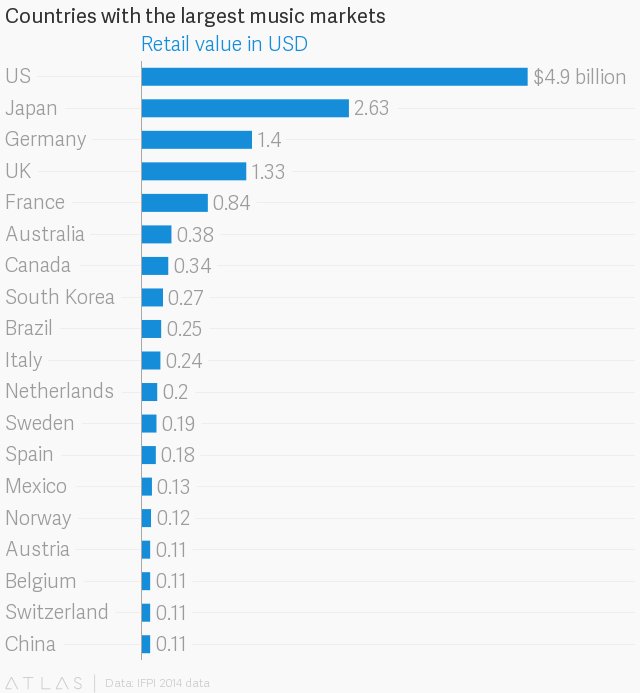 Only 10% of the population currently listens to non-Chinese music and that's going to drop, thanks to the government's recent declaration that any kind of content from foreign media companies will be blocked starting March 10th.

Companies like Apple and the New York Times who have invested millions in China just may be out of luck, and if your music or content was aimed that way, so will you. The big windfall that China promised may never take place after all, thanks to the protectionist policies of the Chinese government.

Then again, if the video below is what they consider hip, then maybe we're not missing anything anyway. It's a communist corruption rap featuring president Xi JinPing.

When Jay-Z bought the music streaming service Tidal last year the purchase was met with a lot of hope and controversy.

Hope because he was an artist and successful businessman who could steer the company in the right direction. Controversy because of the initial tone-deaf press conference where a who's who of artists were trotted out, all saying that they'd finally be getting their financial due now that Tidal was here.

Since then it's been all downhill. Just in the last 30 days:
Jay-Z has reportedly been in talks with Samsung to buy Tidal, but one wonders why that company would even want it, since it already has a failing music service in Milk Music.

Tidal could have been an innovator and leader in the streaming sector, but instead it's just a mess. It's lead in hi-res music streaming was never exploited and even acknowledged once Jay-Z took over, and every month there's a new mis-step. Maybe Jay-Z isn't the businessman he's cracked up to be after all. 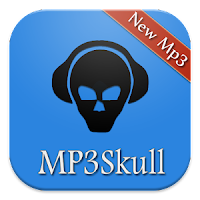 When it thinks that there's copyright infringement going against its major label clients, the RIAA shows no qualms about slapping a lawsuit on the service, and it usually wins.

That was the case recently when the association won $22.2 million in damages from the filesharing site MP3Skull, a site that supplies download links to songs by popular artists.

The damages were determined by multiplying the 148 songs submitted as evidence by $150k each.

In this case though, the RIAA might not collect a dime since the identities of the owners is totally unknown.

MP3Skull now operates from the MP3Skull.yoga domain, and it has moved from .com and .to domains when they have been blocked via previous court orders in the UK.

Although the ruling allows the RIAA to size the domain, it can't get at the assets if it doesn't know where they are and who they belong to.

Here's the thing though - with streaming just about everywhere these days where a user can listen to any song at any time, why would anyone be bothered with downloading a pirated song?

The lawsuit may end being a moot point, but at least it shows that the RIAA is doing something to warrant the big bag of money that its clients put into it. 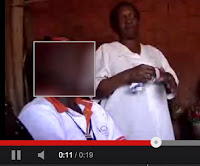