Apple’s new CarPlay iOS-in-the-car program looks to be coming to a new auto near you soon. In a much anticipated announcement, the company has partnered with Ferrari, Mercedes-Benz and Volvo to head up the new joint initiative, with support from vehicles from BMW, Ford, General Motors, Honda, Hyundai, Jaguar Land Rover, Kia, Mitsubishi, Nissan, Peugeot Citroën, Subaru, Suzuki and Toyota in the future.

CarPlay allows one to access the features of a current iPhone with a Lightning connector from a touch screen display in the center of the dashboard of the vehicle, or by using voice commands through Siri. This will allow drivers to make calls, use Maps (at last, a navigation system that works), access voicemail, and many of the other features that a driver can’t normally access.

Of interest to the music industry is that not only is iTunes now just a touch or voice command away, but third party apps like Spotify and iHeartRadio as well. This takes us one step closer to the always-connected car, which in turn, can tip the balance of the music industry in many ways.

Who Are The Most Covered Artists?

One of the goals of a songwriter is to write a song that is covered by many artists. This is the ultimate stamp of approval, in that the song is considered so good that singers want to sing it, and artists feel compelled to record their own versions. 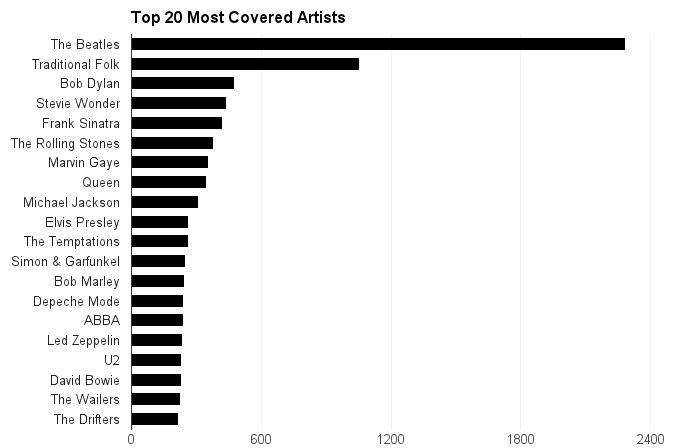 Whosampled.com did a study to determine the most covered artists of all time. Not surprisingly, The Beatles lead by a wide margin, with Bob Dylan, Stevie Wonder, Frank Sinatra, and other musical icons in the mix. 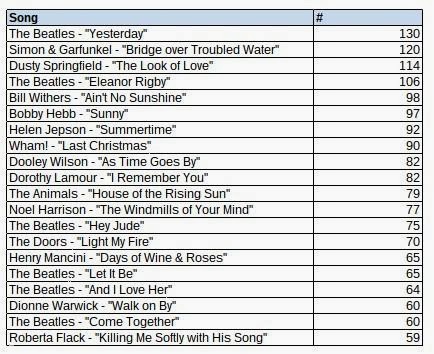 When it comes to the most covered songs, The Beatles have no less than 6 out of the top 20, and are the only artists to appear on the chart more than once, a fitting tribute to their writing abilities.

While the artist covers chart seemed about right, the song cover chart has a few entries that are head scratchers, but still is very interesting. 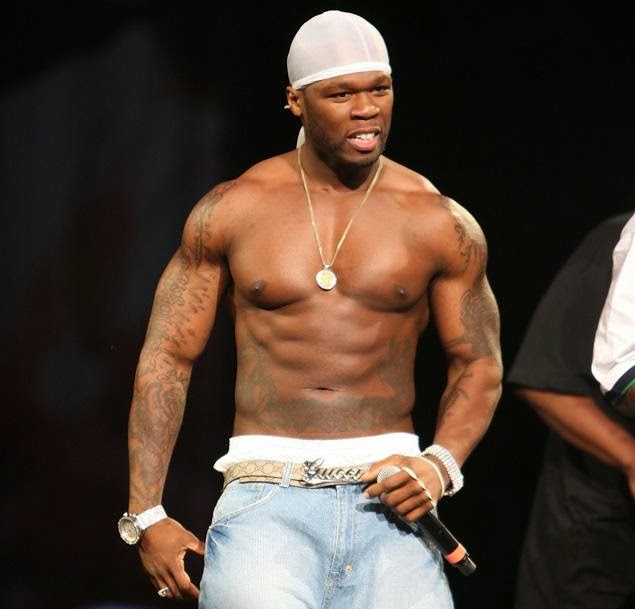 It was announced recently that rapper 50 Cent is leaving his previous record label Shady/Interscope for a new home with Caroline, the label services division of Universal Music Group. The artist and his G-Unit imprint joins a number other artists like Macklemore & Ryan Lewis, Korn, Peter Gabriel, and Prince who chose to leave the comfort of a traditional major label (Shady/Interscope is a subsidiary of the giant Universal Music Group) record deal behind in favor of going independent, but with a new twist. Now the label’s once exclusive services are for hire instead of available only as a byproduct of a traditional recording agreement.

What we may be witnessing is the dawn of a new age in the music business as all the major labels have set up separate divisions to be able to offer their services and expertise on an a la carte basis. Need physical distribution, radio promotion, digital strategy or product development? If you’ve got the money or the audience, you can hire their expertise for these services plus a lot more. Where once upon a time, an artist signed exclusively with a record label for a number of albums, the new label services deals can be for a single album at a time, with none of the traditional multi-record contractual strings attached.

Although some were faster into the space than others, all the majors are now represented. Sony Music has its Red Associated Labels unit, Warner Music Group has Alternative Distribution Alliance (ADA), while Universal Music owns Caroline. In addition, there’s also BMG, which began the trend in 2008 when it sold its traditional record business to Sony to concentrate on artist rights management, as well as the independent Kobalt Label Services and in the UK, Cooking Vinyl.

The reasons why an artist might want to consider such an arrangement are many. First of all, there’s the issue of artistic control. In a traditional record deal, the artist and the record label are in a partnership, with the label as the senior partner. The stories about clashes on creative direction between the artist and label execs are legendary, but all this is alleviated when the artist is independent and hires the label services on a “as needed” basis. The artist is now the boss when it comes to product creation, but the responsibility for making it or breaking it are on his shoulders alone. Read more on Forbes.
----------------------------------
Help support this blog. Any purchases made through our Amazon links help support this website with no cost to you.

Artist Management According to Flo & Eddie

If you ever wondered how ruthless the music business can be, just listen to this story about the business dealings of The Turtles ("Happy Together" among other 60s hits) told by frontmen professor Mark Volman (now teaching at Belmont College) and Howard Kaylan. The two then went on to a successful solo career as Flo & Eddie, and even sang background vocals for Frank Zappa for a time.

The video is humorous because they can laugh about it now, but you can see how this could cause many sleepless nights. To say the least, kids, don't try this at home.

I'm a big proponent of discovering and developing your brand, whether it be for yourself, your studio, your band, or your entertainment company. In fact, there's quite a lot about how to do that in both my Social Media Promotion for Musicians book and my Lynda.com social media videos. That said, it's always best to look at the top brands to see what they're doing in order to gain some tips and tricks.

According to econsultancy.com, these are the top 10 YouTube brands at the moment:

If you want to know why the above companies are in the top 10, you'll find a few commonalities:
You don't have to be a big brand to take advantage of these tips, although you might want to make some money by ignoring the first one and monetizing your videos. That said, you'll probably lose some viewers in the process.