Robin Davey posted an interesting article on Hypebot yesterday called "Only 10% Of Your Friends See Your Facebook Posts, And Only 1% Like It." The underlying premise was that the number of Friends that respond via a "Like" is small, so as a result, Facebook posts are just marginally worth it.

Robin used the empirical evidence he received by a post on his  personal wall asking his friends to "Like" it, and received about a 10% response. He determined the 1% portion of the article by looking at the following (an excerpt from the post):

But how impressive exactly is that?

Well the Black Keys, at 800 for the less popular posts, works out significantly below 1% of their fans choosing to like it, and just under 1% for their most popular post. Bieber's rampant fans achieve similar numbers. Mumford's impressive number is actually only just above 1%."

I think the flaw in this thinking is that if someone doesn't register a Like, then they're not actually reading the post at all. We all know that's not the case, and in fact many of us see and react to posts without actually registering a Like.
The reason why an artist should continue to post without worrying about getting Likes is the same reason why advertising works - it's all about the impressions. The more impressions, or views, the more likely the viewer will take some action, like download some music, go to a show or buy a T-shirt.
As long as the information you post is valuable to the reader in some way, it's worth doing because you're reaching him in some way. In other words, it's nice to be "Liked," but it's not necessarily a sign of a successful post.
-----------------------------------
Help support this blog. Any purchases made through our Amazon links help support this website with no cost to you.
You should follow me on Twitter for daily news and updates on production and the music business.
Check out my Big Picture blog for discussion on common music, engineering and production tips and tricks.
Posted by Bobby Owsinski at 9:33 PM No comments:

The Internet In Numbers 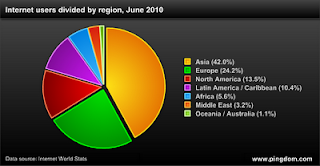 Royal Pingdom recently posted everything you wanted to know about the Internet in the last year As always, the numbers are staggering, and each year they get more so. Here's a sample.

Will We Be Buying By iPhone Soon? 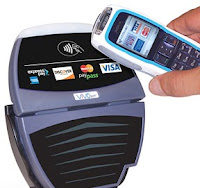 It's rumored that the upcoming iPhone 5 will employ a new technology called Near Field Communications, or NFC, that will let a mobile device owner wave their phone over a short range wireless receiver or tap the device to make a purchase. This technology is already widespread in Japan and used in Europe, but still hasn't broken through here in the States. But of course, if Apple adopts NFC, it's a whole new ball game.

Pay-by-cell phone, like subscription music, has been a dream of technologists and entrepreneurs alike for some time because of it's many advantages. Like what, you say?

How about an instant purchase without having to worry about the whole credit card process and the time it takes? Or all those purchases going automatically to just one bill - your cell phone bill? Or how about a jump start to the most sought-after transaction ever - micropayments? And as you'll see, it can be used for music discovery too.

Just like most improvements in our technological lives, convenience always triumphs over everything else, and an NFC enabled phone would certainly be the next step.

Interestingly enough, I first heard about NFC two years ago when I interviewed my friend Ken Rutkowski, the host of the World Tech Roundup at KenRadio.com and facilitator of the Media Entertainment Technology Alliance, for the Internet music guidebook Music 3.0.

Ken hit it right on the nose about NFC, only his take was more about music discovery and sharing. Here's what he had to say.

"There’s a new technology in Asia that’s trickling down here called NFC, or Near Field Communication. It’s like Bluetooth in that it allows us to sync with other devices, but it’s more specific.

If I walk into a room of 20 people, my device will know which of those 20 people I want to sync with and what areas of their device that I want to sync with. For example, say five of these people are trusted friends that have trusted libraries on their phones. When I walk into this group, my phone, through NFC, might intelligently connect to all my friends’ phones and download a playlist or certain types of content. It’s all invisible to me. So the next form of communication and technology is the personalization of my community while I’m with my community.

Any time I’m with you I get to experience the music that you’re listening to, for example, without having to go download it off the Internet. When I get back after hanging out with you, I’ll see my phone blinking and realize that I just exchanged content with you. It’s a new type of discovery that you don’t have to manually engage. That makes meeting people one-on-one more important than having that distance that we have today. It’s more about “I want to discover, but I want to be with my friends when I’m discovering.” It’s hard to wrap your head around it, but I believe that it’s going to make people want to get together more."

I always love marketing ideas that find a product niche where there wasn't one before, where you hit yourself in the head and say, "Why didn't I think of that?" Well, here's a good one, and it's called "DeadClubs."
DeadClubs.com is a site that offers new T-shirts from popular clubs from around the country that have long been closed. It's a great idea because enough people remember those clubs that whenever anyone shows up with a seemingly vintage T-shirt in prime condition, it always sparks interest. It's an automatic conversation starter.
DeadClubs.com is a work obviously in progress, as many of the other aspects of it such as "Dead Vinyl" and "Dead Air" aren't populated yet, but you can see where they're going with it. I bet this becomes a thriving little business in no time.
So if you're an artist or band, how can you use a similar idea? How about a T-shirt connecting your band at a show at a revered but long gone local club (make sure you get permission first, though)? How about a tour T-shirt at all the favorite dead clubs (maybe you can ask DeadClubs for help)? Why stop at venues. How about an association with old radio stations, record stores, pizza parlors, etc. (again, it's important to ask for permission first)?
The idea is to have something other than a normal artist or band T-shirt; one that strikes some extra interest or controversy. Anything that starts up a conversation with your name in it is the goal.
-----------------------------------
Help support this blog. Any purchases made through our Amazon links help support this website with no cost to you.
You should follow me on Twitter for daily news and updates on production and the music business.
Check out my Big Picture blog for discussion on common music, engineering and production tips and tricks.
Posted by Bobby Owsinski at 9:35 PM No comments:

The Music Industry Is Not Dying 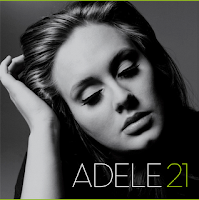 There's a lot of doom and gloom about the music business out there, and I've certainly been responsible for my little piece of it. But if anyone thinks the music business is really dying, they're absolutely wrong. It’s evolving, morphing, transmuting, adjusting, adapting, reconfiguring, transitioning and progressing; but it’s not in any danger of dying.

While it’s absolutely true that album sales are down 65% from 2000, that still means that 326 million where sold in 2010 in the US alone. That’s a lot of music being sold. 2010 also saw nearly 1.2 BILLION digital downloads sold. Again, a huge amount. Internet radio service Pandora has over 80 million registered users and 30 million active users a month, which is almost one in ten Americans. As of the beginning of 2010, more than 278,000 artists sell their music at CD Baby and over 5 million of their CDs have been sold online to customers. So there are a lot of people out there willing to part with their hard earned money for music.

Now comes the best reason to believe in the industry. As of last week, British singer Adele has sold over 1 million albums in the UK alone since her album 21

was released at the end of January, plus another 325k in the US (check out my Big Picture production blog for an analysis of her hit "Rolling In The Deep.

" People are willing to pay for quality music; they just haven't seen or heard enough of it in a while to get really excited with their pocketbooks in big numbers like they used to.

Remember, the music industry only dies when people stop listening. See any evidence of that lately?