Only 1 In 4 Spotify Users Pay

Spotify is growing and it now has more than 60 million subscribers, but how many of those actually pay? It turns out that about 25% are paying subscribers, bringing the figure to around 15 million, which was a substantial increase over the previous year. What's more, that's still a lot better than Pandora, which runs at about a 10 to 1 paying subscriber ratio.

That said, Spotify has been running discounted deals for the better part of that time period, so basically no one is paying "retail" for their subscription. The big question is, what will happen when the prices go back to normal?

The other major looming question is, what will happen when Apple's Beats service is reloaded and launched this year, along with YouTube's Music Key? Will the increased competition stunt Spotify's growth?

If I had to wager on it, I'd say that all of those concerns will factor into a tougher year for the platform in 2015.

Here's a infographic from Statista that shows Spotify's recent growth.

You will find more statistics at Statista
Posted by Bobby Owsinski at 9:30 PM 1 comment:

Releasing An Album On Dead Formats 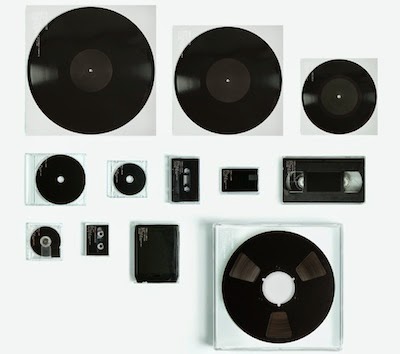 It's been quit the thing to do in recent years to release an album on a format that was dead and gone. For a while that was vinyl, then 8-track was the thing to do. No one would be able to play it, but it was good for the PR value.

But how about release an album in just about every format ever used? That's what British musician Trevor Jackson did with his new Format album, making it available in no less than 12 different delivery formats.

Format is available in three sizes of vinyl (12, 10 and 7 inch), CD and mini-CD, reel to reel, USB stick, cassette, VHS, MiniDisc, DAT and 8 track. If none of those work for you, it'll also be available digitally in March.

The album is being released by Jackson's label The Vinyl Factory, and actually doesn't have any new material, since it's made up of remastered and re-edited tracks from his previous records.

This might seem like just a PR stunt, but it got us talking about it, so it worked. That said, it still has a way to go to compete with OK Go's DNA album, which was literally released as organic DNA.
Posted by Bobby Owsinski at 9:30 PM No comments:

There are apps to help you find concerts, there are social apps, and there are dating apps. Most of them cross over a bit, bit they all stay in their particular specialization. So what if you want to go on a date with someone in a low pressure environment? If that's you, then meet Wego Concerts, which arranges a date at a concert you'll both enjoy.

Fans connect to the free services through their Facebook page, and the app then probes your iTunes library to create a musical profile of you to make recommendations to concerts that you'd probably like to see. You have the ability to edit your playlists before anyone else sees them (which can be handy if you're a closet Justin Bieber fan), then you set your dating preferences - male/female, age, etc.

At that point you're able to browse through a range of people in your area with similar musical tastes. Users seeking dates have a heart surround by a pair of headphones so they can be easily identified, but you can look for other like-minded people to share the concert experience as well with no dating in mind.

One interesting thing that the app developers have found is that the romantic connection is deeper if the act they see together isn't that well known.

I'm not sure how they're monetizing this app, but anything that helps people go to shows can only be a good thing. 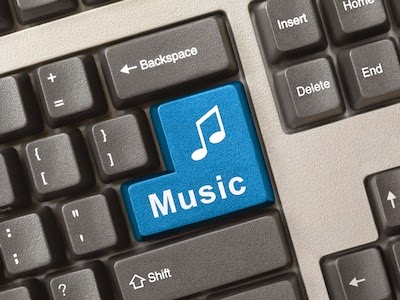 While it seems like a country and pop world when you listen to the radio, it's a completely different planet when it comes to total music consumption across all delivery platforms, according to a study by Nielsen Music. The study selected the top musical genres looking at albums, track equivalent albums (downloads) and streaming equivalent albums. This is what was found:
When it comes to actual album sales, Rock had a commanding lead over the next closest genre with 33.2% over R&B/Hip Hop's 13.9%.

This goes to show that consumers of the Rock genre are used to buying albums and are still most comfortable consuming their music that way. That said, Rock consumers have embraced streaming as well at 24.7%, just behind R&B/Hip Hop's 28.5% and ahead of Pop at 21.1%.

While Rock may not have any artists in the top 10 of almost any overall sales chart, as a whole, the genre is still vibrant. In fact, since it no longer relies on a few huge sellers to prop up the numbers, it might actually be healthier than many of the other seemingly more popular genres.
Posted by Bobby Owsinski at 9:30 PM 3 comments:

While we're increasingly living in a streaming world, radio is still our go-to source when it comes to discovering new music, according to the latest study from Nielsen Music. 51% of Americans still discover most of the new music they listen to via radio, even though on-demand streaming increased by a whopping 54% last year to over 164 billion streams.

The study also found that 243 million people age 12 and over tune into radio every week, which is 91% of the population within the top 250 markets. Of that, 23% listen in the car, while 16% listen to the radio at work.

What are the top radio formats? No surprises here, according tot he survey.

Of these 10 formats, Country Music grew the most significantly in the first half of last year, especially for listeners in the 18 to 34 age group.