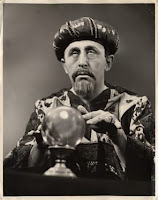 Yesterday I posted a number of predictions for the musical instrument and pro audio industry on my Big Picture blog, so today I wanted to post a few pertaining to the music business. As with my other predictions, they're based on a bit of inside knowledge, a few rumors, and my ability to read the tea bags.

1) Subscription music gains a bit more traction. Subscription service Spotify debuts but they'll be crippled due to oppressive licensing deals with the major labels and a cash flow problem. However, music lovers get more and more used to subscription - and they like it. 2010 is not the year subscription reaches critical mass though, because........................

2) Apple waits it out. Apple now has the infrastructure to launch a subscription service since they bought LaLa, and they're just the 800 pound gorilla to push it over the top. Not in 2010 though, as they squeeze one more year of downloads out of the iTunes store. 2011 will be a different story altogether.

4) A new class of social media company arises. In 2010, you'll see companies that are dedicated to managing all the social media of an artist so the artist can get back to making music. Sure, there are a few companies like that now, but most of them tend to specialize in PR, or site, MySpace and Facebook design. This new class of company will concern itself only with social media management, and will remove the burden from the artist for better or worse.

5) Record labels get smarter. Let's face it, we like to paint these guys as stupid and out of touch. Sure, many of them are, but there are a lot of bright, passionate people still in the music business and they're learning fast what it takes to give the public and the artist what they need. Look for some surprisingly hip initiatives from labels big and small in 2010 (and a bunch of incredibly stupid ones too.)

6) Concert ticket prices come back to earth. You can only soak the people so many times even in good times, but when times are tough the pocketbooks close quickly. Major artists begin to realize that fans just don't want to see them every year, especially when they could be paying the rent or the mortgage or putting food on the table with the money instead. In 2010, the whole concert industry begins to wise-up and understand that the only way it can survive is by offering tickets at Chevy prices instead of a Ferrari.

7) Twitter takes a fade. It's happening already - there's more and more spam on Twitter and it's been hacked too. And more goofy, inane posts by people that should know better. Why would you think in your wildest dreams I'd be interested in the fact that you just bought a muffin at Starbucks? In 2010, the pushback begins.

Let's see how these work out. Happy New Years and thanks for reading everyone!!
Posted by Bobby Owsinski at 9:42 PM No comments:

11 Interesting Moments For The Music Industry In 2009 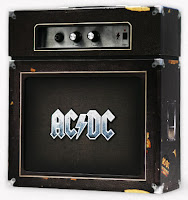 2009 was filled with numerous interesting moments for the music industry as Music 3.0 kicked into high gear. Here are some significant events from last year, in no particular order:

1) Social Media - 2009 became the year that everyone in the music business - from label execs to artists - realized the true value of social media and began to work it hard.

2) Twitter - This was the year that Twitter became a real force in the artist's social networking toolbox as artists large and small in stature reached out to their audiences. While acts like Coldplay and Pearl Jam kept it business-like, artists like John Mayer stayed personal enough to the point where you felt like you knew him. And Justin Bieber even caused a riot by an errant Tweet from his label.

3) Concert Attendance Takes A Hit - Long thought to be immune from financial downturns, attendance dropped everywhere in the concert business as even major artists played to less than sold-out audiences. Concert promoter LiveNation even offered "No Service Charge Wednesdays" and tickets for as low as $5 to get meat in the seats.

4) Virgin Music Closes - Even though they were still profitable, music retailer Virgin Music closed it's last 6 stores, discovering that the real estate was more valuable than the merchandise inside.

6) Box Sets Get Innovative - Major artists take Trent Reznor's lead and release box sets, with one more elaborate than the next. AC/DC even packages their merch inside a working amplifier (see side graphic).

7) Subscription Nears The Turning Point - With the subscription service Spotify gearing up to launch in the US in 2010, the industry gets the feeling that the public is finally ready to embrace subscription music. Is the feeling unfounded? We'll know shortly.

8) Apple Buys LaLa - In what may be a precursor to an iTunes subscription service, Apple purchases the hybrid service LaLa.

9) Music Games Slump - After dominating the game scene and becoming an unexpected income source to labels and artists alike, the music game business took a sales hit as new versions of Rock Band (even by The Beatles) and Guitar Hero struggled.

10) Secondary Ticketing Exposed - The long time practice of reselling held-back concert tickets through scalpers finally came to light, with major artists like Bruce Springsteen and Bon Jovi (among others) taking big hits to their reputations. No wonder you can only get the best seats from scalpers.

11) CD Sales Come Back A Little - In December, CD sales come back like it's 2005 as multiple artists sell in the 100,000's per week. Susan Boyle comes out of nowhere to sell nearly 3 million in a month, closely followed by Andrea Bocelli.

It was an interesting year. Let's hope 2010 is just as interesting.
Posted by Bobby Owsinski at 9:20 PM 1 comment:

The music industry changed in oh so many ways in the 2000's. What started as a decade of business more or less as usual has terminated in a business in upheaval. Somewhere in the middle is where the industry transitioned from Music 2.0 to Music 2.5, then finally to Music 3.0.

In case you've forgotten how I've broken down the era's of the music business, here they are:


Music 1.0 - the first generation of the music business where the product was vinyl records, the artist has no contact directly with the record buyer, radio was the primary source of promotion, the record labels were run by record people, and records were bought from retail stores.


Music 1.5 - the second generation of the music business where the product was primarily CDs, labels were owned and run by large conglomerates, MTV caused the labels to shift from artist development to image development, radio was still the major source of promotion, and CDs were purchased from retail stores.


Music 2.0 - the third generation of the music business that signaled the beginning of digital music, piracy ran rampant due to P2P networks but the industry took little notice as CD sales were still strong from radio promotion.


Music 2.5 - the fourth generation of the music business where digital music became monetized thanks to iTunes and later, others like Amazon MP3. CD sales dive, the music industry contracts and retail stores close.


Music 3.0 - the current generation of the music business where the artist can now communicate, interact, market and sell directly to the fan. Record labels, radio and television become mostly irrelevant and single songs are purchased instead of albums.


As we entered Y2K (don't hear that term much any more) the music biz was sure that it could handle the onslaught of digital music in the form of MP3's. It was convinced that it could combat the piracy, CD sales, while not at all time highs, still remained strong, and radio and television were as important as ever for promotion. We were in the heart of Music 2.0.

2001 saw the first of many daggers to the heart of the music business, this one from an unlikely source - the computer industry - as Apple introduced iTunes. Little did the major labels know what was in store for them as they all made deals with Apple, which then released the iTunes Store in 2003. That was the year the music biz transitioned to Music 2.5 as digital music became monetized for the first time.

Although MySpace and Facebook were created later in 2003, it wasn't until later in the decade that they would become the key to the transition to Music 3.0. By 2007, artists everywhere discovered that they could reach out directly to their fans and their fans could reach back, which was the beginning of Music 3.0 and where we stand now.

Today's artists have so many possibilities that they've never had before, from producing their own music, to finding and developing an audience, to marketing and selling directly to that audience, to listening and communicating with their fans - all with ease and little expense. That's what Music 3.0 has to offer. But it sounds easier than it is, since all these possibilities still require good old fashioned work.
Posted by Bobby Owsinski at 8:31 PM No comments: