The State Of The Internet - Part 2 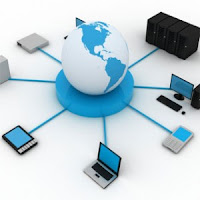 A few days ago, we posted The State of The Internet numbers that looked more at Internet users than anything else. Pingdom recently posted some amazing stats about "Internet 2009 In Numbers," that are more about the Internet itself. Here are some highlights.

The Internet and its use continues to grow at breakneck speed. Let's see what the next year brings.
Posted by Bobby Owsinski at 9:17 PM No comments:

Email ThisBlogThis!Share to TwitterShare to FacebookShare to Pinterest
Labels: domain names, Pingdom, state of the Internet 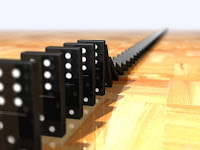 Let's face it, social media is complicated, especially for a musician who would rather be playing or writing than dealing with something that can be so abstract. It wouldn't be so bad is there was only a single network like MySpace or Twitter to look after, but the fact of the matter is that the typical artist or band has a presence on at least the following:


Plus you could add in Sonicbids, Reverbnation, blogs or any of the nearly 100 other social networks with over a million subscribers.

In order to use these tools efficiently so there's enough time left in the day to make some music, an artist/band needs a strategy to make social media into an effective tool of growing an audience and communicating with them. Social Media Management (SMM) is not only the overall strategy for using all of these social tools, but the way you use them as well.

Here are some of the strategic points that SMM covers:

In upcoming posts, we'll be looking at the various aspects of social media management and how they can be employed to increase you audience and keep them happy without it taking 20 hours out of your day.
Posted by Bobby Owsinski at 8:57 PM No comments:

The State Of The Internet

Focus.com offered this great graphic that tells exactly who uses the Internet, what they do with it, and how often. Unfortunately, the graphic won't go any larger than you see on the left in Blogger, so you'll have to go to Mashable to see it in full.

Here are some of the interesting points that the graphic makes:

- The higher the income level, the more someone has broadband access.

- 94% of college graduates are online (that low?), while only 39% of people with less than a high school education are.

- Just like you'd expect, Internet use is up significantly in just the past five years. In 2005, 27% of people surveyed used the Internet “several times a day.” Now it’s 38% (once again, that low?)

- 54% of bloggers consider themselves experts on whatever it is they’re blogging about, 15% are "confessional" and 16% are "snarky." 41% are journalistic while 44% are "humorous."

- Norway has the highest level of Internet penetration, while the United States is in fifth place.

- Japan has the fastest Internet connections on average with the average speed at a whopping 61mbps!!! The US is 15th with an average of only 4.8mbps.

- The average mobile Internet connection is only about 700 Kbps, which is no surprise if you own an iPhone and you like to surf the web.
Posted by Bobby Owsinski at 8:20 PM No comments:

Email ThisBlogThis!Share to TwitterShare to FacebookShare to Pinterest
Labels: focus.com, Mashable, state of the Internet

The Number of Followers Isn't Important

There's too much emphasis on the number of friends, contacts or followers that one has these days. Regardless of whether we're talking about a social network or email list, to many, it's just a game and the one with the most friends wins.

In Music 3.0, that's not how it works though. The number of friends is really irrelevant. It's the quality of those connections that are important. Big Twitter follower numbers don't matter much if most of your contacts ignore your communication. They have to truly want what you have to offer for the connection to be worth much.

In fact, your focus should be on how often you connect and collaborate with your followers, since that's far more important than the shear numbers of followers that you have. You have friends and followers for a reason, and that's because they believe that you can offer something helpful or something interesting to them, or in the case of music, something they really want to experience. You are there for them, not the other way around.
Posted by Bobby Owsinski at 8:26 PM No comments:

Email ThisBlogThis!Share to TwitterShare to FacebookShare to Pinterest
Labels: number of followers 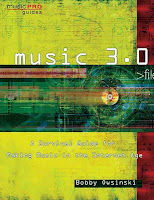 You can read more excerpts from the Music 3.0 Internet music survival guide and look at a table of contents on the Bobby Owsinski website.
Posted by Bobby Owsinski at 9:10 PM No comments: