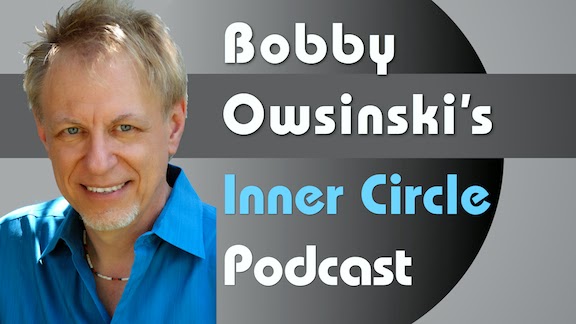 I'll also talk about Facebook Likes, who has the most and what they really mean, as well as a look at my personal experience with some expensive high-end audio and power cables.

Take a listen at bobbyoinnercircle.com, iTunes or Stitcher.

The Numbers Add Up For YouTube’s Music Key 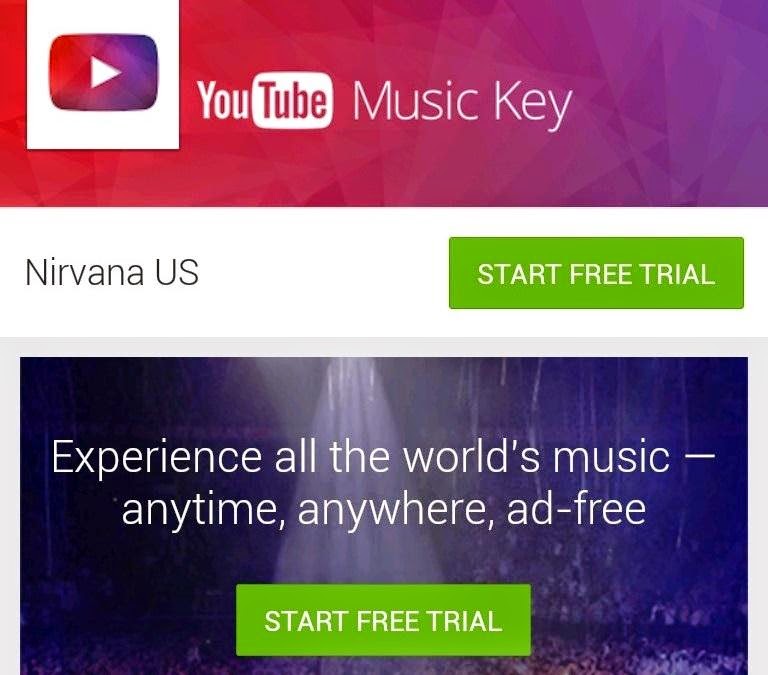 For the better part of a year we’ve been hearing rumors about YouTube’s “soon to be launched” subscription music service, but details were always sorely lacking - until now. Android Police seems to not only have uncovered some details about the service, reportedly to be called “Music Key,” but even has a few screen graphics as well.

If you’re not familiar with the situation already, YouTube (which is owned by Google) is the leading online platform for music discovery, as well as the preferred music service for those 18 and younger. In fact, 38.4% of all its video views come from music, and 10 of YouTube’s top 20 channels are dedicated to music, according to the YouTube analytics firm Tubular. Google has wanted to monetize these music video views even more than it has already with advertising by spinning off a separate music-only subscription service, and that’s what Music Key is.

Reportedly the service will be an audio-only platform that will cost $9.99 per month, but for that the commercials are eliminated, and the user will have the new-found ability to listen to songs offline. A free 30 day trial is said to be offered, at least during the product launch.

Google does face a number of challenges with Music Key however. First is the cannibalization of its own Play All Access music streaming service. Word is that the company will rebrand it as Google Play Music Key, but it still seems like there’ll be some confusion there, like which service do you subscribe to? Is there a difference between the two? Does one have advantages over the other? Does a subscription cover both? The problem here is that the company should be trying to draw a distinction between itself and other competing services, not between its own properties. It seems like a small issue now, but it just might be enough to make a potential customer throw her hands in the air in a fit of indecision and subscribe to Spotify instead. Read more on Forbes.
----------------------------------
Help support this blog. Any purchases made through our Amazon links help support this website with no cost to you.

The 2 Types Of Fans That Every Artist Has 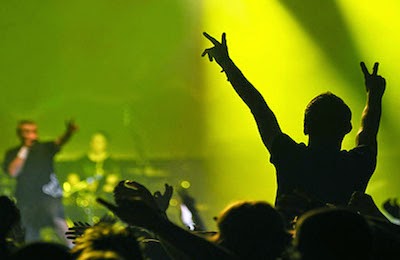 Every artist, whether they're selling out arenas or still working in clubs, has two types of fans. Most artists never bother to differentiate between the two and therefore don't grow their fan base as quickly because they tend to cater to the wrong group. In this excerpt from the latest edition of my Music 4.0: A Survival Guide For Making Music In The Internet Age book, you'll see the differences between groups and why one is more critical to your success.

"Music 4.0 is totally dependent upon the development, care, and feeding of your fanbase. Your core fans or “tribe” is only a piece of your total audience though. Your audience can be broken down into the following two categories: your casual fans and your core fans.

Your total audience, or your fans, are fervent about a particular small niche of music that’s usually a subcategory of a larger genre, which means that they love speed metal (as opposed to the much larger metal or hard-rock genres), bluegrass (as compared to the larger country-music genre), or alien marching bands (as opposed to either of the larger alien-music or marching-band genres). If you’re an artist in that particular niche, your audience will automatically gravitate toward you, but still might not be your fans. This includes casual fans, occasional listeners, and people who like what you’re doing yet aren’t particularly passionate about it.

Although this part of your audience can’t be ignored, it’s probably not a good idea to expend all your energy on it. They’re aware of you and will probably give you a try with every release, unless they’re disappointed too many times in a row. They can be turned into passionate fans though. One “hit” song or album, a change in image, or a change in general perception, and they become the passionate critical mass needed for the breakout that turns a respected artist into a true star.

In Music 4.0, your most important core audience contains your most passionate fans, or your “tribe,” as described in Chapter 4. They’ll buy whatever you have to sell, work for free, recruit other fans, and basically do anything you ask. All they want is access to and communication with the artist, which is the basis of Music 4.0.

So to summarize:
Knowing the difference between fan groups can make a difference between chasing your tail trying to please casual fans that only marginally care about you, or growing your audience by cultivating your most passionate ones.

Getting Paid For Soundcloud Plays 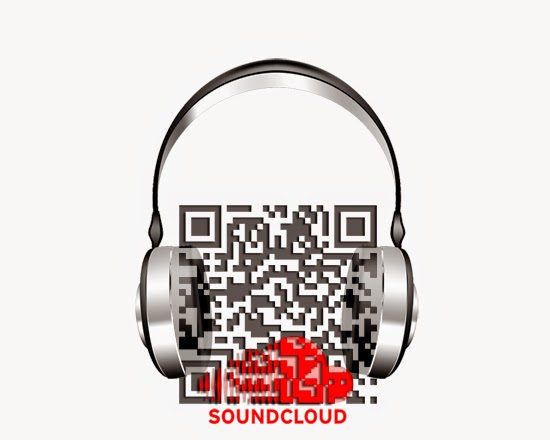 Soundcloud has made the ultimate move of monetizing the platform by deciding to introduce advertising on the platform for the first time, it was announced recently. The good part about this is it gives artists a chance to actually get paid for their streams just like on YouTube.

Until now, the company derived its revenue primarily from Pro accounts, but as of August 21st the company introduced a new strategy designed to give users new tools for uploading and tracking engagement, growing Soundcloud's audience, and introducing adverts into the platform.

Soundcloud will implement a new partner program called On Soundcloud that provides a brand new Premier tier, which is invite only at the moment and includes advertising from 5 different components - native (not sure what that one is yet), audio, display, channel sponsorship and contests. The first five sponsors are Red Bull, Jaguar, Sonos, Squarespace and Comedy Central.

What's interesting is that Soundcloud doesn't have signed deals with the major labels in place yet, but has decided to launch anyway. That said, the company is said to be in talks about the agreement, and expects to have something in place by the time it rolls out its new subscription service. For the moment, the program is only available in the US.

Bottom line - Soundcloud is trying to become an audio-only YouTube, and having a revenue model in place in order to pay artists for their participation goes a long way to that end.

Fewer and fewer people are buying albums, especially online, but it's still interesting to look at the buying patterns. Global ecommerce company GeoRiot analyzed 500,000 clicks to albums on iTunes and found an interesting trend.
What that means is you have a very short period for potential album sales that's based around the release date in most cases. That's why the new strategy of releasing a digital single every 4 to 8 weeks before the album is released makes much more sense for our Music 4.0 world. That way there are many more events to generate interest, many more opportunities for your fans and listeners to be exposed to the music, and you can still compile them into an album release at the end anyway.

We now live in a singles world and that means our strategy based on the album has to be revamped.

The Dumbing Down Of Taylor Swift 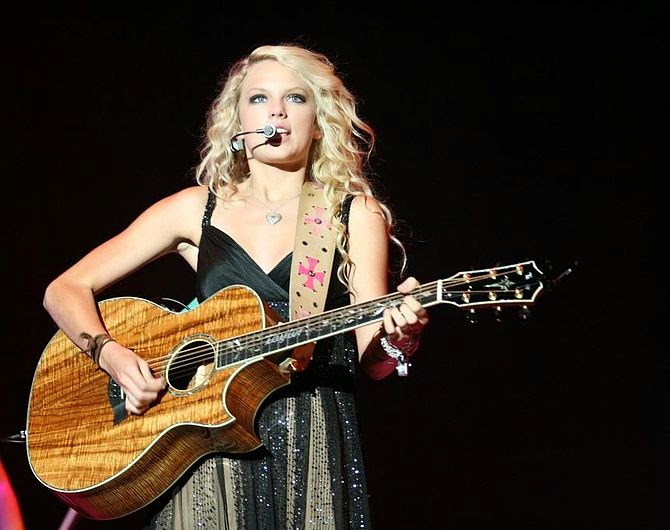 The music of female pop singers, not to mention the pop singers themselves, is so interchangeable these days that it’s difficult to tell them apart. Jesse J, Miley Cyrus, Rihanna, Demi Levato, Ariana Grande, Rita Ora - unless you’re a 14 year old girl you’d be hard-pressed to identify which is which when played back to back. The last star we expected to fall into this crowd was Taylor Swift, but there she is, dumbed down like the rest of them with her latest release “Shake It Off.”

In a world where the music on the radio increasingly sounds the same, Taylor Swift stood out from the rest. She wrote her own music, and was able to share the details and feelings of her life in a way that was overwhelmingly relatable to her audience. Not only that, she had a personal relationship with that fans that was fairly unique amongst pop stars today. She wrote about the things they cared about, but she was also reachable by social media, just like they were, and had the most amazing and enduring quality that any music star could hope for - she was her audience.


It’s fair to say that the measure of an artist isn’t necessarily their singing or musical ability. What really makes an artist into a star and provides for a long career is the ability to write songs, a rule of stardom that virtually every American Idol winner has managed to prove. Of course, songwriting has been Ms. Swift’s strong suit, and she certainly had her hand in “Shake It Off,” as evidenced by the lyrics. Read more on Forbes.
----------------------------------
Help support this blog. Any purchases made through our Amazon links help support this website with no cost to you.