Ever wonder which online music distributor is the most influential? Of course we know that's iTunes, but it's a big world out there and you'd be surprised all the other services that have huge customer bases. Here's an overview from Digital Music News regarding the state of music monetization.
-------------------------------
These are the stats we've been able to confirm; please share if you've got more numbers.

(4) Pandora
* Registered users: 90+ million (per SEC filings, June 2nd.) Of note: Subscription and other premium payments accounted for 13.6 of total revenues, according to February disclosures. Pandora has counted more than 10 billion thumbs, though they are not yet profitable (as of April, 2011).

(5) Rhapsody
* Paying Subscribers: 750,000 (per Rhapsody president John Irwin, January 20th). Of note: Increase of 100,000 since April, 2010; awaiting half-year updates (company is preparing to announce a major increase, according to conversations with the company).

3 Ways To Screen Your Followers 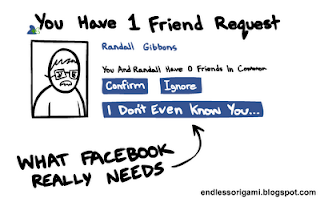 When it comes to social networking, not all fans are created equal. Some are stalkers, some only want to build a large friend list and could care less about you, some will never use the service after the first week, and others want things from you that go above and beyond the typical follower relationship. That's why you have to screen your Facebook Friend requests when possible. After a couple of, shall we say, unsavory experiences, here's what I do.

1. Ask yourself "How Do I Know You?" Even if you have 25 mutual Facebook friends, there has to be something more to be sure the connection is right for both of you. Unless there's a referral from a a most trusted friend, I automatically go to step 2.

2. Check out the bio, photos and posts. I always look at someone's bio first to see if he or she is in the music business or some other business that I'm in. If I can't tell from that, then I move on to the photos. If I see something like the person on stage or in the studio, you're in. If there's nothing to indicate we have a connection of some sort, then I move on to the posts. Again, if you have some posts that indicate we have a professional connection in some way, you're in. If all I see are posts about your personal life, you're not.

About the worst thing is someone who has no history of posts, won't let me see their info unless we become friends, or only has some goofy profile picture that tells me nothing about you. Next!

3. Keep it professional. If you're using social networks as a promotional tool, you've got to keep your posts professional for the most part. It's okay to post something personal, and your fans certainly want that, but never get too intimate regardless of how tempted you may be. A certain congressman just found that out the hard way.

It goes the same for your fans. If someone is coming on too strong, it's time to unfriend them. If a "friend" is coming into town and wants to meet, check them out thoroughly first. No background info, no coffee or lunch!

While we're on it, let me give you a few criteria I use when people email me to ask for help. I love to help people and I'm always there for anyone that asks, but there are a few times when I hedge a bit. The main one is "I'm doing a project for school and......." and suddenly there are 20 questions, or only one that's so broad it can take an hour to write a reply. I'm not going to write your paper for you unfortunately. Usually what I say is, "This is too complicated to write in an email. Here's my number and the best time to call. I'll tell you all you want to know then." I figure that in 15 minutes on the phone I can be a lot more helpful than taking an hour out of my day to write a reply that might not answer the question properly. It's funny though, people rarely call. Once again, I'd love to help, but I'm not going to write your paper for you.

So this is the criteria I use for accepting Facebook friends, which I've found to work very well. If I haven't accepted your Friend Request, now you know why.

Check out my Big Picture blog for daily discussion of music, recording, and production tips and tricks.
Posted by Bobby Owsinski at 9:38 PM No comments: 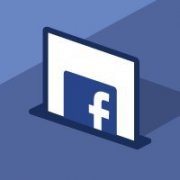 Jennifer Moire wrote a great post on the essential Hypebot blog a while back that outlined the 8 tricks for publicists using Facebook. I changed the title because I think that it applies to anyone promoting on Facebook, not only publicists, but the body of the post is the same. This is some really valuable info that can be useful immediately if you use Facebook as a promotional tool (which you should be doing).
--------------------------------------------------------
A rash of recent social media conferences inspired us to compile these tips to help public relations professionals get the most out of the social media site.

There's a lot of great information available via the links, so take a look at those as well.

Check out my Big Picture blog for daily discussion of music, recording, and production tips and tricks.
Posted by Bobby Owsinski at 9:30 PM 1 comment: 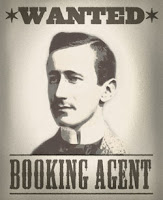 Dave Cool posted an interesting article over on musicthinktank.com the other day about "How To Get A Booking Agent To Book Your Band." While all the information is good, I especially liked the part about adding a section on your website called "Booking Info" or "Book My Band."

As I've advocated here and in my Music 3.0 book many times, your website should be the center of your online universe, with all social media pointing back to it. That doesn't mean it should be for fans only, there's a B2B (business to business) element to it as well, and that's providing an agent or promoter all the info and tools needed to make a decision on whether to book you or not. Here's what the article suggested.
-------------------------------------
If you’re generating some buzz in your local scene, make sure that if an agent does check out your band that you have the right information on your website for them to see. Create a “Book My Band” section on your website, which would be similar to an online press kit, but it would include things like:
Other than that, you should always blog about your live shows. Talk about the turnout, the crowd reaction, and post plenty of pics and live video whenever you can. All of this will help create the impression that you’re a hard-working band that takes their live shows seriously.

Read the entire article at musicthinktank.com.

Mike Venti recently wrote a great article on weallmakemusic.com entitled 7 Ways To Sell More Merch. In it he has some excellent suggestions to increase your merch sales, which is one of the keys to surviving in this Music 3.0 age we live in. Here are 5 of the 7 ways from the article. You can read the entire article here.
--------------------------------


Location, Location, Location
The visibility of your table makes all the difference. If you’re set up in a dark, shadowy corner of the club, not nearly as much foot traffic will make its way to your table. Many concert goers may miss it entirely. For maximum effect, have your table in a well lit, high traffic area. Be sure to make sure your table’s placement by is alright with them. If you can set up by the venue’s entrance/exit, for example, everybody will have to walk by it at least twice that night.

Convenience
Just because somebody’s spent all their cash on drinks doesn’t mean you should miss out on a sale.
Make sure that you can process credit cards, either with an old-fashioned swiper or through digital card readers on your smartphone.

Great Deals
Nobody can pass up a great deal, so make sure your to bundle your merch in ways that seem like a bargain. Instead of selling a CD for $10 and a T-shirt for $20, sell them together for $25.

Signage
You should have a sign (or signs) with your all your prices. That sign should be written in print large enough that it’s legible from a few feet away. Introverted people and browsers like to see all the pricing information without having to strike up a conversation with the merch person. If you’re fortunate enough to have a very busy table, visible prices also help your merch person focus on selling rather than reciting prices over and over again.

Freebies
Offering free stickers, guitar picks, buttons and other small promotional items is a great way to encourage people to gather around your merch table and make it stand out. Large crowds naturally help attract even more people over to your table, giving you the opportunity to make even more sales.


Read the entire article on weallmakemusic.com.