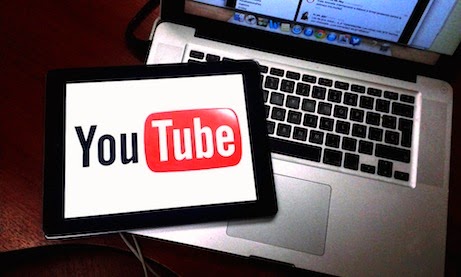 We’ve known for months that YouTube will soon introduce its own streaming music service, and in doing so it's revisiting its licensing agreements with all the major and indie labels. For a monthly fee the new service will reportedly allow users to download their streams to enable listening offline, and also eliminate those annoying adverts that we all hate so much but are so necessary to the revenue stream of the content owners.

The negotiations aren’t going so well on the independent label side though, as indie label associations worldwide are refusing to sign what has been labeled as an unfair agreement. As a result, YouTube is threatening to block all current YouTube content from indie labels that don’t sign the agreement and prevent them from uploading anything new as well.

The indie label’s point of contention is that they’re not being offered the same royalty rate as the major record labels, and what is being offered is reportedly lower than that of Spotify. As a result, the American Association of Independent Music (which represents US indie labels) has petitioned the US Federal Trade Commission to intervene, and the Worldwide Independent Network in London has filed a complaint with the European Commission.

That said, YouTube is well within its rights to refuse service to a company that doesn’t agree to its terms as much as a grocer isn’t obligated to lower the price of a single loaf of bread to the same price that a restaurant might pay for a hundred. The difference is that it’s also the same as not allowing you to purchase anything else in the store unless you buy a hundred loafs of bread like the restaurant. Read more on Forbes.
----------------------------------
Help support this blog. Any purchases made through our Amazon links help support this website with no cost to you.

Jack White's Lazeretto Goes To #1 Because Of Vinyl 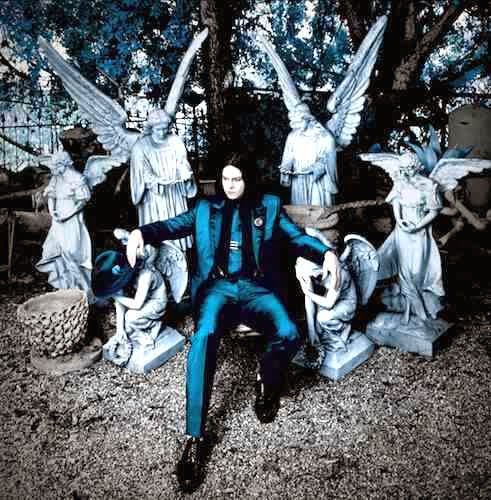 It used to be that you needed sales of 1 million+ and massive radio airplay to get to #1 on the Billboard 200 album chart, but those days are long over. Today the sales requirement is a lot more modest, sometimes as low as 50,000, which includes all sales of CDs, vinyl and downloads. That's why it's so interesting that Jack White's new Lazaretto album went to #1 this week, but chiefly based on his vinyl sales.

Lazeretto had total sales of around 138,000 in the week ending June 15, but 40,000 of those where vinyl copies, which also garnered him a #1 on the vinyl chart as well. To put that into perspective, the CD sales were only 41,000 and the rest were attributed downloads.

But the 40,000 vinyl sales were significant in another way. They were the highest weekly sales since Soundscan began sales measurement in 1992.

One of the things that really helped the vinyl sales of Lazeretto is the extra features that White included to make the record unique, like:
Jack White has always pressed the limits of technology and music, and this time it appears to have paid off. 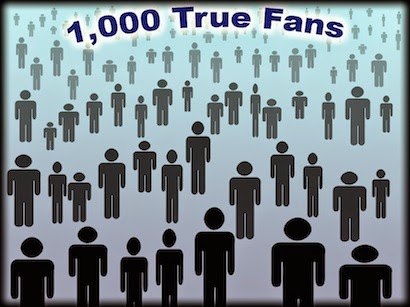 In the latest version of my Music 4.0: A Survival Guide For Making Music In The Internet Age book I explain that making a living in music is considered the new success, as we shift our priorities to DIY. That said, the way that's accomplished is by have a group of core fans. In the following excerpt from Music 4.0, this "1,000 True Fans Theory" is explained.


"The “1,000 True Fans Theory” by Wired magazine’s “senior maverick” Kevin Kelly states that all an artist needs is 1,000 true fans to maintain a fruitful, if unspectacular, career, thereby relieving the artist of the need for some of the nastier things in life as a regular job. True fans are sometimes called superfans or uberfans, depending on whose theory we’re talking about.

A creator, such as an artist, musician, photographer, craftsperson, performer, animator, designer, videomaker, or author---in other words, anyone producing works of art---needs to acquire only 1,000 True Fans to make a living.

A True Fan is defined as someone who will purchase anything and everything you produce. They will drive 200 miles to see you sing. They will buy the superdeluxe reissued hi-res box set of your stuff even though they have the low-res version. They have a Google Alert set for your name. They bookmark the eBay page where your out-of-print editions show up. They come to your openings. They have you sign their copies. They buy the T-shirt, and the mug, and the hat. They can't wait till you issue your next work. They are true fans.

The idea is that if each of the 1,000 fans bought $100 worth of product every year (the figure equals an arbitrary full-day’s pay), you’d have an income of $100,000, which, even minus expenses, can still represent a reasonable living for most artists. The trick, of course, is how you expand your fanbase to that magic 1,000-fans number (providing that you buy the theory, of course).

Like most theories on such things, the detractors of the 1,000 True Fans theory point out several relevant issues. They are:
While the total number of true fans actually required to make the theory work (is it 300 or 1,000 or 4,000?) may be in question, the idea is that you need this hard-core group in order to sustain your career. Whatever the number that you’re lucky enough to develop, be sure to take care of and nurture them, because they truly want you to." 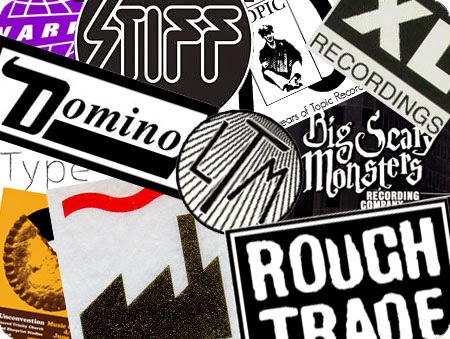 It's an open secret that YouTube is preparing to introduce its own streaming music service soon, and in doing so it's revisiting its licensing agreements with all the major and indie labels.

Apparently that isn't going so well on the indie side, especially in Europe where the Worldwide Independent Network (WIN), a global consortium of small labels, is refusing to sign what it deems to be an oppressive agreement.

This seems pretty harsh, and indeed it stops the WIN-associated labels and their artists from directly making money from their videos, but it doesn't mean that artists like Adele and Arctic Monkey's won't be represented on the service. The ban apparently applies to only master recordings, and since the majority of videos are uploaded by fans themselves, it seems that only the "official" videos are in jeopardy of being blocked.

In essence, Google wants to refashion YouTube more as a music service, complete with the ability to download a song for offline playback. They want to pay the indies less for this feature than they'll pay majors, which is why WIN is balking.

You have to hand it to WIN for standing up to one of the biggest corporations on the planet. That said, record labels everywhere are relying more and more on the income from YouTube, and cutting that off can have a serious impact on their bottom line, which translates directly to the artists.

Let's hope that this disagreement is resolved soon for everyone's sake.

Amazon Prime Adds Music: The Good And The Bad 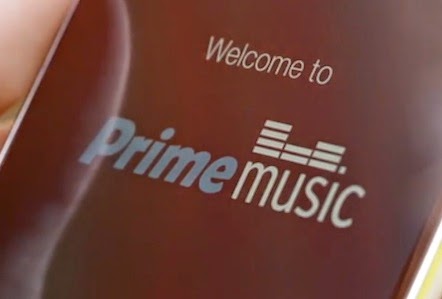 As predicted, Amazon Prime has joined the ranks of music streaming services today as its new Prime Music service has now gone live. This is a natural extension of the offerings available on Prime, which began as a $50 program to ensure free two-day shipping of purchased items from the online store. Since that initial conception, the program has expanded to include movies and television titles as well as books. Let’s look at the pros and cons of Prime Music as it now appears.

The Good
It’s a potential way to increase music sales. At least that’s how it’s being sold to record labels, and the company has an argument in that Amazon DVD sales have increased since Prime was introduced. The service has included Buy buttons that make it easy to fill out an existing music catalog that you might already have, but the big question still exists - why buy it if you can get it any time you want? Movies and TV shows rotate out of Amazon’s catalog all the time, so that might be a compelling argument to buy a DVD of something if it’s your favorite, but the rights issues involved in music prevent that from happening, although the average Prime customer may not be aware of that fact.

There’s no advertising on the service. This is a plus for the user but it also should be expected for a premium tier service.

Many songs are synched with lyrics. Many, but not all, of the songs offered in the Prime Music catalog offer simultaneous lyric availability thanks to a deal with LyricFind. That’s not such a big deal for some people, a bigger one for others, but it is a unique feature of the service. 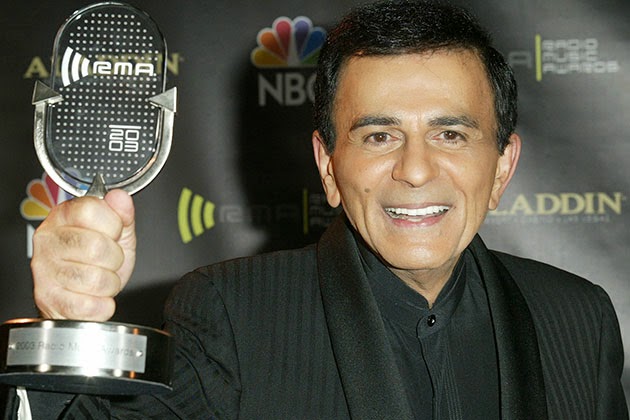 After a lengthy illness, legendary radio countdown show host Casey Kasem has passed away, and another piece of the classic American experience has passed with him. Casey was the longtime host of a number of the most widely syndicated radio shows ever, including the American Top 40 franchise as well as Casey’s Top 40 and Casey’s Countdown, where the weekly top 40 (and later top 20 or top 10) songs were played in reverse order down to number one at the show’s end. Casey was noted for his folksy anecdotes and dedications between the songs, which endeared him to audiences all over the country.

I was lucky enough to spend some time with Casey in his luxurious home in Beverly Hills during the early 90s, and found him to be disarmingly normal, despite being surrounded by the accouterments of wealth. I was actually there to see his wife Jean, whom I was doing a media project for at the time, but Casey took it upon himself to entertain me while she was finishing up another meeting.

One of the things that struck me was that the man was just like his radio show. On the show he would dedicate a song to the little girl in DeMoines who’s puppy ran away, or the guy in San Antonio who just proposed to his girlfriend, and he made you feel that he really did care about these people and was talking directly to them. I saw this first hand when I met him, as Casey went out of his way to find out everything about me; where I was from, where I lived now, what I liked about Los Angeles, and even how I was dealing with the overbearing heat of that particular summer.

When I asked about a beautiful painting on the wall of his living room, he answered the question, but quickly turned the conversation back to me. The questioning didn’t feel anything like he was probing to make sure that I was qualified to work with his wife, since nothing he asked about was professional in nature. It was only what seemed to be his genuine interest in another human being in an effort to keep me from getting bored while waiting for the meeting to start. More on Forbes.
----------------------------------
Help support this blog. Any purchases made through our Amazon links help support this website with no cost to you.