There are a lot of music tech companies with eyes on their big score, commonly known as the IPO. Spotify is likely to be the next music tech company in line, but much depends on Twitter’s stock price over the upcoming months.

The influence of Twitter stock over music tech has been hotly debated recently, with Billboard’s Glenn Peoples stating that it will have little effect, while industry analyst Mark Mulligan claiming that the effect can be substantial. If you can’t already tell, I come down on Mulligan’s side, mostly because so much of the stock market is based on perception.

Have you even noticed that if a company’s quarterly profit doesn’t meet an analyst’s prediction, the stock price declines? This happens even if the company had what many might consider a good quarter where it was profitable and only missed the analyst’s prediction by a point or two. The reason for this? The perception that there must be something seriously wrong under the company’s hood if the arbitrary goals set by the analyst haven’t been met, regardless of how unreachable they might have been in the first place. Then there’s the case of how the stock price of a company can tank if a negative rumor gets out in the wild, even if it’s far from being true. That’s because stock prices are built more on perception than reality.

Of course that means that how Twitter does in the market will affect any tech or music tech company who’s IPO comes after it. Facebook already put a chill in the tech market when its stock didn’t perform as expected (there’s that perception thing again). Even though the stock has come back to trade above its IPO price of $38 (it’s trading around $46 today), the general feeling around it is negative and that had rubbed off on the Internet tech sector as a whole. Read more on Forbes.
----------------------------------
Help support this blog. Any purchases made through our Amazon links help support this website with no cost to you. 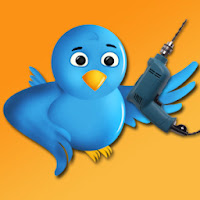 Twitter can be a great promotional tool for a musician, artist, band, engineer or songwriter, but it doesn't do you much good unless you can measure how well you're doing. Most social media analysts are paying less attention to followers and more to social interaction. Luckily there are a number of tools that allow you to determine just what your reach is. Here's an excerpt from Social Media Promotion For Musicians that looks at 5 free Twitter measurement tools.


"As with everything online, it’s possible to measure how well you’re doing on Twitter, although the measurement details can sometimes raise some eyebrows because of the differences between measurement tools. That’s why it’s best to look at the trends more than any actual scores that the following services provide. If you see a metric suddenly jump up or down, you want to know why. Likewise, if you see something trending up or down month over month, then it’s time for some real analysis. Here are a few measurement services to check out.
None of these tools are perfect so it's best that you use a couple to get a feel for your current Twitter presence."
To read additional excerpts from Social Media Promotion For Musicians and other books, go to the excerpts section of bobbyowsinski.com.

We all knew this was happening, but now a number of surveys have told us that YouTube is now officially more popular with teens than Facebook. Studies by both Piper Jaffray and The Futures Company have reported that teens are migrating away from Facebook, and that YouTube is the main beneficiary of that attrition.

And it seems that the younger the teen, the less interested in Facebook they are, with only 41.6% of 12 to 15 year olds preferring Facebook, compared to 48% last year.

Facebook is still a powerhouse that's actually beginning to become profitable, but there are signs of problems ahead. While there's no mass exodus away from the service, losing the next generation of users doesn't exactly make its future bright in the long term. 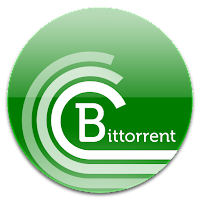 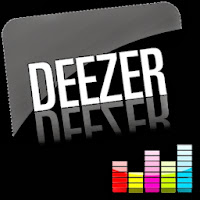 We’re living in a very interesting time in the music business. Unlike when the industry was caught off-guard by the MP3 revolution, the powers that be are totally on top of the one that’s happening now - streaming music - and they’re being proactive about dealing with it. Interestingly enough, they’re way ahead of the curve this time, even before the majority of the public. Let’s look at how this is playing out.

The first step in trying to take control of the situation came when the major labels pushed Spotify for an equity stake as part of the licensing deal that let it enter the US market. The labels weren’t about to lose control again like they did with iTunes a decade earlier, so this was a condition for the deal. Now with Spotify’s biggest competitor Deezer about to enter the US, you wonder whether the labels are asking for the same agreement. My guess is that they won’t get it this time, since they’re not in the same position of strength that they were even a year ago, as more deep pocketed competitors are already in the marketplace where there was no way the labels could get equity (like with the recently introduced iTunes Radio) and new ones are about to be introduced (like YouTube Music which had it’s deal in place before Spotify’s).

A bigger problem for the record labels is that they’re no longer the pinnacle of power in the music business - managers are. Modern music management now includes many of the former duties of a record label, like marketing and promotion, as part of its core offering to an artist. And with artists now capable of ably recording their own masters without a huge financial outlay, the banking services of a label are no longer needed either.