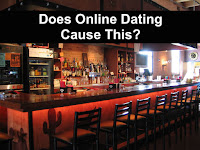 Bar managers are complaining that online dating sites like Tinder are taking a bite out of their business, and not just in the US either.

Australia is one of the last bastions for a healthy live music scene but it's been suffering a lot lately, and many feel that's because it's easier (not to mention cheaper) to hook up with someone from the opposite sex through a phone app than in a bar.

Live music in the US has gone through ups and down over the years, but for other reasons. There was a peak of activity during the 70s when almost every town had multiple bars that showcased live music, many on almost every night of the week.

The reason why live music proliferated then was because the drinking age in most states had been lowered to 18, mostly because of the Viet Nam war.

At the time the youth of America declared "old enough to fight, old enough to drink" and many in their state congress agreed, so bars sprang up everywhere to cater to the thirsty youth. The best way to get them into a bar was with live music, so real live paying gigs where everywhere as a result.

That all began to change in 1982 with the MADD (Mothers Against Drunk Drivers) campaign that got every state to raise the drinking age back to 21. The new and much tougher DUI laws then caused many to question whether it was worth even going out for a drink. Bars closed everywhere and the music business hasn't been the same since.

One of the things that has never changed is that young people go to bars with live music to connect romantically. Take that element away, and you can see why live music venues might suffer.

Still, blaming online dating sites might be a little extreme. Could it be the music, perhaps?

As predicted, Google has begun the process of spinning off its popular Hangouts from Google+ by launching a new dedicated Hangouts site.

The new site allows you to do everything from instant messaging to one-on-one video calls to the killer app of G+ - group Hangouts, or Hangouts On Air.

The new site looks good and is easy to use compared to Google+. There's a navigation panel on the left side that allows you to switch between your phone contacts, chat contacts and conversations, but the main part consists of the big three buttons in the middle of the screen (see the graphic on the left). These allow you to immediately initiate a video call, phone call or message.

Everything is pretty much the same as it is in G+ after you initiate a call.

This is only the latest step in dismantling Google+ as Photos was spun off from the service in February.

While not a success as a social network, Google+ did have a few killer features in Photos and Hangouts, and thankfully they'll continue to live on.

Can 1 Trillion Streams Save The Music Business? 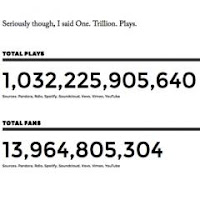 It’s funny how all the players in the music business are faced with the same questions when it comes to streaming distribution. Are all streams being counted? How many actually generate revenue and how much is it? Is the revenue actually making it to the right places?

Artists, bands, musicians, songwriters, managers, labels and publishers ask these questions every day and the answers they receive are often vague, or worse, contradictory.

Take for instance the latest data from a survey conducted by Next Big Sound that counts the number of streams for the first 6 months of 2015. The company found that there were 1,032,225,905,640 (or 1.03 trillion) song plays on Pandora, Rdio, Spotify, SoundCloud, Vevo, Vimeo and YouTube during that period.

Now what’s interesting is that this is only a partial list of streaming services with significant subscriber bases. iTunes Radio, Deezer, Slacker, Rhapsody and Google Play, among others, weren’t included, so this total could actually be low.

Now here’s where the confusion comes in. Nielsen Music’s mid-year report states that there were only 135 billion on-demand streams during the first half of the year. This was based on data from AOL, Beats, Cricket, Google Play, Medianet, Rdio, Rhapsody, Slacker, Spotify, Xbox Music and YouTube/Vevo.

As you can see, only Rdio, Spotify and YouTube/Vevo were included in both surveys, but doesn’t that 135 billion figure still feel a little low? Some discrepancy is understandable due to the fact that Nielsen only included interactive services and not radio-like services like Pandora, but a difference of a factor of almost 10 screams out that something’s not quite right here.

Then there’s the question about getting paid, because after all, 1 trillion is a lot of streams.

It would be nice if there was a single rate that each and every stream was worth regardless of the streaming service that it came from, but unfortunately it’s not that simple.


For instance, interactive streams where the user can actively choose which song is streamed (like Spotify) pay a higher rate than non-interactive streams that are more radio-like (like Pandora). Plus the free tier of both pays less than the premium subscription tier. To make it a little crazier still, different countries may pay different rates, Spotify pays what amounts to a bonus for greater market share, YouTube pays less than them all, and some views might not pay anything. Read more on Forbes.

This may or may not have a bearing on your Twitter use, but the company has just dropped the 140 character limit on Direct Messages. The new limit is 10,000 characters, which should be more than enough for a long winded conversation.

Keep in mind that this new limit is only for private DMs and doesn't affect the 140 character limit on public tweets. As a result, the new DM limit might be moot for those that use Twitter mainly as a promotional tool to broadcast news to a fanbase, although it will be a benefit if you're using the new Group DM feature.

The change is set to roll out within the next couple of weeks across both Android and IOS platforms, as well as Twitter.com, Tweetdeck, and Twitter for Mac.

In other Twitter news, the company has made available every public tweet ever posted in Twitter's 9 year history to the social tracking service Gnip. It's just one more reason to always stay civil on Twitter, because those nasty tweets can someday be resurrected. 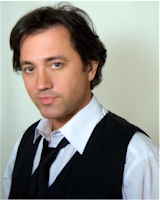 On the latest episode of my Inner Circle Podcast I'm pleased to have musician/producer/music director Rob Shrock as my guest.

Rob has played with a host of A-listers including Stevie Wonder, Elton John, and Adele, and has served as musical director for music legends Burt Bacharach and Dionne Warwick, and for the 72nd Academy Awards Show.

You might also be familiar with Rob through his articles in Keyboard, Electronic Musician, Mix and Remix magazines.

In the intro I discuss the new QuickHitz radio format that many artists so despise, as well as the 6 things I always bring to a session.

Users Up In Arms As Soundcloud Begins To Remove Content

If you're been using Soundcloud to distribute your songs you know that it's a wonderful service that's almost too inexpensive to be true. The problem is that the company hasn't been able to be profitable and now they're under some pressure from investors to turn that around.

In an effort to stem the tide and perhaps even turn a profit, Soundcloud recently entered into licensing deals with Warner Music Group and Merlin (the organization that represents a large number of indie labels), but part of that deal meant that the platform had to begin to enforce copyright rules.

As a result, last week Soundcloud began an offensive on variety of copyright violations including unlicensed tracks, tracks that include unlicensed samples, remixes with unlicensed tracks and even bootleg remixes that that bear a recognizable resemblance to an original. Not only that, the platform has even deleted accounts of users that it deems to be major offenders.

This has caused a group of Soundcloud users, mostly DJs, to go ballistic since they're the ones that are mostly being targeted. That said, any musician with an unauthorized cover song or sample could also feek the company's wrath.

To be clear, Soundcloud has long been a welcome home for copyright violations, but it's only now that it's had the will to actually clamp down. That said, money (or lack of it) has a way of making you do things that you don't necessarily want to, something that musicians, artists and bands are faced with every day.


UPDATE: Sources are saying that Soundcloud has also reached a licensing agreement with Universal Music Group, which might further explain the takedown spree last week.