From A Rock Star To Living In A Van Down By The River.

Here's my most recent post over on the Forbes blog about Sly Stone's legal problems and how his troubles relate to all musicians.

"We so revere our heros, especially the ones that helped us through our formative stages of youth. It’s difficult to imagine that anyone with a song played on the radio then or now is living anything less than the American dream of fame and fortune. After living in Los Angeles for more than half of my life and meeting many of my musical heros, I can tell you that perception is so far from the truth it’s laughable. Take the case of one the masters of 60s funkiness, Sly Stone."

To read more, go to Forbes.

Check out my Big Picture blog for discussion on common music, engineering and production tips and tricks.
Posted by Bobby Owsinski at 1:36 AM No comments: 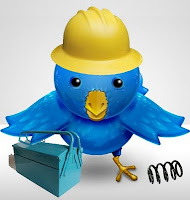 Twitter is a great promotional tool once you get the hang of it, and one of the cooler new tools for promotion is something called Clicktotweet.

You can say something as simple as "Please share this link by clicking here" with the link, and you're done.

Clicktotweet is free, and even though it's in beta, it still works pretty well. And don't forget those hashtags!

Last week Apple announced that it currently has 575 million iTunes accounts, each with a credit card on file. This is significant in that it's up from 100 million just 4 years ago in 2009. What it didn't say during this announcement is that the average yearly spend is significantly down.

In September 2009 the average iTunes user spent around $74 per year. Today that figure is down to around $40, according to a recent article in Billboard. If you do the math, that still comes out to a big payday of around $23 billion a year. Just to understand, this spend is for the entire iTunes store world-wide, including movies, videos, and books, not just music.

While the declines look ominous, keep in the mind that part of the reason is that iTunes has expanded into countries that are much poorer than the countries serviced previously, like Russia, India and Latin America. Also, there's some attrition from the early adopter countries like the US, South Korea and Germany, who've moved onto streaming while some of the world is only now becoming familiar with digital downloads.

Either way, if you look at the new addition of iTunes Radio to the already impressive lineup, streaming music is now about to take the next step into the everyday consciousness of the music listener, thanks to the huge installed user base of iTunes. And it's a user base that isn't afraid to spend money, even if it's less than before.

One thing that music publishers aren't good at is making their songs available to anything less than major music business entities. If you're Paramount Pictures looking for a title song for a movie, you'll have no problem, but if you're an indie video maker trying to do the right thing and license a song for a video, you're out of luck. Not only are you probably stifled by the process, but you probably can't even easily find the song you want. Believe it or not, most publishers don't even have a publicly searchable index of their catalog.

The National Music Publishers Association and the RIAA are out to change that though, as they recently announced a move to institute "micro-licensing" platforms to make finding and licensing songs much easier. A micro-license is a new kind of business model that allows producers to use the Internet to find the songs they need and do the licensing deal online, without expensive attorneys or negotiations.

Right now most producers might just take a chance on using the music and waiting to see if a cease and desist letter pops up later, or on YouTube, a take-down notice. Let's face it, if it's for a wedding video, the chances of getting caught are pretty small, and if it's something distributed on YouTube, you have the option of either taking the video down or allowing commercials to be inserted in it if the copyright owner discovers you're using it illegally.

But if the process were streamlined, that's a great deal of fairly passive income that would flow into the hands of labels, artists, publishers and songwriters.

You have to look at this announcement in amazement and think, "What took them so long?" Of course, the truth is that for so long there was so much money in publishing that the revenue from micro-licensing seemed insignificant to most publishers. Those days are over though, as a new financial reality seeps into the business.

That can only be good for both artists and songwriters, who need all the revenue streams they can get these days, no matter how small. As we've seen from digital music distribution, it all adds up.

We've been hearing about it ever since Justin Timberlake bought in 2011, but the new MySpace is now out of beta and open to the general public. The company has a significant marketing war chest, with $20 million for both digital and television campaigns to raise awareness. If its first commercial (see below) is any indication of what that campaign will be like, it's in for a rough ride.

MySpace now has a nice clean modern look and feel and is keeping its legacy as a music streaming and discovery site alive by keeping that at the forefront of the site, rather than social networking. This may or may not be a mistake, only time will tell, as it remains to be seen just who its users will be.

I personally think the company made a big mistake by not taking advantage of the last Timberlake release in March. Piggybacking on the huge marketing effort would have brought much more awareness than the $20 mil they're about to spend. It's hard to believe that Timberlake didn't insist upon it back then. Yes, the service wasn't ready yet, but the fact of the matter was that it was already in beta, so it wasn't like there wasn't anything to show. Opportunity lost.

It's a much larger music world now than the first time around in 2003 for MySpace. Even with its current 25 million or so users, it has a very uphill climb as a result.

Check out the first commercial. 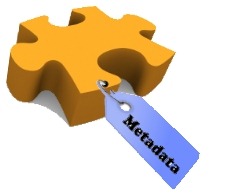 Most industry pros now agree that metadata on digital tracks is way more important than the average artist realizes. After all, it's there to help listeners find your track, and to provide the digital equivalent of liner notes to the song. Now the National Association of Recording Merchandisers (NARM) have released a sort of "style guide" to help artists and labels alike avoid problems with all the meta data required on a digital track.

One of the problems is that poor meta data, which includes the title, can be a reason that a song isn't easily discovered, or even worse, rejected by a music distributor like iTunes (always known to be picky about these things).

So what are some of these rules? A big one is proper capitalization of a title, since some artists get a bit too clever for their own good. "In da House" and "It's fo; Realz" get good marks, according to the guide, despite the intentional misspellings. "Intentionally misspelled words must respect the same title casing rules" as those spelled normally, states the guide. Random capitalization (like "a TIMe to love") violates the guideline, however.

Another one is to not use ampersands (the "&" symbol) when two artists collaborate unless they are inseparable as an act (like Hootie & The Blowfish). Yet another is using an excessive description when identifying an artist (like "Jeff Beck (Guitarist)").

Perhaps the most egregious act is to randomly include the name of a superstar in the meta data of a track where he may not belong in order to sell more product. That's not a good idea on many levels, the least is the fact that the people it attracts probably will get angry when they're favorite star isn't actually involved of what they're listening to.

If you're going to be making digital music and you want to give it the best chance of being discovered, it's probably a good idea to take a look at the guide. Rules are made to be broken, but you have to know what they are first.