The 2011 Music Sales Figures Are In

Finally we get a chance to look at the world-wide music sales figures from 2011, thanks to the IFPI's annual year end report called Recording Industry in Numbers. Here's what we found:
The biggest selling hits? Hold on to your keyboard:
What's it all mean? First of all, the music industry is still huge by any stretch of your imagination. It's a $16 billion business that appears to have its decline leveled off and is on its way back.

Secondly, there were 240 million CDs sold in the US last year. Think of that - 240 million! And those are only the ones we know about. It's going to take a while until this format dies.

Thirdly, subscription is already throwing off about a quarter of a billion dollars in revenue with only 1.8 million total subscribers. Imagine what this will be like in the future as a revenue generator.

Lastly, everyone who's said the era of the blockbuster selling album was over was wrong, and Adele proved it by moving 18 million units in a year.

I've said it before, and the numbers prove the point - the music business is not dying. It may be morphing, changing, evolving or shifting, but it's not dying.

In the wake of Universal Music Group announcing its intention to purchase EMI from Citibank comes word that it's about to sell 3 of its music publishing catalogs to help finance the acquisition. These include a classical, Christian and German catalog with the intention of raising around $200 million.

Already there appears to be as many as 12 bidders for the catalogs, a sign that while nothing else may be worth big money in the music business, publishing still is. These catalogs are deemed to be non-essential the Universal business, but they can still fetch a substantial price.

The interesting thing about the sale is that it probably won't help Universal where it really needs it - in Europe. The EU is looking hard at the anti-trust implications of the EMI acquisition, and a catalog sale from the other side of the pond probably would have strategically done them a little more good than in the US.

The decision on whether to let the purchase of EMI publishing by Universal should get a ruling in the next month or so, while a decision on the record label sale will be in August. To make matters worse, the California State Attorney General has also opened up an inquiry into the sale.

Here's the reality. In this climate, the purchase of EMI can only be accomplished by another major label these days because no other major corporation would touch it, so the antitrust issue will always be there. Since Universal is already the largest label, that takes the matter to another level. In the meantime, EMI sits there floundering away with little leadership or direction until the sale is consummated. I feel sorry for the poor artists still signed with them.

The World Of Online Music

I just had a good look at a report from GrovoLabs called The World Of Online Music that was a real eye-opener. The report was from January, but shouldn't be too far out of date a couple months down the line. Here's what it says:

There are a lot of music services around the world. Some cover a lot more countries than others. The big ones are:

What's interesting here is that Pandora and Rhapsody still only cover the United States, while Amazon is still very limited as a distributor.

Some other things that came from the study are:
What's the upshot? The tipping point from download to streaming is coming, but it might not be as near as predicted. That said, "Why own when you can rent?", will eventually become the motto of most online music consumers.

The True Cost Of Piracy

Here's an interesting infographic from Background Check that examines the cost of piracy. It's out of date, but I felt it should be posted to illustrate a few points:

1) If you look at point one, the claims of the cost of piracy by all sectors are in the stratosphere. And why not, it's a guess. An educated one, perhaps, but still a guess. You and I could pull a number out of thin air and it would have as much legitimacy if we were part of an industry association or consulting firm.

2) Take notice to the anti-piracy budgets. Now keeping in mind that these numbers are out-of-date, you'll see that the music industry spends around 3 times more than the film or the software industries to combat piracy. How's that worked out?

3) Take a look at who the alleged pirates are. It's young adults age 29 or younger to be sure (we always knew that), but also about half the adults as well, and equally split between male and female. Piracy has become a cultural phenomenon.

The bottom line, when it comes to media, current anti-piracy policies are not working. In the end, it will take a market-based solution rather than a enforcement one if we're to see a true change in our culture.

The Boy Bands Are Back In Town 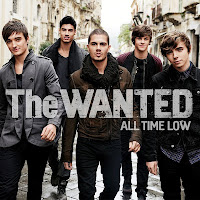 If you haven't noticed, boy bands are back and they're bigger than ever. As if New Kids On The Block and 'N Sync weren't enough, a new crop has descended upon us, much to the delight of teenage girls everywhere.

First came Big Time Rush, who are today's version of The Monkees, since they have their own hit show on Nickelodeon which regularly draws over 3 million viewers. I've even watched it a few times and I have to say that these guys are pretty talented, although as a boy band, you don't have the burden of playing an instrument competently. You do have to sing moderately well, and at least on the surface, Big Time Rush fills the bill (don't know what they really sound like or how much auto tune goes on).

Then you have The Wanted, who currently have a top 5 Billboard hit with "Glad You Came." Like Big Time Rush, the band was created via an open casting call, which on the surface sounds so very television-like and non-musical, until you realize that many so called "legit" bands or the touring band for artists are put together via auditions. That's basically the same thing. The Wanted want everyone to know that they can actually play instruments though, but as any musician with some gigs under his belt knows, it's a long way from playing an instrument to playing in a band to playing professionally.

But the biggest blockbuster is just now upon us. The British quintet One Direction is about to become a big piece of the music scene for the next year or so (for better or worse). They just made a bit of history by being the first UK artists to have their debut album (called Up All Night) enter the Billboard 200 at #1 (take that, Beatles). Already there's a huge groundswell as little girls in all 50 states anticipate their first US tour, which is guaranteed to make the news more than most of care to notice.

One Direction is the brainchild of former American Idol svengali Simon Cowell, who picked each member individually from the auditions for the British version of the X Factor. You may or may not like his shows, but no one ever said that he couldn't spot talent. We'll have to wait and see about this one though.

Even though One Direction is preparing to take the world by storm, they've apparently been laying the groundwork for quite some time via social networking, as did The Wanted. Months before they ever stepped foot on US soil, the boys engaged in a vast YouTube, Twitter and Tumblr campaign that was more about the guys "feelings" (according to The Wanted's manager Scooter Bruan) instead of being strictly promotional about the music.

This helps to confirm a number of things that I've been posting all along. All of these points come from my speaking at colleges and universities, where I poll the youth of today.

1) YouTube is the #1 music discovery tool used by kids today.

2) Twitter is incredibly powerful if you know how to use it.

4) Tumblr is coming on strong as a primary social network, and may be supplanting Facebook already in some age brackets.

The point is, you may not be interested in the new batch of boy bands in any way, but it's smart to look at how they're promoted, especially online. It's a blueprint that most artists can use.