NPR recently posted an article about how the tiny royalties coming from music streaming can add up and chose one artist as a great example. Josh Colum and his band Secrets In Stereo signed up with Rumblefish, a company that finds licensing opportunities for artists.

Initially there wasn't a lot of money, only a few bucks per statement (we've all seen that one), but soon Josh began to see around $10,000 per quarter. Astonished, he explored what happened.

It seems that a song called "Happy" from the band's first album was chosen by a wedding photographer who was looking for music to accompany a wedding video he made, and he chose the song from a site called Animoto after listening to hundreds of songs.

After he gave the couple their video, they posted it on YouTube, where others saw it and also used it for their own wedding videos. Today the song has passed over 250 million views, which ads up to some substantial cash for the artist and songwriter.

Rumblefish takes care of collecting the money from Animoto and tracking the views on YouTube and online video services.

Both Josh Colum and Secrets In Stereo are pretty under the radar in the music business, but they've managed to carve out a living thanks to putting their songs in the right places, a little luck, and a little virality.

Does Your Taste In Music Freeze At Age 33? 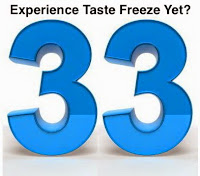 Everyone reading this loves music, but for the most part, our musical tastes are different. That's all well and good, but a new study has found that by the time we reach age 33, whatever our tastes in music are, they're pretty much set in stone.

The study was based on data derived from Spotify users in the US, as well as artist popularity data from The Echo Nest.

The study found that most music lovers begin to discover music less as they reach about age 25, and pretty much stop at age 33, when they return to listening to music that was popular when they were coming of age. The author's call this "taste freeze." The problem is that this music has usually been phased out of popularity by that time.

The study also found a number of other interesting points:
Certainly this study isn't true of all people, as musicians continue to stay up to date with current music longer, but it's true that the vast majority of people hit taste freeze at some point in their life.

Has it happened to you yet?

"Uptown Funk" is one of the biggest selling songs in a long time, proving that people really do like the funk. How big? Just check these figures out.
What's interesting is that the songwriting credits were originally split between artist and producer Mark Ronson, the featured Bruno Mars, Phillip Martin Lawrence and Jeffrey Bhasker.

After the song became a hit, many more were added to the list however, most recently Nicholas Williams and producer Devon Gallaspy, the creators of "All Gold Everything". Why? Because there was a sample from the song in "Uptown Funk"  (I don't hear the similarity myself). This was good enough to gain 15% of the huge hit, which amounted to about $400,000 until now.

But there's more. Two months ago the representatives of The Gap Band put in a claim on YouTube that "Funk" was close to their "Oops Upside Your Head" (this one you can hear the similarity in the bass line) and each of the four writers there were give 3.4% of the song as a result.

The moral of the story here is that since the "Blurred Lines" court case, everyone is being a lot more cautious about songwriting credit.

This will probably become a standard form of doing business from now on unfortunately, and will only change if the "Blurred Lines" decision is reversed on appeal. Welcome to the new world of songwriting. 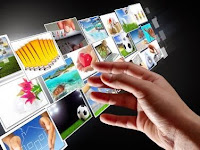 Whether you're creating or choosing content to share with your fans, it pays to know just what your fans like and how they consume it. BuzzStream and Frac.tl recently surveyed people from 3 generations to determine their content preferences. This is what they found.

Least Favorite:
1. White papers
2. Webinars
3. Slidshares
Once again this all comes down to knowing your audience and fan base so you can tailor the right content to them at the right time in order to increase your engagement. 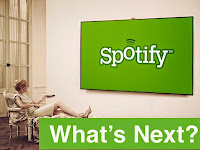 Reports are that Spotify has been reaching out to top YouTube content creators and traditional media companies in an attempt to accrue content for a new streaming video feature. Although no specific date for the launch has been officially announced, many believe it will come by the end of the month.

The feature is said to be free and will take advantage of the existing advertising infrastructure that the company has set up for its streaming music service.

Spotify recently raised another round of investment said to be around $350 million on the basis of a total valuation of $8 billion. Speculation is that the introduction of video played a large part in raising the cash.

While it's difficult to make money with streaming music, video streaming (even if it's free) is another story, as more and more brands expand their advertising in that area. Of course, YouTube hasn't done too badly with that model either.

Another reason why Spotify might be going that route is from pressure brought by other streaming music services like TIDAL and Google Play, which also offer video. That said, Rdio also tried a video feature but abandoned it after 6 months.

Spotify also sees the upcoming competition from both Apple's new music service and from Google's Music Key, and views adding video as the best way weather the storm of their launches. That's also why we'll probably see a Spotify video launch sooner rather than later.

Whether the streaming service's new video feature will actually gain traction is another story.