A city councilman in Philadelphia isn't exactly showing much brotherly love to musicians, as he's introduced a bill that would require venues like bars, restaurants and clubs to collect the contact information from bands, rappers, DJs and other performers, then hand it over to the police.

“Giving performers’ information to police when requested enables them to review past performances to see if there were any public safety issues during their events,” Councilman Mark Squilla, the sponsor of the bill, told the website Billy Penn via email.

The bill is an amendment to the "Special Assembly Occupancies" section of the Philadelphia code that would grant the police department the ability to approve or revoke a license for gatherings or screenings of more than 50 people.

The bill also raises the license application fee from $100 a year to $500 every two years.

This is just another assault on bars and clubs that has been happening everywhere. Without these venues, not only will it be tougher for musicians to make a living (like it could get any harder), but also make it much more difficult for the next generation of performers to attain the stage time required to learn their craft.

Clubs have it tough enough these days just coping with rising rents and keeping the neighbors happy, but increased police scrutiny for some mystical issue that no one can figure out shouldn't be one of them.

There's a Change.org campaign to stop the bill. I encourage you to sign to help not only support Philly music, but music everywhere.

UPDATE: Councilman Squilla has withdrawn his bill after the public outcry, so score one for Philly musicians and all those who have supported them.
Any purchases made through our Amazon links help support this blog at no cost to you (just click here).
Posted by Bobby Owsinski at 6:00 AM No comments:

The Beatles music truly transcends generations, and it's even more apparent now that the Fab 4 have embraced streaming. What's interesting is that each generation has its favorite Beatles songs. Here's a list from Spotify Insights that shows the top 10 for each age group.

Spotify is introducing streaming video to its users, first on the Android platform and shortly followed by iOS. What's interesting is that the videos look to have more to do with advertising than music.

The company's various video partners include ESPN, Conde Nast, Comedy Central, BBC, NBC, Harper Collins and Vice Media, and the videos will all be short and curated at first, which sure sounds like commercials. In addition, Spotify will also launch podcasts from Radiolab, American Public Media and WNYC.

Adding video commercials is a way for the company to increase its advertising revenue while maintaining its current user base. Video adverts are acknowledged to be the most lucrative form on online advertising.

The videos will be rolled out only in the US, the UK, Germany and Sweden as part of the beta test.

Spotify admits that it doesn't quite know what to do with video yet (besides advertising), so the beta test will help identify usage and demand patterns.

Finally, A Streaming Service At A Reasonable Price

The major record labels have been largely responsible for the $9.95 per month prices being charged by the streaming services, even though most industry experts see that as a barrier to entry, meaning that it's just too high. Ideally you want more people paying a monthly charge, even if the price is lower, since it will ultimately mean more revenue at the end of the day.

There's at least one new music service that's managed to keep the prices low though. The new Cur Music has two low priced tiers that break the $9.95 mold.

The first Cur tier is called "Octo" for $2.99 per month, and the higher priced "Inked" tier is $6.99 per month. Both tiers are ad-free, with the only difference being that Inked lets you listen offline.

Cur has a library of 10 million tracks, and emphasizes playlists and radio rather than on-demand streaming, so it's competition is more Pandora than Spotify. It also has an internal messaging system that lets users attach photos or videos to songs before sharing them.

There's a free trial that you can check out here.

AM Radio May Soon Be A Thing Of The Past 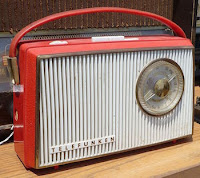 For most of the last century, AM radio is where new music broke. It was local due to the limited range (depending upon the wattage of the station) and reflected the musical tastes of the area (not to mention open to local music) as a result. In fact, many of the most enduring hits and superstars were made when a small station in Maryland, or Pittsburgh, or Chicago, or Florida began playing a record that then slowly caught on with the rest of the country.

Sadly, the days of AM radio may be coming to a close.

One of the reasons is that electric cars like the Tesla Model X or BMW i3 don't install them since the AM reception is impossible due to the internal electrical noise of the car. That said, the demand for AM has been way down as almost everywhere in the country AM stations are almost always at the bottom of the Arbitron ratings. It's now the place for news, talk radio and sports, but not music. In fact, even sports is abandoning the band for FM.

In Europe, AM stations are being rapidly shut down on a national scale. Norway and Germany have discontinued all AM broadcasting, and even perennial heavyweights like Radio Luxembourg and Armed Forces Radio have shut down their AM signals.

In some cases, even FM may go dark as many countries opt for Digital Audio Broadcasting instead.

What you'll see in cars more and more is an internet connection which will enable you to connect to a much greater variety of online stations from around the world. In fact, the idea of "stations" may fall to history as well, since with no broadcast frequency to worry about (nor government issued wattage limits), only the URLs are necessary. Restrictions on what to play may be looser too.

While on the face of it this seems like an exciting idea, losing the local musical flavor of radio is a sad twist of fate that will ultimately be bad for musicians, artists and bands everywhere. The cultivation of local talent and the ability to give them that first break will be sorely missed.