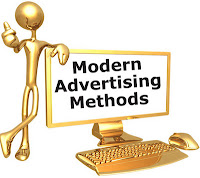 Heidi Cohen wrote this great post a couple of weeks ago regarding some marketing tips from the giants of advertising. These gurus have all passed, but their collective wisdom lives on. Even though much of it is from another time and a different world, it still holds true today. 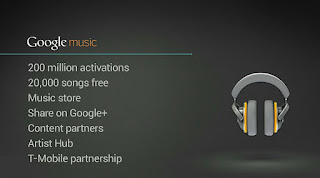 After months of public beta, Google Music has finally launched. For those of you who aren't familiar with it yet, Google Music is the big G's version of iCloud, which is a cloud-based locker for storing your music online and accessing it from any device at any time. While it's too early to have many definitive impressions, here's what we know so far.

1) When Google Music launched in beta earlier this year, it had exactly zero licenses from the major labels, a fact that didn't make negotiating with them afterwards none too easy. That said, GM officially launched with agreements from Universal Music Group, EMI, and at the last minute, Sony Music, as well as a host of independents. It's probably only a matter of time until Warner Music falls in line as well. I haven't heard what the license fees were yet, but regardless the amount paid, you can bet that most artists won't see much of it. The Google Music store will start off with about 13 million songs available.

2) It's free to the end-user for up to 20,000 songs, which should satisfy the music collections of the vast majority of users (that's about 2,000 albums worth).

3) Their "Artist Hub" section of the service allows anyone to directly upload, manage, and sell music without the need for a middleman like Tuncore or CDBaby. They say they'll pay artists 70% of the sale price and only charge a one-time upfront fee of $25.

4) T-Mobile customers will soon be able to pay for their music purchases directly through their phone bills, as they currently can with purchases from the Android Market. This is something that the music industry has wanted for ages.

5) Users will be able to put iTunes music into their music lockers, and the Google Music Manager is even supposed to retain users’ playlists and ratings.

6) As you would expect, Google+ is connected to Google Music, making it easy to share songs and playlists either publicly or with select groups of friends through the network’s Circles feature.

Out of all of these points, I think that the Artist Hub is a big deal and it should be interesting to see if iTunes follows with something similar. Right now you pretty much need an aggregatorlike Tunecore to get your songs on iTunes and it takes some time for that to happen. Let's see if Google Music has streamlined the process any.

We'll keep an eye on Google Music in the coming days and report any new info that we find. 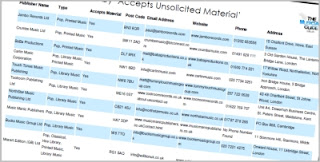 Once upon a time, a publishing contract was a prelude to a recording contract. The advance was high enough that you could focus just on your music without any other distractions, and if a publisher was interested enough to take a chance, then a record label would be too.

Times have changed though. Advances are pretty small these days, but publishing is still one of the most lucrative parts of the music business. That's why it pays to ask a lot of questions before signing any publishing agreement that's been put in front of you.

The Liveunsigned.com blog recently posted a great article about this, and here's an excerpt oregarding the things you should be concerned with before you add your John Hancock to the agreement.


1. Is there an advance? Some publishers offer a good advance, but make sure that you are not signing with a company purely for this reason, you need to think about whether the deal is good for you in the long term.

4. Is your publisher the same company as your record company? This can be seen as a conflict of interests, giving the publisher/record label too much control. Even worse than this are the current 360 deals where bands allow record companies to control merchandise, live revenue, publishing and other revenue streams. Bands are often pressured to sign these for an advance but they can do serious damage to your career in the long term.

5. How many territories does the publishing deal cover? Is it just for your country or for the whole world?

6. Is there a minimum delivery commitment? This is the amount of songs you have to deliver during the time of the contract, usually around 10 songs a year. However if you only write 50% of a song (because you're co-writing with others), you might  have to write 20 songs to deliver the same amount of material to your publisher.

8. Have they a proven record of getting sync deals? Ask to see what sync deals (for TV, Games, Adverts etc) that they have recently done for their clients. This is an area where there is a serious revenue and you need to see a proven record for success in this area before signing anything.

9. Are you a priority for the publisher? If the publisher has many similar writers to you is your music really going to get the push it deserves?

10. Is it a full publishing agreement? With this agreement the income is collected by the company then split between publisher and writer. The publisher owns the copyright on the song in this case.

12. Is it an administration agreement? Here the writer does not give up any copyright up on the song, the publisher acts simply as an administrator collecting revenues for a percentage of the amount. These deals are less likely to be offered to artists who are unknown as there is less income for the publisher.

13. Can you speak to some of their current clients? If possible ask to speak to some writers who are already working with the company and see what they think. Try and find out if the company pays royalties on time and how they treat their writers.

Remember to always seek legal council before you sign any agreement, but it's especially important to find someone well versed in publishing. This is a time when your personal attorney or the family real estate attorney just won't do.

Citibank finally found a buyer for EMI and it wasn't Warner Bros, like everyone expected. The venerable company was sold to two companies, in fact - Universal Music and Sony Music. Universal bought the recorded music assets (basically the record company) for $1.9 billion, while Sony purchased the much more lucrative publishing assets for $2.2 billion.

But before the ink is dry on the agreements there's trouble brewing for this deal. European regulators (who are much more aggressive than their American counterparts) have already signaled that they will do whatever they can to block the deal, believing that Universal is already too big and adding another huge piece of the music industry will be just way too much of a monopoly.

The interesting part of the deal is that Sony didn't supply all the money and instead used a network of partners that include an Abu Dhabi investment fund, Blackstone, Guggenheim Partners, UBS Investment Bank and several others. Sony will manage the business under its Sony ATV publishing business, which already owns or administers the publishing rights to 750,000 songs, including The Beatles catalog. What they would gain from EMI is a catalog that contains 1.4 million titles including standards like "Over the Rainbow," and Singing in the Rain."

So let's say that the deal does eventually go through. What are the potential ramifications for the musician and consumer? Like with all purchases of this type, there is some good along with some bad, so here are a few things just off the top of my head.
While many will decry this sale, there are those artists that applaud it. Mick Jagger, whose dislike of former EMI owner Guy Hands is well-known, said that he "particularly welcomed" the new owners.
"This is a very positive development and I particularly welcome the fact that EMI will once again be owned by people who really do have music in their blood," he said in a Guardian article.

Now the rest of us can just sit back and wait to see if the deal actually happens.

I don't usually cross-post with my Big Picture production blog, but the following video has elements that are relevant to both Music 3.0 and recording.

I had the pleasure to be on mixer extraordinaire Dave Pensado's great webcast, Pensado's Place, the other day. On the show we talked about everything from the state of the music business to some social media for musicians and engineers to even some technical stuff about recoding and 5.1 mixing. Check it out. And thanks again, Dave!