To those of you old enough to have experienced the joys of vinyl records, you know that one of the best things about a record album was the liner notes. Many times the liner notes (the description of the album and credits) on the back of a record was just as entertaining as the album itself (sometimes even more), and sometimes even lead to a record being purchased on impulse without knowing anything about the music inside.

As many have pointed out through the years, the liner notes are one of the things that are sorely missed in our Music 3.0 digital world these days. While the metadata (the data that describes the data) of the digital file can supply some of the info, it's usually not filled in by the record label to the degree that would inform a listener, and even then, isn't versatile enough to supply anything near the description of the old printed cardboard album cover.

The Recording Academy (the people that sponsor the Grammys) are aware of this discrepancy and have initiated a new program called "Gives Fans The Credit," in an attempt to encourage a return of liner notes to digital files. The problem is that they don't have a specific recommendation for exactly how to do that, so they have enlisted a team of industry "ambassadors" to speak to the various record labels and digital delivery services to bring the subject to the forefront. These ambassadors include T Bone Burnett, Jimmy Jam, RedOne, Sheila E, Lamont Dozier and Don Was.

I usually have issues with some of the Academy's policies, but I can't see any downside on this. Fans, especially super fans, are voracious in collecting information about their favorite artist, and the more info made available to them, the better. Depending upon how it's displayed, it may even help facilitate a few impulse buys as well.

While no specific plan on how the digital liner notes would be implemented was presented, you have to believe that the Academy has some ideas about this, at least I hope so. Going into any discussions without any ideas would be a disaster. Still, you have to give them credit for wanting to bring back the credits. 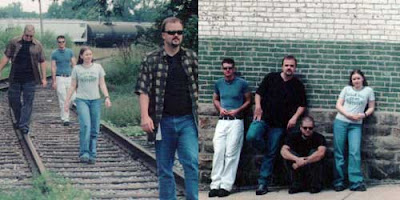 A friend recently showed me the latest pictures of his son's band and unfortunately they were pretty terrible. That led me to dig out a post from about two years ago regarding bad band pictures.

I can think of a lot more items, but hopefully you get the idea. You'll see all of these things for yourself when you check out the bad picture site at rockandrollconfidential.com. Just make sure you're not at work when you look at it. You'll laugh for a long time. By the way, check out The Musician's Video Handbook for some good technical hints for better pictures. 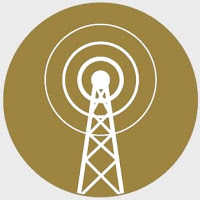 While it's true that a lot of music discovery still comes from terrestrial radio, and today the industry is rejoicing in those recent numbers, all is not well in radioland. There are a number of things occurring beneath the surface that may cause a major upheaval sometime soon. Let's take a look.

If we look at music, much of the time music radio doesn't even have a radio personality any more, using the cheaper and impersonal taste of automation instead. Granted Ryan Seacrest is big, but even he's 37, and Carson Daly is 39. The real problem here is that there's not a new generation of radio personalities in the wings.

All of this means that terrestrial radio is in much bigger trouble than previously thought. In a way, that's a good thing, since a major implosion might actually cause the industry to reboot for the better. Until then, we'll all just have to suffer along. For some background on the problem, read this excerpt from Music 3.0: A Survival Guide For Making Music In The Internet Age. 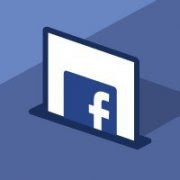 CD Baby's DIY Musician blog recently ran an article entitled "10 Reasons Why You're Losing Facebook Fans." You can read the entire article on their site, but I thought I'd pick out a few that I feel are especially relevant.
There are five additional items that are worth taking a look at, but these are the ones that personally bug me the most. Remember, online etiquette is just as important as personal etiquette.

The Reality Of EDM's Global Popularity

Depending upon who you listen to in the music industry, EDM (Electronic Dance Music for the uninitiated) is either the next big thing, the biggest trend in the music world right now, or a passing fad (although it's been 30 years now and it hasn't passed yet). Recently EMI did a pretty comprehensive survey of over 750,000 consumers and presented an interesting paper at the Ibiza Music Summit). These were some of their conclusions (taken from their slide show).

● In the UK, passion for Dance/Electronic music rivals that for Rock music up to age 25. It’s consistently more loved than Urban music. It has no rivals beyond Rock, Pop and Urban.

● Passion for the different genres of dance music are similar in the US and the UK, except for Drum n Bass, which is more popular in the UK. And except for Techno because the word is often used in the US to describe dance/electronic music overall.

● People passionate about dance/electronic music describe it as: Cool, Upbeat, Energetic and Edgy.

I found this to be a great study in that instead of relying on numbers exclusively, it got into the essence of EDM's standing in the music world. Plus, this was very insightful for a major record label to do as well. It would be great if we could see more of this in the future.

Check out my Big Picture blog for discussion on common music, engineering and production tips and tricks.
Posted by Bobby Owsinski at 10:30 PM 2 comments: