Today is the fifth annual Record Store Day when music lover everywhere head for their local record store to buy some vinyl and help surport a dwindling, but absolutely necessary part of the industry.

A number of artists are celebrating the day by releasing special vinyl records, including Katy Perry (with 12" pink vinyl), David Bowie (with a picture disc of "Starman"), Arcade Fire, Flaming Lips, Paul McCartney, and even some never before heard songs by James Brown.

Most record stores are small independent "mom and pop" stores these days and they really do need our help to survive. Head out to a store today. Look through the albums and CDs, and maybe even buy something.

Support your local record store. You'll be glad you did.

Check out my Big Picture blog for discussion on common music, engineering and production tips and tricks.
Posted by Bobby Owsinski at 12:00 AM No comments:

Making A Living Is The New Success 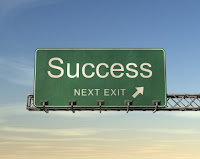 For more and more musicians, the idea of stardom seems to be further and further away. While some still see stars in their eyes, a great number have come to the realization that the goal is now a lot different, since just making a living in music can now be considered a success. I've written about this in a number of my books, but here's a passage from Music 3.0: A Survival Guide For Making Music In The Internet Age that illustrates the point.


"Musicians and artists will begin to see success in a different way as making a living replaces stardom as the big score. To some degree that was always true. Most musicians are only too happy making a living by playing music, but thanks to the excesses of Music 2.5, far too many felt that stardom was easily within their reach.

This has changed as a new realism comes to pass.
Everyone wants to be successful, but that always doesn't mean making platinum records (they're so much harder to come by these days) and grossing (key word here) millions of dollars. Sometimes it's the simple things that make you feel like a success.

Check out my Big Picture blog for discussion on common music, engineering and production tips and tricks.
Posted by Bobby Owsinski at 9:30 PM 6 comments:

Unions On The Side Of EMI Sale To UMG? 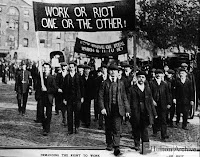 Here's a head scratcher. Both SAG-AFTRA and the American Federation of Musicians (AFM) have endorsed Universal Music Group's planned purchase of EMI. UMG, if you recall, has been trying to purchase poor bankrupted EMI since the beginning of the year, but is running into some anti-trust sentiment both here and in the European Union. What this will ultimately mean is that we'll soon be down to 3 major labels from 4.

In an effort to sway the U.S. Federal Trade Commission, the AFM sent a letter to it's chairman Jon Leibowitz stating, "Sustaining the EMI legacy [by Universal] would appear to benefit AFM recording musicians." SAG-AFTRA stated, "For EMI to be left to further drift into oblivion, or for EMI to be acquired and sold off in pieces by capital investment speculators with no appreciation for, or commitment to, artists who fuel the recording industry, would ill serve the industry."

It seems to me that some old schoolers are just trying to keep some other old schoolers in their jobs just a little while longer. Here's why this strikes me so odd:

1) The AFM is really only for that thin strata of session musicians or musicians that play in an orchestra. It benefits the 1%, but in this case the 1% aren't actually the top earners. The days of the session musician doing 3 gigs a day are over (it's more like 3 a month now, if that), and the number of orchestras are shrinking. Why the AFM would think that keeping a company alive that never did give a rat's posterior about them in the first place is beyond me, and endorsing a company that would cut them off in a flash if a had a chance (and currently does anything to get around paying them, as they all do) is delusional. They actually think that by keeping the majors alive that it will mean more work for their members.

2) I can't see why SAG-AFTRA would even care about what happens to a major label. It doesn't directly benefit their members, and since there's so little soundtrack business these days, what's the point? To think that breaking up EMI would hurt the industry is absurd. Sad, yes, that such a storied institution should die, but let's face it, they had ample chance to right the ship yet kept putting new holes in it instead of plugging up the old ones and building a better one.

3) Oh, maybe it's the publishing deals that the unions are worried about. You know what? There are plenty of big publishing entities still around and for the most part, they're doing just fine. Having EMI publishing disappear (which it won't, it's too valuable a brand and Sony is buying it anyway) wouldn't be the end of the world.

Look - major labels will always be around. If not the ones we have now, then some new ones will arise. There will always be a need for them as they serve a purpose in that they have the unique infrastructure that can turn a star into a superstar. But the music business is morphing, evolving, changing, transforming, reshaping - whatever you want to call it. The sooner we get some new entities who are responsive to our new Music 3.0 age (since the old wants don't want to change), the better off we'll all be, and the music business will be better for it as well. That's when we'll finally see some real growth in the business. 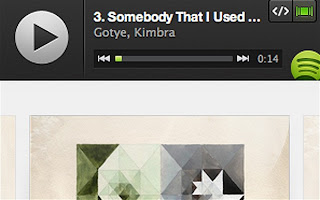 I'm usually shocked when I talk at a college or university and I ask how many students use Spotify. It's usually only 1 or 2 in an audience of 50 or so, while the number that use Pandora is always around 90%.

Spotify's trying to change that though, as it wants to become the predominant streaming music service. In an effort to accomplish just that it recently released its new "Play Button." If you now interact with Spotify through Facebook, you already know what it's like. When you see a box for a song on Spotify and hit the play button, it automatically loads up the song on your desktop Spotify app.

The button and player are designed to work on virtually any Internet platform, yet allows the user to customize the widget if they desire. That means that you can create Play buttons for songs, albums or playlists (with and without artwork), then drop the code on your site or blog.

This sounds like a very cools thing and at first glance you'd think that the service could spread like a virus as a result. Here's the problem; you need to be a registered Spotify user with the desktop app up and running for it to work.

Now as some of my empirical observation suggests, that means that Spotify hasn't reached nearly the level of penetration for the Play Button to make a difference yet. That said, it does show that the company is still thinking forward, and may one day get to the tipping point. It better hurry though, since it will be old news if Apple comes out with their own subscription service, as has been rumored for some time.

And in some late breaking news, Facebook has now entered the music button fray with their own "Listen" button. The button is designed especially for band or artist pages so that when you click it, music will begin streaming from your favorite streaming service. Supposedly the Listen button was introduced as another dagger at MySpace so its users who are there for the music have less time to stick around. That said, it does undermine Spotify's "Play" button in that it can access other music services as well. Oh, what a political online music world we line in. 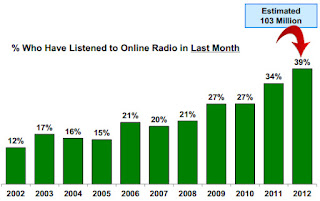 A recent survey done by Arbitron and Edison Research produced some very interesting results that have a number of ramifications for artists and bands. First, some pertinent points:
What all this means is that the line is beginning to blur between media distribution and devices. Soon people will look at "radio" to mean all types of radio, not just online, especially as more and more people become smartphone users. This will happen with all forms of media as well. People will just expect everything to work on every device from every source and won't distinguish between online or terrestrial. It make take a little time, but that time is coming.

What that means for musicians is that you have to be extra vigilant with your mobile strategy, since if it's not critical to your marketing at the moment, that time is just around the corner.

Recently Metacafe's CEO Erick Hanchenburg gave some tips and best practices that video creators can use to make sure that their videos are easily discoverable by a search engine. They are:
Don't forget that it's really important to consider anything involving Google searches when it comes to search ranking since that's what YouTube uses for its internal searches (it is owned by Google, after all).