You Now Have To Pay To Play At The Superbowl

Pay to play is the bane of musicians everywhere, but it's especially prevalent in New York City and Los Angeles. For decades, club promoters have effectively been auctioning off time slots to any band or artist willing to purchase 100 advance tickets that they're then free to resell, or most likely just give away. Musicians in most other parts of the country are used to getting paid for their services, but that all changes in the "big city."

But now the NFL is turning the Superbowl halftime show into the ultimate pay-to-play gig. Instead of the league paying a top-shelf act like U2 or Bruce Springsteen to play the show, it's now asking the acts to pay in order to get in front of 100+ million viewers that will be watching.

The price the NFL is asking hasn't been revealed, but the first three "candidates" that were chosen for the 2015 Superbowl to be held in Pheonix, Coldplay, Rihanna and Katy Perry, have been decidedly cool on the idea.

That said, an appearance at the world's largest gig can lead to years of prosperity afterwards, as evidenced by the 2007 appearance by Prince, who's sold-out venues ever since. His career had been lagging before the appearance.

To be fair, the NFL has never actually paid performers to appear at the Superbowl, but has supplied what's amounted to millions of dollars in expenses, which can be extensive for most acts appearing.

Now that it's pretty apparent that the music world is increasingly centered around streaming music distribution, many artists, bands and managers still have no idea how streaming pays and why the royalty is frequently much less than expected. Here's an excerpt from the latest edition of Music 4.0: A Survival Guide For Making Music In The Internet Age that provides a basic primer on the two types music streams.


"What most artists and bands don’t realize is that there are two different types of streaming services, and they each operate differently, and therefore pay at a slightly different rate.

Non-Interactive Streams
The first is called a “Non-Interactive” stream and this is either from a platform that acts as an online radio station like iHeart Radio or any traditional broadcaster with an online presence (like your local radio station), or a service like Pandora where the user has a certain amount of control over what plays, but  can’t directly select a song or make it repeat. Streaming platforms in this category include services like Pandora, Last.FM, and iTunes Radio.

This money is paid directly to Soundexchange and is paid out at a rate of 50% for the owner of the copyright (which could be the record label or could be you if you’re DIY), 45% to the featured artist, and 5% to unions that represent the musicians that played on the recording.

If a services like iTunes Radio also provides advertising, it pays out at a slightly different rate as a percentage of the ad revenue is added as well (pro rated of course). In the case of iTunes Radio, that rate is 15% of ad revenue until September 2014, when it increases to 19%.

Interactive Streams
Interactive or on-demand streams are treated different from the radio-style streams in that the rate is considerably higher (between $0.005 and $0.007, depending upon how much the listener pays per month). Services that provide interactive streaming include Spotify, Rdio, Mulve, and Slacker.


The downside here is that if you’re signed to a label, the money is paid directly to them first. You’ll then be paid based on the royalty amount negotiated in your agreement. For instance, if you’ve negotiated a 15% royalty, then you’ll be paid 15% of $0.005, or $0.00075. If you’re not with a label, the money will be collected by Soundexchange or an aggregator like Tunecore, Ditto Music or CDBaby if they’ve distributed you songs to the online streaming services.


On top of the royalty paid to the artist and label, there’s also a publishing royalty that varies yet again from the above rates, which we’ll cover in the next section.

You can see why artists, bands, musicians and even record labels can be confused about how much they’re receiving from streaming. As The Temptations once sang, it’s a “ball of confusion.”

That being said, every artist should register with SoundExchange, a service created by the US Copyright Office to collect performance fees for musicians featured on a recording and a song's copyright owners. SoundExchange collects money for the actual performers on a recording, not the songwriters. Go to soundexchange.com for more information."

To read additional excerpts from the Music 4.0 guidebook and my other books, go to the excerpt section of bobbyowsinski.com

Posted by Bobby Owsinski at 9:08 AM No comments:

Online Videos To Carry Age Ratings In The UK

Do movie and television ratings actually work? We've had them for years in the US, but do they actually do anything to prevent youngsters from seeing anything that could be potentially harmful to them? These questions could be debated endlessly, and while some regulation is no-doubt useful, is more regulation necessary?

The British Board of Classification thinks so, as it has moved to force online music videos on YouTube and Vevo to carry an age classification as of October. The ruling is designed to protect children from "graphic content," according to a speech given by prime minister David Cameron. We can all agree that there's plenty of that to go around.

The US has a voluntary system for music videos developed by the RIAA that displays a "Parental Guidance" label on videos with explicit content. Most of the large online video providers already have age verification systems in place to ensure that less mature audiences are at least warned of the content. Of course, the problem is that most videos provided by the major labels are placed in this category.

A ratings board for games already exists in the US called the Entertainment Software Ratings Board has extensive ratings categories that covers most situations and monitors that industry quite closely.

The Internet has been largely exempt from any societal rules, but that's changing as it's now a primary piece of almost everyone's daily life. It's debatable whether video ratings will make any more of a difference than has been the case until now. Concerned and diligent parents are still the prime ingredient in good parenting. Maybe we should just leave it at that.

As an artist begins to have more widespread success, it's typical to have different landing pages and merch stores for different countries. What can become awkward is that it might not always be easy for someone to find the appropriate country-dedicated URL from your main "xxxx.com" address.

One way around this is to use a service that will is geo-aware enough to serve up multiple landing pages from your main URL and one of the best is smarturl.it.

Smarturl is free, but it does have a premium tier which allows iTunes affiliate tracking and conversion tracking.

Weighing The Pros And Cons Of A Universal Music Release Day 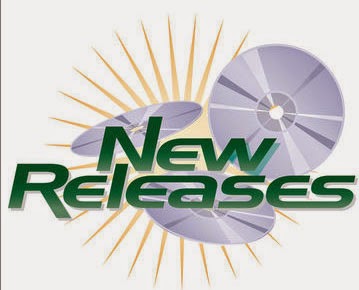 If you've been in the music business for any length you know that for a great long while now Tuesday has always the day that record labels would release their new music. The reason for Tuesday is the same that many PR agents hold their press releases until Tuesday as well - Monday is just too busy and noisy as people try to catch up from the weekend, and later in the week may not get as much attention as people get more work piled on them or are planning for the weekend.

That's why it's such a surprise that the music industry is on the verge of naming Friday as the new global street day for all new releases. Industry bible Billboard Magazine reports that that this new procedure will be put into effect in July of 2015.

So why the change, you may be wondering? According to the report, it’s to prevent piracy. Right now, each country has it’s own release day, which means that if an album is released in Australia on Friday, or the UK on Monday, the recording is already copied and spread online by the time the Tuesday release rolls around in the United States.

On the surface this seems to be a perfectly reasonable action until you begin to think about it. First of all, is piracy even an issue anymore? Except for a very few territories, we now live in an increasingly stream-filled world where music consumers have little desire to own the product that they listen to. If you don’t want to own it, then there’s no reason to want to steal it. Read more on Forbes.
----------------------------------
Help support this blog. Any purchases made through our Amazon links help support this website with no cost to you.