The 5 Kinds Of Music Publishing Payments

Too many musicians underestimate or just plain don't understand how important music publishing is. It's always been the hidden-in-plain-sight cash cow of the music business, but also has been one of the least sexy. That said, publishing is literally the gift that keeps on giving, where you can get paid (and paid well) while you sleep. It's also the one part of the business that still continues to do well even though it's taken a hit like most other areas in music.

DIY Musician posted a short article on publishing recently that I'd like to paraphrase a bit regarding the 5 kinds of payments that music publishing can provide. If you're not hip to publishing, hopefully this will wet your appetite to learn more.

1. Mechanical Royalties: Every time your song is sold either on a vinyl record, CD or MP3, the songwriter is entitled to $.091 per copy. What that means is that if there's an album with 10 of your songs on it, you'll make $.91. This is why some writers made big money in the glory days of the business when albums where king. It's also why those same writers have far less income these days where it's a singles world, and will have even less when the world changes to streaming, although you do get a mechanical from some services like Spotify, although at a far lower rate.

2. Performance Royalties: Every time your song is played in public, you're owed a royalty payment. This includes airplay on the radio (terrestrial, satellite or Internet) and television, or in restaurants, clubs or even high school plays (although that's a lot harder to collect).

3. Synchronization License Royalties: Whenever your music is played along with moving pictures like television or movies, the creator of the movie or video has to pay the songwriter a fee. If fact, if you're the artist as well and they use your recording, they have to pay a fee on that as well. This is where most of the growth in the publishing business has come from recently, thanks to the proliferation of television channels.

4. Sample License Royalties: If someone samples a piece of one of your recorded songs, they owe you a royalty. Once again, this is a relatively new revenue source that's only happened in the last 20 years. There's been some big lawsuits regarding samples that have largely gone in favor of the songwriter.

5. Sheet Music Royalties: Any time your music is reproduced in a printed form, you're owed a royalty. This includes hard or soft copy sheet music, lead sheets, and anything else that represents your music or lyrics. When the music business was young over a hundred years ago, this was the major source of revenue for the entire industry.

As you can see, publishing pays in more ways than one. Having a piece of a big hit can pay off for the rest of your life, which is why those in the know are so protective of it. I still get paid for some songs I wrote that appeared on the 80s hit television show Bay Watch (although it's not much these days), which goes to show how powerful being a songwriter can really be.

It Can Be Done, With An iPhone

We live in an age where there's so much technology available to us that there's no excess why you can't be creative anymore. Take making a video for example. Once upon a time not all that long ago, if you didn't have an expensive high-quality camera on your shoot, the quality wouldn't be sufficient enough to ever get on television.

Today an artist isn't all that concerned with getting their video on TV, but high quality for YouTube and other video networks is still a priority, as more and more consumers demand hi-def. Luckily, the video technology available today for mere hundreds of dollars far surpasses some of the multi-thousand dollar cameras of ten years ago. In fact, even the video quality that you get from the almost afterthought feature of a typical iPhone 5 is amazing.

Here's a video for Allied Irish Banks that was done completely on an iPhone. Granted, there's nothing fancy and no editing at all, but the point is that the video holds up well enough to meet television standards.

Considering that many videos with just lyrics or a picture of the album cover get millions of views, an iPhone video behind a song could work at least just as well, if not better.

Now there's no excuse. You can't blame it on the gear any more. 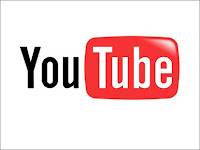 I've posted before on the some of the things you can do to optimize your videos (like YouTube Channel Ranking Tips and A Tip To Improve Your YouTube Ranking), but here are 9 additional tips for improving your video SEO after your meta tagging is complete. Most of these are overlooked, but fairly easy to accomplish.

1. Upload a transcript of the video. This is perfect for a music video in that it can contain the song lyrics. This closed-caption file is important because it's searchable content that helps with search indexing.

3. Upload in high-definition at 1920 x 1080 if possible. Unlike only a few years ago, hi-def is now the norm and preferable to most viewers.

4. Include a call to action. This can either be a link to a website or an annotation.

5. Make the video public. This seems like a no brainer, but the video won't be searchable unless this is selected.

6. Choose the right category for the video. This is a tough one sometimes since a video may fall into a number of categories at the same time. The best strategy is to stay with the most appropriate category (music), since that's where you're most likely to get the most views from.

7. Create a playlist. This is a relatively new feature of YouTube, but it helps viewership by keeping similar videos joined by topic or theme.

8. Embed the video on your website or blog. The best way to get the video out there is to have it appear in as many places as possible.

9. Include annotations. These are the pop-up links and text that provide the video with interactivity. Annotations take some extra time to program, but are worth it as it's been found that the engagement increases with videos that include them.

I've adapted these points especially for musicians from a great article on ClickZ, which has a lot of additional info on video SEO.

Even though CD sales are down more and more every year, consumers are still buying albums (see yesterday's post). There's still a place for CDs as a product during live events like gigs since music consumers want a physical memory of the event, but they're starting to feel more and more dated as time goes by. That's why a new format for the album could be a boon to music sales, and that's why the Flarian Music Player is so interesting.

The Flarian Player is about the size of a credit card and can hold about 1 Gig of data. Since it's a true audio player complete with an audio jack, you can listen to the audio directly via a set of headphones or earbuds, or plug it into a computer with a USB adapter (which will also charge the unit). The company also sells a USB-only version of the card that has been previously released, but this takes it to the next level.

One of the things that the Flarian Music Player claims to be is a great business card for musicians, since it can contain audio examples of your work, and I see a future for this device at least in that market even if it doesn't break out to the larger consumer marketplace. That said, physical music products will always be around, so it makes sense to move to something that technologically newer and has a lot more wow factor than the old tech that is the CD.

The Flarian Music Player is currently at the beginning of an Indiegogo crowdfunding campaign, and you can find out more details about the unit there. In the meantime, check out the video below. I wish it had just the basic info instead of the attempt at comedy (the principles probably read somewhere that most successful crowdfunding videos are humorous), but you'll get the idea.

US Individual Track Sales Down, But Why?

After a gangbuster growth rate for ten years, US individual music track sales are down 2% for the year through April 14th according to Nielsen SoundScan. While this may be a surprising stat, what's even more surprising is that digital album sales are actually up 9% for the year.

While digital track download sales had gone negative for a time in 2010, they actually ended the year in the positive. While this might happen again in 2013, it also might be an indication that the streaming music revolution is beginning to take hold, as more and more consumers discover the beauty of access or ownership. That might explain track sales, it doesn't adequately describe why album sales have increased though.

The two major theories on the subject are that more and more people are using Apple's Complete My Album feature to fill in their missing album tracks. The second theory is that both Amazon and Google Play are gaining market share from iTunes, mostly because of deep discounting, especially on albums. If I had to make a choice, I'd say the reason lies more in the fact that albums have been discounted rather than people trying to fill in those lost tracks that they never listen to anyway.

We'll have to see if either of these sales stats are temporary or long-term, but the only thing that will be a surprise is if album sales continue at their current pace. If they do, the bigger marketing question will remain, why?