Many up and coming artists have found cover songs to be the ticket to gaining a larger audience. While this is a tried and proven method on Youtube, taking it to iTunes will no longer receive the same reception. Digital Music News reports that sound-alike cover songs will now be banned from the service.

iTunes is really trying to clean itself up after years of complaints about people buying a song only to find out it's a tribute or cover, or even worse, a cover by the real artist. Many artists re-record a track in order to cut the record company out of the royalty pipeline. It may sound close, but it's not the original and usually you can tell.

The latest iTunes Style Guide (here's a link to the previous one) apparently says that track titles that state "Originally performed by," "In the style of," "Tribute to," or "Cover of" will be automatically rejected. Also, any songs that violate these guidelines that currently are on the library will eventually be taken down.

Karaoke and instrumental versions are the exception, however, as long as they're placed in the correct category.

iTunes will also no longer accept titles that include popular song lyrics either.

This problem is more acute on digital download services where you think you're getting one thing and instead pay for something else. With a streaming service you just move on, trying to find the version that you want, so they don't have the same restrictions in place that iTunes has.
Posted by Bobby Owsinski at 8:00 AM 4 comments: 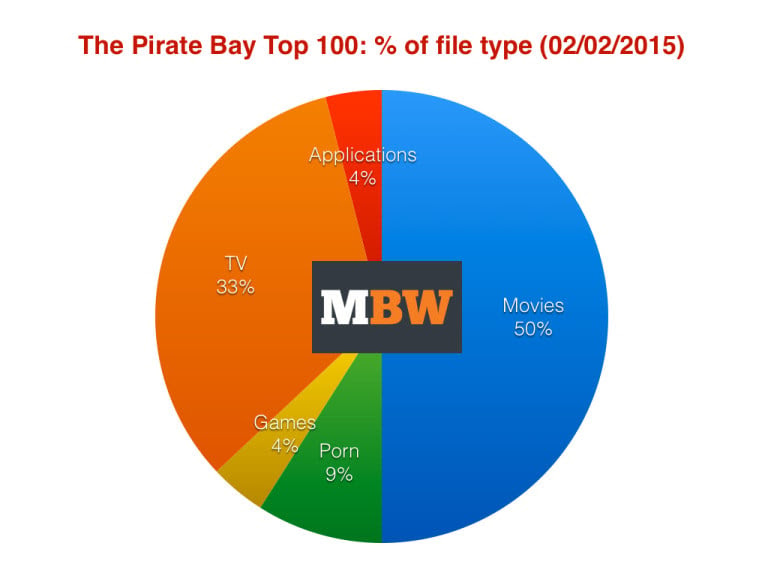 There is good news and bad news when it comes to piracy. According to an MBW analysis of the newly returned online sharing site, music doesn't even crack the top 100 of most downloaded files.

That means that, like many have been saying for a while now (including me), piracy is no longer a major issue for the music business.

The bad news? It could mean that people don't care enough about music anymore to steal it, although I'm inclined to believe that it's more about the new streaming paradigm than anything.

There will always be pirating of material that people can't either afford, think is too highly priced, or is inconvenient to get legally. As we've seen with music, once at least one of those barriers are broken, pirating decreases, except for in the case of some techies who will pirate things anyway just because they can.
Posted by Bobby Owsinski at 7:00 AM No comments: 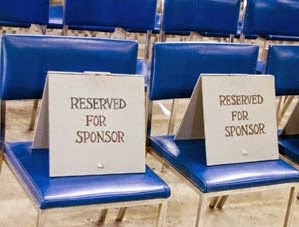 Every artist or band wants a sponsorship, even on a local level, but they're usually hard to come by. That's because most potential sponsors aren't aware of the many ways to utilize a sponsorship, and neither is the act.

Group M Entertainment and Sports Partnerships, the world's largest media buying firm, discovered during a 12 month study of 2,000 people spanning all age groups that 44% of concert goers are more likely to respond to a brand that sponsors a show compared to 38% at a sporting event. The only problem is that most brands aren't as familiar with music as they are of other "passion points" like sports.

That said, there are 5 tactics that a brand can use to sponsor an artist or band:

These apply to just about any kind of sponsorship, even for a local band. For instance, if you get a local clothing store to sponsor you, you can have their name on all tickets, their promotional material and banners can be available during meet and greets and after-parties, or they can have some of their clothing at the venue for attendees to check out. Of course, having them utilize their social media to promote the show and vice-versa the band promoting the store, could also be utilized.

By offering a variety of alternatives, you're more likely find sponsorship than just asking to hang a banner behind the band.
Posted by Bobby Owsinski at 7:00 AM No comments:

Once again research shows that Facebook's popularity among teens continues to wane, as a new report from Frank N. Magid Associates found that the number of teens that use the social network is down 6% from last year.

What this means to  band or artist is that if your fanbase is comprised mostly of teens, then Instagram should definitely be part of your social media promotion mix. But don't forget Facebook, since a great many teens still do check it out, especially outside the US.

When Katy Perry takes the field to present her 12 minutes of Super Bowl halftime entertainment on Sunday, the reality of what that exposure brings will have changed greatly from previous years. Forget music sales, social media followers, viral music videos or any of the other recent analytics that an appearance of such magnitude usually measures by. Sure, those will still be there, but this time the prime metric of the expected Super Bowl bump will be different. Now it’s all about the sponsorships.

Last year’s headliner Bruno Mars watched his album sales jump more than 160 percent right after his Super Bowl appearance, and his earnings for the year topped $60 million, good enough to place 12th on the Forbes list of richest entertainers. Ms. Perry has already sold nearly 100 million units, and that should increase directly after a halftime of greatest hits (even last year’s guests Red Hot Chili Peppers saw their greatest hits package soar over 400%), but the sales are almost an afterthought to an artist in the current music environment. In the new Music 4.0 world we live in, the music is the marketing, not the product.

While Perry came in 23rd on that same list with $40 million last year, she can expect a big bump in revenue in 2015 thanks to a major increase in her concert asking price as well as a big jump in her sponsorships. What that means is that the overhead involved in any major tour she mounts will diminish greatly with sponsors signing on for big dollars, which is where the real money in music is today. Read more on Forbes.
Posted by Bobby Owsinski at 8:00 AM No comments: