Neilsen Music and Midem recently conducted a survey of 26,644 online consumers in 53 markets across the globe during September 2010 about their digital music consumption habits. Here are some of the results of that survey:
Other interesting items include:
We're clearly changing our music consumption habits world-wide. Consumers are buying less, but consuming more music than ever, and music video is rapidly becoming the music consumption vehicle of choice.

It appears that there's a growing trend in the UK these days called "Listening Clubs" where a group of people get together to listen to a classic album from beginning to end, according to an article by the BBC News. What's more, the playback source is high quality vinyl played through high quality audio gear, in order to make the experience as enjoyable as possible.

As we did in the past, the listeners get comfortable, the lights are dimmed, phones are turned off, and late arrivals are encourage to wait until the end of the album before entering.

Anyone who grew up in the age of vinyl knows that listening like this was a common practice back then. You would often go to someone's house just so you could hear a new album, and most often you'd listen all the way through the record. It was just part of every day life back then. You never thought twice about it. Music meant a lot to people (as it does now), but the overall listening experience was way different.

One of the reasons that vinyl records lend themselves so much to this practice is the fact that they real do sound better from a number of standpoints. The audio was much less compressed, which gave the songs some dynamics and created very little ear fatigue (a real problem with today's CDs and especially MP3s these days). And the audio quality in the way the record was made, the playback source (the record itself), and usually the playback system were quite a bit better than we're used to today. In fact, it was difficult to find anyone that didn't have a quality sound system back then. Even the lowliest dorm room's playback was far superior to what's normally found everywhere but the studio and audiophile household today.

We can only hope that this trend extends to the United States, since today's listeners should really be exposed to the joys of excellent music played back through an excellent sound system. Once the bar is raised in what you're listening to, it's difficult to listen to MP3's ever again.

The State Of The Music Industry For 2010

The International Federation of the Phonographic Industry (IFPI), the association that represents the recording industry worldwide, recently released its Digital Music Report for 2010. In it was a lot of information that certainly put the state of the entire music industry in perspective, such as:
1) It's estimated that 95% of all music downloads are unlicensed, or 19 out of every 20. Spain has the highest piracy rate, and it's estimated that 45% of all Spanish Internet users get their music illegally.

3) More than 400 legal music services now exist globally, 200 of them in Europe alone.

5) Box office sales of the top 50 tours dropped by 12% last year and the number of tickets sold declined. The revenue looks higher than it really is because the price of tickets have gone up.

6) Fewer new artists are breaking through globally. Total sales by debut artists in the global top 50 album chart in 2010 were just one quarter of the level they achieved in 2003

Now you can look at this report and see doom and gloom written all over it, but I'm going to give you a different perspective. The industry is changing and the big shakeout is in progress. You'll soon see many of the old guard drop away, and with them, their way of doing business. You'll see much of the big money that controls the business abandon it because it's no longer profitable. Good riddance to them.

In their place will be a new business and a new way of working. The new music business may never return to its former heights, but it will be better than ever and well worth the wait. New blood, new energy, new music, new excitement. Right around the bend.

Here are the top 10 global best selling singles for 2010, according the annual IFPI Digital Music report.

This compares to 9.8 million copies of Lady Gaga's Poker Face


Notice anything about these? They're all from major labels. The lesson is that major labels are still a necessity if you really want to break out big worldwide, at least as the industry is currently configured.
-----------------------------------
You should follow me on Twitter for daily news and updates on production and the music business.
Check out my Big Picture blog for discussion on common music, engineering and production tips and tricks.
Help support this blog. Any purchases made through our Amazon links help support this website with no cost to you.
Posted by Bobby Owsinski at 9:40 PM No comments: 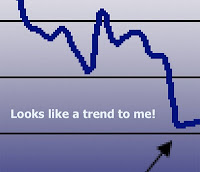 The news just keeps getting worse in regards to music industry sales. Last week the #1 album on the Billboard 200 chart by the band Cake, "Showroom of Compassion", sold just 44,000 copies, which is the lowest for a #1 since Soundscan began tracking sales in 1991.

That being said, Britney Spears "Hold It Against Me"

had a great debut atop the Digital Songs chart with 411,000 downloads sold, which was the largest debut ever for a female artist, topping Taylor Swift from about a year ago by almost 100,000.

Overall physical sales are down 11% from last week and 15% from this time last year. Then again, where are you going to go to buy a CD these days? With one of the last remaining CD retailers, FYE, about to shut its doors, it's not easy to buy one of those round pieces of plastic even if you wanted to.

That being said, digital sales are not terribly robust well, with Bruno Mars' "Grenade,

What's the upshot? CD album sales were the cash cow of the industry, but that cow is dead and slaughtered. It's now a singles world, but there's a huge difference in cash flow from 400,000 singles as compared to 400,000 albums like in the golden days. That doesn't necessarily mean that we'll never go back to album sales. It just means that's not where the music industry is at currently or in the foreseeable future. If you're an artist, you just gotta roll with it.