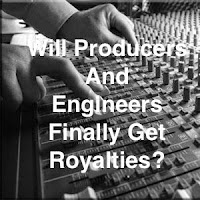 A new bill in the U.S. House of Representatives has been introduced to give producers, engineers and mixers a mandatory piece of the royalty pie. The Allocation For Music Producer Act, or AMP Act (H.R. 1457) is designed to correct an injustice that continues to carry on for all producers and engineers except the elite.

It's been standard since the late 60s for producers to get a royalty on the records they produce, but they had to negotiate their own deal with either the record label or the act they were working for. Engineers rarely had a deal for royalty points, and when they did it was for a substantially smaller amount than the producer.

The AMP act would create a statutory right for producers and engineers to receive royalties from digital sales and streaming. This would be handled through Sound Exchange.

Producers have increasingly found it difficult to get paid in recent years, since their royalty stream was based on physical sales and usually not on digital. As a result, they've had to exist on the advances they received, which have shrunk since budgets are generally much smaller than in the past, except in the case of superstar acts.

Sound Exchange collects from radio-like streaming services like Pandora, SiriusXM and cable TV and splits the revenue 3 ways; 50% to the copyright holder, 45% for the artist, and 5% for non-featured musicians like studio musicians.

The AMP Act proposes that 2% be set aside for the producer and engineer, and that will come out of the artist's 45%.

So many producers and engineers have been responsible for making some major hits what they are, yet there are many cases of them not even being credited, let alone paid for the success of their work. The AMP Act hopefully will finally make it happen.

Posted by Bobby Owsinski at 6:00 AM 2 comments: Links to this post

The Most Popular Drugs At American Festivals

Music festivals are cool for all sorts of reasons but apparently one of them relates to drug intake. A study that monitored social media postings from festivals found that a surprising number of them have to do with drug use.

The following infographic comes from DrugAbuse.com, so it's probably biased, but it's still interesting to see how different the drug of choice is depending upon the festival. By the way, the website looked at over 3 million Instagram postings across the 15 largest festivals to determine the numbers. Still, consider the source as you peruse the following graphic. 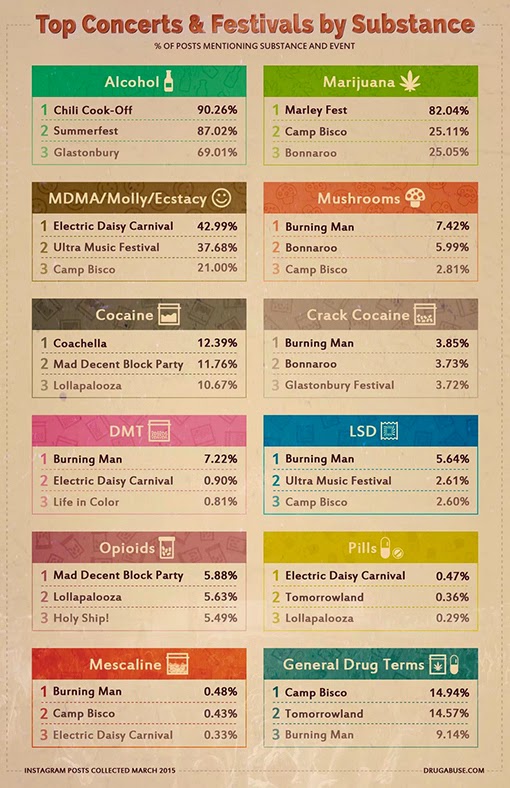 It's easy to look at the upcoming streaming music launches from Apple and Google and think that they'll automatically take the lions share of that end of the business, but that underestimates just how important Spotify is the current music industry.

Spotify is now responsible for 10% of the industry's total revenue as of the first quarter of 2015, if you can believe their Director of Economics Will Page. That's a number that few thought would ever be reached, at least from Spotify.

Considering that according to the IFPI, all streaming services combined equaled about 10.2% last year, that means that the company is a juggernaut in the space. Of course, it also means that the 10.2% mark has grown considerably in just 3 months.

Granted, these numbers are coming from Spotify, so they're most likely biased, but it does show that the service has a real hold on the market that might be tougher to dislodge than any of the potential upstarts realize, regardless of how deep their pockets might be.

What's A Music Stream Worth? 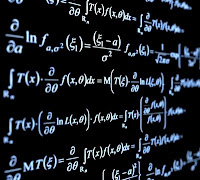 You might wonder how the music industry determines how much a stream from a major service like Spotify or Pandora is determined. Unfortunately, that's a wildly moving target so no one can exactly say, and here's why.
Because there's no way to determine the exact amount that a stream pays out, the industry has come up with something called a "stream equivalent album (SEA for short)." The way this works is that 1,500 streams at an average of $0.005 (a half-cent) each equals $7.50, which is the wholesale price for a CD. Therefore, 1,500 streams = one album.

Billboard began using this figure last year to help determine chart position, and the music industry has adopted it as a general sales metric. 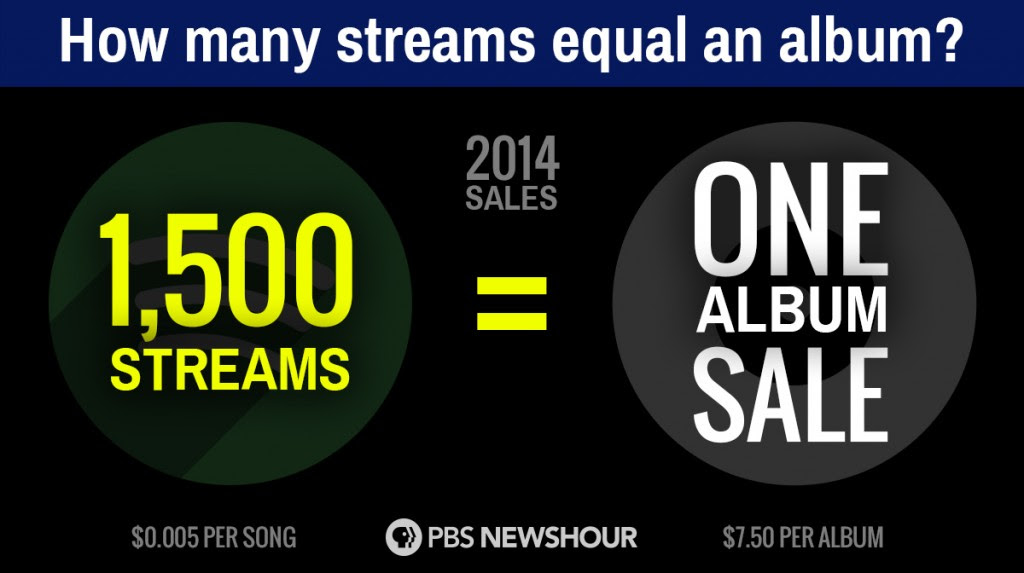