4 Tier Rewards Of A Crowdfunding Campaign

The great Hypebot blog recently posted a nice interview with Yancey Strickler, the co-founder of Kickstarter, which is one of the leading crowdfunding platforms used by artists and bands today. While Yancey described many of the elements that work for a crowdfunding campaign, one of the best pieces of the article was about funding tier rewards. A funding tier is a level of investment, like $25, $50, $100 and $500 dollars.

One of the most important elements of a crowdfunding campaign has to do with the rewards that an investor receives for putting money into the project. Just getting credit and money back usually isn't enough, and Yancey had these suggestions (I've messaged the text a little for clarity) to make the campaign a bit more enticing.

1) The Basic Reward - If nothing else, the investor should receive a copy of the CD or a free download.

2) Limited Editions - For either the first 100 investors or the next higher tier, the investor receives a deluxe edition that's individually numbered and personally signed.

3) Share The Story - The next tier investor would receive something even more exclusive, like Polaroids (these certainly are a limited and rare item) from the studio, used guitar strings or drum heads, the coffee cup used by the artist, or some other personal item.

4) The Creative Experience - Bring the investor into the process itself by asking for his or her opinion on which version of a song or photo to release, bring them into the studio for background vocals or handclaps, or just invite them to sit in on a recording, photo session or video. The idea is to give an investor at the highest level a once-in-a-lifetime thrill.

None of these cost very much, yet they could mean the difference between someone investing or not, or investing in a more costly tier.

Although it still seems pretty safe for people to illegally share files regardless of the many lawsuits by the RIAA, an artist in New York City has discovered a way to continue the practice of file sharing even if all online pirating could be shut down tomorrow.

Aram Bartholl has started a project called Dead Drops that utilize the same methods that spies use to share their info - by embedding USB sticks in walls and curbs across the city. Essentially what you have is a good old fashioned sneaker-net system that would be impossible for anyone to shut down in the event that all online piracy was neutralized.

There's not much chance that will ever happen, but it just goes to show how simplicity and the real world can sometimes top the virtual one.

I don't know if Dead Drops was inspired by Trent Reznor of Nine Inch Nails, but it sure sounds a lot like something he's done in the past. Trent has been known to leave unmarked USB sticks in the bathrooms at concerts with either new material, or directions to a secret show. It was a great viral maneuver that also bypassed a widespread technology for a more physical localized one.

Come To My AES Sessions And Book Signing

I'll be presenting a couple of sessions at the upcoming AES convention in San Francisco on November 5th and 6th entitled "Social Media For Musicians And Engineers - Part 1 and 2."
Here are the session descriptions:
Social Media For Musicians And Engineers - Part 1
For the first time in history, an artist or band can directly communicate, market and sell directly to their fans without the need of a record label. This presentation describes the basic elements needed for a successful online social presence, as well as the latest strategies for music and video releases, online promotion and sales, and interaction with fans and clients.
Topics covered include:
The meaning of Music 3.0
Why a website is the center of your social media universe
The elements of a successful site
The new release schedule
Your mailing list - old tech, new importance
The social media world is larger than you think
Measurement techniques
Social Media For Musicians And Engineers - Part 2
MySpace, Facebook, YouTube and Twitter are important elements for developing a fanbase, but without the proper strategy they can prove ineffective and take so much time that there's no time left for creating. This presentation shows artists, bands, musicians and audio professionals the best techniques to utilize social media as a promotional tool without it taking 20 hours a day.
Topics covered include:
Social Media management strategies
Optimizing your YouTube presence
The secrets of viral videos
The online video world is larger than you think
Search Engine Optimization basics
Using Facebook and Twitter for marketing
The secret behind successful tweets
Is MySpace dead?
What’s next?
If you're attending AES, please join me for the sessions and book signing afterwards.
Posted by Bobby Owsinski at 2:45 PM 2 comments:

The Pirates Fight Back 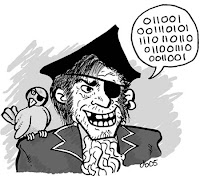 In what looks to be an escalation in the RIAA's (the recording industry's trade group) war on piracy, the pirates are now fighting back. Possibly because of the injunction that the RIAA won last week against the illegal file-sharing service Limewire, RIAA.com was hacked on Friday and taken off the air. The site returned on Friday night and has been on the air since.

A group calling itself "Anonymous" claimed responsibility for the act and announced "Operation Payback" intended as a means of making life as difficult for the trade group as it's made on the music industry's customers that it sued.

Operation Payback seems to be no more than a nuisance to the RIAA, but they're trying to make it as painful as possible. Anonymous started by publishing personal details of RIAA head Mitch Bainwol and his wife, then published office phone and fax numbers in the hopes of causing enough of a disruption as to take the industry group's mind off of the pirates.

I'd venture to say that the RIAA has never gone up against someone willing to fight dirty before. The developments should make for an interesting story to follow over the next few months.

Peer-to-peer file sharing used to be the bane of the music industry (it still is) and the largest component of Internet bandwidth. Now comes word that online video has surpassed P2P file sharing as the largest generator of global broadband traffic, according to Cisco's Visual Networking Usage Report.

Online video now represents 26% of all traffic, just ahead of the 25% P2P traffic, which was down significantly from last year. Peak hours for video viewing are between 9PM and midnight worldwide.

Believe it or not, more than a third of the Top 50 sites by volume are now video sites, and contrary to popular belief, none of the top 50 are adult sites.

What does this mean? Record labels would be a lot better off helping their acts promote their videos than chasing down illegal downloaders.

Email ThisBlogThis!Share to TwitterShare to FacebookShare to Pinterest
Labels: peer to peer, videos 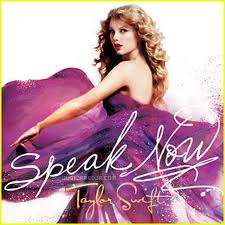 Then if you head on over to iTunes, the download price is $13.99 for all the entire album, or $1.29 per track. It will be very interesting to see the breakout of which distributor actually sells more product.

That being said, it's probably not so much about the pricing strategy as it is about Swift's popularity, since the album is expected to sell more than 1 million units it's first week out. That would be a record for a country album, and a most rare sales occurrence these days.

Despite all the gloom and doom around the music industry, this performance proves that there's still an audience willing to purchase music if it's a product they like.