How To Use YouTube's New Branding Intro Feature

YouTube has added a new feature that might be interesting to many artists and bands that allows a 3 second intro to be added to the start of any video on your channel.

This is what you do to set it up:

1. Shoot a 3 second video that's consistent with your brand.
2. Upload it to YouTube as an "unlisted" video (this is important).
3. Select "Add a channel branding intro" on your channel's InVideo Programming page.
4. Choose the videos you'd like the intro to appear on.

Be aware that you can't use this intro for an ad, sponsorship or product placement as it will violate YouTube's terms of service agreement. This is to be used to promote your brand and your channel.

If you have a logo, this would be the spot for a short animated (or even a static) version.

What To Do After The Album Is Finished

In many ways, the actual creation of an album is the easiest part of the job. Many artists and bands can do a great job of that, but then wonder what to do after their masterpiece is finished.

Here's a video from my new Selling Music: MP3s, Streams and CDs course on Lynda.com that shows the 10 steps you can take to take advantage of your latest release.

The 8 Stages Of The Music Business

If we were to look at the music business from its very beginning, we'd see that there are 8 totally different stages, each one driven by a new technology. Here's an excerpt from my Music 4.0 Internet music guidebook that briefly covers those stages.


Music 0.5: The embryonic stage of the music business predating recorded music, where the product was limited to sheet music and piano rolls, and the song was much more important than the artist.

Music 1.0: The first generation of the music business as we know it today, in which the product was vinyl records, the artist had no direct contact with the record buyer, radio was the primary source of promotion, the record labels were run by record people, and records were bought from retail stores.

Music 1.5: The second generation of the music business, in which the product was primarily CDs, labels were owned and run by large conglomerates, MTV caused the labels to shift from artist development to image development, radio was still the major source of promotion, and CDs were purchased from retail stores.

Music 2.0: The third generation of the music business, which signaled the beginning of digital music and during which piracy ran rampant due to peer-to-peer networks. The industry, however, took little notice, since CD sales were still strong from radio promotion.

Music 2.5: The fourth generation of the music business, in which digital music became monetized thanks to iTunes and, later, others such as Amazon MP3. CD sales plunged, the music industry contracted, and retail stores closed.

Music 3.0: The fifth generation of the music business, in which the artist could communicate, interact, market, and sell directly to the fan. Record labels, radio, and television become somewhat irrelevant, and single songs are purchased more often than albums.

Music 3.5: The sixth generation of the music business where YouTube and other online video platforms become the new radio, and the digital side of the business begins to slowly morph from one of downloads to streaming.

Music 4.0: The generation of the music business that we’re now entering, where streaming becomes the preferred music delivery method for the consumer, which makes it profitable on a wide scale and increases revenue for artists, songwriters, publishers and labels.

To read additional excerpts from Music 4.0 and my other books, go to the excerpts section of bobbyowsinski.com.

Would You Wear Your Music?

From all indications it appears that the Apple - Beats Electronics deal will come to pass, and as we move forward from the initial leak a week or so ago, many analysts are focusing on the wearable tech part that Beats may bring to the Apple deal.

As I and other industry observers have written, Beats headphones are as much a fashion accessory as an audio accessory, with the balance clearly leaning towards the fashion side of things. There are plenty of other headphones available from serious audio manufacturers that not only sound better but are also cheaper, but virtually none come close to the sales numbers. Beats excels at marketing (much to the chagrin of the serious audio manufacturers), and as a result its headphones are all the rage, especially in the Urban community thanks to co-founder and uber-producer Dr. Dre (“Beats By Dr. Dre” is the brand name).

This scenario is one that’s actually very near and dear to Apple’s heart. It wasn’t that long ago that the iPod was the go-to music device for anyone that was even remotely into music, and the distinctive white earbuds made exactly the same statement then that Beats makes today, only to a much broader demographic.

The trend continued with the introduction of the iPhone, where you just weren’t hip unless you had one (signified again by the white earbud/microphone), which carried on until the various Android smartphones gained marketshare over the last 12 months or so. As a result, owning an iPhone no longer holds the same status as it once did. Read more on Forbes.
----------------------------------
Help support this blog. Any purchases made through our Amazon links help support this website with no cost to you.

Introducing Music 4.0: A Survival Guide For Making Music In The Internet Age 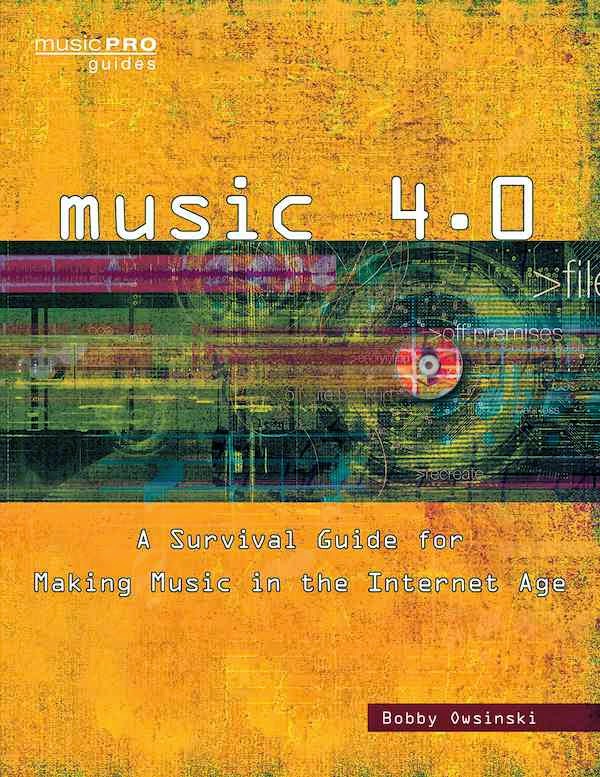 I'd like to introduce you to my latest book, Music 4.0: A Survival Guide For Making Music In The Internet Age. This is really the 3rd edition of my best-selling Music 3.0 book, but the music landscape has changed so much that it's now become a whole new evolution of the business.

What's changed? We're now firmly planted in the streaming era of music, or Music 4.0. The changes to the industry are significant, and this book outlines them all. Among the other questions that the book answers are:
The book also covers the differences between streams (there are actually 4 types), and how much each one pays, which is data that you won't find in any other publication or even in any one place on the Internet.

Check out the Music 4.0 table of contents and excerpts.