People love to collect things, and paying stupid amounts of money for a collectible is something that's pretty common to feed the obsession. Vinyl records are no exception, but you have to wonder why some records are worth so much.

The Vinyl Factory recently posted the 10 most expensive records sold on the Discogs trading site so far this year. If you've heard of more than 2 of these then you are indeed a serious collector.

What's the big attraction? Most are limited collectors items. For instance, the Coil record was one of only 55 pressed (you can listen to a sample here).

It's pretty cool to see the great drummer Bernard Purdie on the list though.

Any bets that the buyers of these records never actually listen to them?

Soundcloud has been trying to become more than just a way for artists, bands, and DJs to showcase their music, and the service took a big step forward yesterday with a new licensing deal with one of the major labels in Warner Music.

The deal means that Warners and Warners artists (hopefully) will get paid anytime someone plays one of their songs on the platform. This includes any of the very popular DJ mashups that the service is becoming noted for.

Warners will also take a cut of the ad revenue generated, as well as a cut of the revenue from Soundcloud's yet-to-be-introduced subscription service.

On top of that, the Wall Street Journal reports that Warners will also get a 3 to 5% stake in Soundcloud as part of the deal.

What the Warners deal does is legitimize Soundcloud in the eyes of other labels and in the investment community, allowing the service to raise additional capital and make the next major label deals a bit easier. For artists, it means that they'll finally get paid if someone plays their music on the platform (providing they're signed to Warners, at least at the moment).

On a related side note, I always suggest that people use Soundcloud if they want me to listen to their tracks. It's so much more convenient that sending a file. Taylor Swift and her label Big Machine made a bold statement today by pulling all of her music from Spotify. Here’s another case of a music superstar railing against the new delivery norm, as consumers increasingly move that way, and artists and record labels complain about it.

It’s ironic that Ms. Swift has such negative feelings toward music streaming (as evidenced by her recent Wall Street Journal editorial), yet has long been a champion of social media, using Facebook and Twitter to its utmost to build her fan base. Her engagement is through the roof as she walks the walk and makes her fans feel like they’re a part of her life and she a part of theirs, which is really difficult to do with 46 million Twitter and 70 million Facebook followers. That said, if she’s really all that socially aware, she of all people should know that streaming is where the future lies, as more and more music consumers move that way every day.

Already there’s somewhat of a negative blowback from her fans, with many reacting with outrage via Twitter to label Swift as greedy. After all, a huge amount of her fan base does live there, with 16 million of the company’s 40 million subscribers having played one of her songs in the last month, and 19 million having her on their playlists. And now her music is gone, and to what end?

If I had to make a guess, I would think that the thinking behind this decision was to try to eek out every last sale of her new 1989 album as possible, and maybe there’s actually some sound reasoning behind that. The opportunity to cash in on a physical product might not be possible the next time Swift drops an album, as tastes and trends move on, so it makes sense to sell as many as possible while there’s still a market for it. Read more on Forbes.
----------------------------------
Help support this blog. Any purchases made through our Amazon links help support this website with no cost to you.

Pianist Asks To Remove Review Under "Right To Be Forgotten" Ruling

Did you ever get a review that you hated (or hated you) that you wanted removed? That's what happened to pianist Dejan Lazic, who received a less-than-flattering review in the Washington Post way back in 2010. Lazic, who lives in Zagreb, Croatia, decided to fight back by invoking the little known "Right To Be Forgotten" rule in the EU to get the the newspaper to remove the review from its website.

It wasn't the review itself that hurt, according to Lazic. It was the fact that it showed up on the first page of a Google search for the last 4 years that he claims is detrimental to his career.

What's more, he does have some legal standing here. The European Union has ruled that individuals have the right to their personal information, so they should also have control over their personal search results. If your name comes up in a search and the links turn out to "inadequate, irrelevant or ........ excessive," an EU court ruled that you should be able to ask the search engine to remove them.

The problem is that the court ruled that the newspaper doesn't actually have to remove the review, since they own it. Google and other search engines, on the other hand, must remove the review from their search listings, and they have.

In the end, this might have been a just a great PR stunt. Most of the links on a Lazic search refer to him asking to remove the review, and his name certainly got out there a lot more from this incident than from his performances.

Still, most people don't know about the "right to be forgotten" rule in Europe, so it's worth noting if ever needed. That said, this doesn't apply in the US - at least not yet.

5 Ways To Get Fans To Buy Your Physical Product 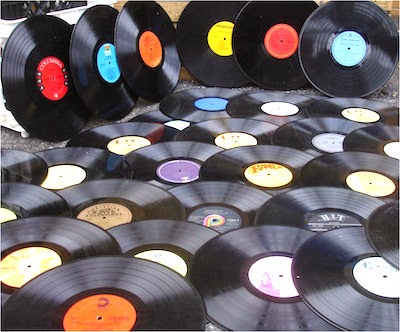 Even though most of us have changed to listening to music via online streams, physical product is never going away. People still buy CDs and vinyl is a very hot commodity, even though the sales number aren't what they once were. So what does it take to get people to actually buy your product?

Nick Moorhead wrote a great article on this over on the Sonicbids blog. I'm going to use some of his points with my explanations here, but you should still read his post because he offers a lot of good info. Here's my take on the 5 things to remember.

1. You need a visually compelling cover. Artwork sells and it always has. Back in the days before the CD when all we had was vinyl records, people would actually buy a record of an unknown artist just because they found the cover interesting. That still applies today.

2. Make it a limited addition. People can't resist something they think is a collectible. Sometimes by just numbering the products (#14 of 500, for instance) can make them more attractive, and allow you to charge more too.

3. Include some bonus tracks. A fan will buy the product if he knows that there are two songs that can't be found anywhere else. It's the ultimate enticement.

4. Provide a bundle. Sometimes just selling a record or CD isn't enough; you have to include some of your swag as well. Either include a T-shirt, sticker, patch or poster - it doesn't matter what's included to make the package seem like more of a bargain.

5. Make the liner notes special. Once again, back in the days of vinyl records, many people bought records based on the liner notes as well as the artwork. The more info you include (studio, additional players, behind the scenes trivia, etc.) the more fans are likely to purchase it. Including lyrics is also a plus as well!

It's surprising what just a little thought and a little bit of extra effort can do for the sales of physical product. Sometimes it's just that one extra thing beyond the music that gets someone into a buying frame of mind.