Spotify has heard the critics and has responded in kind. In an announcement at an event earlier this week in New York City, the music streaming service made a number of significant announcements that could alleviate much of the criticism that’s been leveled at it, at least for the moment.

One of the major issues with Spotify has been that you needed to be a paid subscriber in order to enjoy its mobile app. On Monday founder Daniel Ek announced that the app will now available for free not only on smartphones, but on tablets as well. The free version will still have adverts, and will add a Shuffle option that allows you to randomly play songs from within an artist’s catalog, instead of picking the exact song to play right away.

The second big announcement was that Led Zeppelin’s entire catalog will now be available on Spotify. Zep is one of the last of the major acts to withhold their music from any and all streaming services, so it’s noteworthy that the band has finally allowed this to happen.

The two announcements may sound modest on the surface, but they definitely play into a long-term strategy behind the scenes. By allowing the free version of the Spotify app on smartphones, the company can now expand it’s user base significantly, especially since its now available in 55 countries (a figure also announced at the event), many of which have more smartphone than desktop computer users. Read more on Forbes.
----------------------------------
Help support this blog. Any purchases made through our Amazon links help support this website with no cost to you.

Beats Music To Launch In January 2014 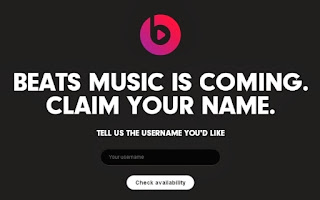 We've been hearing a lot about Beats Music, especially over the last 6 months, but now it looks like its introduction is at hand, with word that it will finally launch in January 2014.

According to a blog post by CEO Ian Rogers, “When I joined Beats Music in January I’d expected we’d get this out the door before the end of the year. Thankfully I work with people who have patience and are more concerned about getting Beats Music right than pushing it out the door. In retrospect we’ve accomplished far more this year than I’d imagined possible.”

Beats Music has a lot going for it, being owned by Dr. Dre and Jimmy Iovine, and being run by industry veteran Rogers with creative director Trent Reznor. The service is based around the MOG streaming service, which Beats purchased earlier in the year. It's also backed by a $60 million investment from billionaire Len Blavatnik's Access Industries and Texas billionaire Lee Bass, so its pockets are potentially deep enough to battle it out with the likes of iTunes Radio, Spotify and Pandora.

That said, the differentiating factor between Beats Music and other services is the fact that it's based around curated content by music celebs and professionals. In fact, a new feature just revealed allows you to listen along to the same content as your favorite celeb in real time. It's yet to be seen if music curation is actually the attraction that the company thinks it is though.

The top 10 YouTube brand channels like Red Bull, GoPro and Playstation (according to the Touchstone Video Index) all do the same things to stay there, so it's good to take a look at their techniques. Here's what we can learn that can be successfully applied to a music brand.

1. Publish content regularly. It's the key to increased viewer engagement, views and subscribers.

2. Convert your views into subscribers. Subscriptions are gold and much more important than views. The average is 2,276 subscribers per million views, so if you're not reaching that number then there's something wrong with your content.

4. Treat YouTube as an engagement platforms. Comments matter more than ever in Google rankings, so be sure to respond to all questions and comments.

5. Don't allow trash talk. Don't be afraid to delete and block inflammatory comments that lead to flame wars. Critiques are okay, but taking the conversation into the gutter kills your audience. You wouldn't allow it to happen at a party, would you?

Also remember that your video views should be evenly distributed. You're in trouble if one or two videos get 80 to 90% of your total views, as that means that the quality of your content is uneven.

Iron Maiden Stock On The Rise One of the premier metal bands is also a premier company with an excellent performing stock. In a recently released report by the London Stock Exchange entitled 1,000 Companies to Inspire Britain, Iron Maiden LLP was named as one of the UK's fastest growing music firms.

Maiden has long been at the forefront of using their avid fan base as a springboard for both major tours and independent releases. The band has a huge global audience, especially online, where their fan base grew by 5 million from their touring of South America alone. In fact, it's estimated that Brazil may be the strongest market for the band overall, despite the heavy torrent use in that area.

I profiled Maiden's management in my Music 3.0 guidebook in the section titled The New Masters Of The Domain because in many ways they set the tone for the music business as we know it today. Here's an excerpt.


"In 1979, Rod Smallwood and Andy Taylor discovered and then managed the legendary metal band Iron Maiden. They subsequently named their management company after the band’s song “Sanctuary” and expanded their roster to include similar bands of the genre.

Soon afterward, Sanctuary Management had a brilliant idea. As managers of “heritage acts,” which had long-term appeal and large fan bases but no record deals, the company decided to independently finance CD releases for the bands themselves. After all, the audience was built in and rabid. They’d buy anything the bands would put out, so why not release it themselves if a major label wouldn’t? The bands were going to tour anyway, so they might as well have a product to sell. Little did they know at the time, but this was the beginning of the new business model where the tour sells the recording instead of the recording selling the tour, as it did in M1.0 to 2.0.

In the past, if an act would get hot as a result of local radio play, they would then tour in that location to take advantage of the energized interest. The record sold the tour by virtue of the airplay it received. The record was selling the tour. If the record flopped, there would be no tour.

But in the new Sanctuary model, since the act had a strong enough fan base to support a tour anyway, why not have some product to back it up? With these new economics of self-financing the release, the act could now make more money than ever on fewer units sold. And since it was cheaper than ever to create a release (since by then most musicians had studios at home that were more powerful than The Beatles ever had during their heyday), the stage was set for taking advantage of both the technology and the consumer environment.

For a time, Sanctuary Records and its artists succeeded wildly, to the point that the company expanded into a full-fledged record label (and a subsidiary of Universal Music) with traditional M2.0 staff and infrastructure. Soon afterward, however, it collapsed under the weight of that traditional infrastructure. The company had ventured beyond its original concept and comfort level, and eventually paid for it. Sanctuary essentially ceased to exist as a record label at the end of 2007, although it’s assets have since been sold to BMG.

Sanctuary started the trend of an artist self-releasing a record during M2.0, way ahead of the curve and way ahead of what's commonplace today. Without knowing it at the time, the company paved the way for artists living in our current music generation, where self-production, promotion, and distribution are not only commonplace but the norm."

Some of the things that Sanctuary pioneered include:

* The tour sells the recording, not the other way around

* The CD becomes just another piece of merchandise

* The artist markets and sells directly to his fanbase

* Self-releasing can be more profitable than having a label

* The artist can make more money on fewer sales

Iron Maiden LLP was actually just one of the music companies honored by the London Stock Exchange. The others include the music app company Shazam, distributor Kobalt Music Group, and music library Audio Network.

You can read additional excerpts from Music 3.0: A Survival Guide For Making Music In The Internet Age or my other books at bobbyowsinski.com.

Enough With The Apps Already!

I hate most iPad and iPhone apps. There, I said it. In this world we live in where jumping on the bandwagon is expected in order to keep up with the competition, every company or artistic project seems to be working on an app. And it’s not a good idea.

For one thing there are too many available already. In October Apple announced that there were one million apps available in the iTunes Store and a total of 60 billion had been downloaded already. Shortly before that, Google announced that there were 900,000 available from Google Play and over 50 billion Android apps downloaded. That figure has no doubt increased to match Apple’s by now.

Besides the fact that we’re already inundated, the real problem is that most apps (except for games and utility apps) don’t work as well as the website they hope to replace. I’ve gotten to the point where I just use the browser on my tablet and phone instead of most apps that I’ve installed, which leaves the tiny programs taking up space in the background (I have to get around to deleting them soon).

Sports is a great example, with dozens of apps for every individual genre, and for the most part, every one that I’ve tried is frustrating. I keep on going back to ESPN on the browser for game updates. In fact, even ESPN’s own app isn’t as good as its website. Read more on Forbes.