Winter NAMM Wrap Up On My Latest Inner Circle Podcast 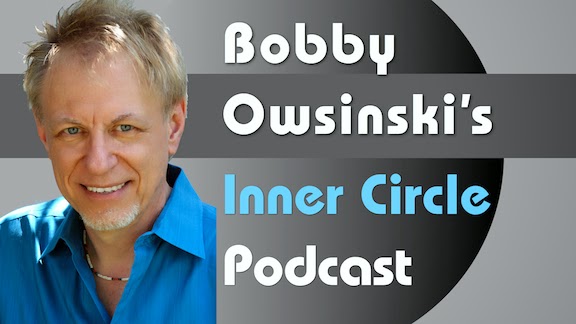 This week's podcast is a little different in that I'll give you my Winter NAMM 2015 wrap up overview.
You'll hear about the new trends from the show (like Pro Tools 12 going to the cloud) as well as a look at some of the cool new gear that I spotted, including some of the odd things that other blogs and magazines probably missed.
No guest on this one, but I'm sure you'll dig it anyway.

Posted by Bobby Owsinski at 11:00 AM No comments: 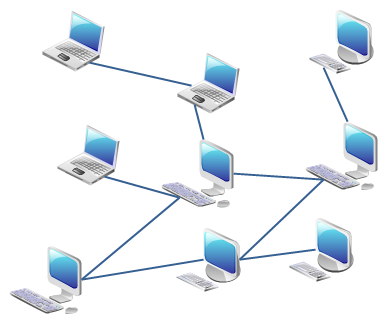 Apple has just been granted a patent that allows users to legally share music and videos with friends by using P2P technology instead of downloading from iTunes. This is curious indeed, considering the considerable resources put behind the tech industry in trying to kill P2P in the past.

Apple claims that this will save bandwidth costs by having users obtain the desired media files from other users, but they'll still receive the necessary licenses separately from Apple. That's actually the interesting part of the patent - decoupling the license from the content. Instead of getting a file from iTunes, users just purchase the license, which requires virtually no bandwidth and drops the delivery costs to almost zero.

While the company takes the stand that this will make piracy less attractive, streaming has already made piracy a non-issue, so it seems like this is a technology that's an answer without a question.

That said, the patent was filed in 2011 when it was a little more relevant than it is now, which goes to show how fast things run in the tech side of the business. Check here for the full patent.

Video is an essential tool for artists and bands today, but regardless of the platform that you post it on, you want to make sure that people can find it if they do a search. Here are some tips from my Lynda.com course called YouTube For Musicians and Bands that will help to make your video Google search friendly.

Check out my other social media and recording video courses on Lynda.com, and get unlimited access for 7 days for free by using this link.
Posted by Bobby Owsinski at 9:30 PM No comments:

Apple recently acquired a British analytics service company called Semetric, according to The Guardian, making many wonder whether improved analytics will be part of the new Beats Music when it relaunches later this year. Although an exact sales price was not revealed, it's estimated by the Financial Times to be around $50 million.

The interesting part of the deal is that Semetric owns the music analytic service called Musicmetric, which specializes in tracking sales, pirated downloads and artist social media for labels and independent clients (see a sample on the left). The company recently struck a deal with Spotify to include its dashboard on the service, although another analytics company, Next Big Sound, provides the data.

While virtually all streaming music services provide some sort of analytics, the presumption is that Musicmetric brings greater depth than what's normally available, which could be a factor in making Beats Music more attractive to some labels and artists.

Apple has also been attempting to renegotiate its current licensing deals with the major labels in order to bring the monthly subscription fee down to around $5, which could be the killer feature for consumers. This is no sure thing, however, as the labels have been very reluctant to do so.

Whatever the case, Beats Music is set to cause some disruption in the streaming music side of the business. Both Spotify and Pandora should be very concerned, as they don't have nearly the deep pockets to match an all-out effort by Apple to gain market share. 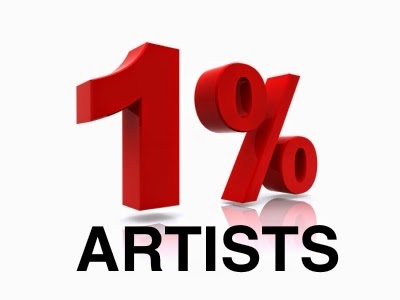 Most streaming and download music services have more than 20 million songs available, which should be more than enough for any one lifetime of music discovery. But music discovery isn't something that most people seem to be interested in, at least according to the numbers quoted in an article on The Atlantic.
The fact of the matter is that some people love to discover new music, but most people don't actively take the time to do so and would rather be spoon fed by radio or some other passive service. That means that social buzz means more than ever to a new artist. You can make new music, but the world isn't going to beat a path to your door to hear it.
Posted by Bobby Owsinski at 9:30 PM 1 comment:

When looking for new music, we're not always sure about what we like, but we always know what we don't. Most music services give you a 30 second preview of a song, but these days we want to be able to immediately move on if there's something that doesn't immediately tickle our fancy.

That's why the new Spotify Touch Preview feature is so cool. It's a change in the user interface on an iPhone or iPad (Android to come soon) that allows you to touch and hold to activate the preview of the song. Don't like it? Just touch something else. It's designed to make music discovery as quick and easy as possible, and I think it succeeds. Check out the video to see how it works.