Think you know what the best sellers are from 2012? You might be surprised. Here are the worldwide single and album Top 10 thanks to the IFPI. Of course, expect these numbers to change in 2013 as streaming becomes more widespread. Music subscribers were up 44% last year to 20 million and download sales were down 12%, and if that continues, these charts will change forever.

2012 Music Sales: No Reason To Celebrate Yet

In the last few days just about every print and online publication has had an article about the triumph of the music industry last year. It seems that sales were up for the first time since 1999, which no doubt is a good thing. But look a little closer at the stats and you have to come away with a "hmmmmm."

According to reports from both the international trade group IFPI and research company NPD Group, last year's sales jumped 0.3% to around $16.5 billion, and digital music, which increased 9%, represented 34% of that total. All well and good there.

Then you read that a lot of that was due to the fact that music piracy was down a lot last year:
On the surface, all good news. By every account, music piracy is on the decline. But think about it - all this and total music sales only rose 0.3%?

Something's not working with these numbers, but I suspect it's the same as when the RIAA and IFPI were claiming that for every one sale, somewhere between 9 and 19 were pirated, depending upon the day and what side of the bed the researcher got up on. Let's face it, numbers like these were never dependable in the first place.

Here's something else that's scary. The biggest selling album of 2012 was the same as 2011; Adele's 21, this time with 8.3 million compared with over 18 million the year before. Once again, on the surface it's great that any album in the Music 3.0 age (soon to be Music 3.5 by the way) can sell this many, but bad in that there was no new album released in 2012 with enough juice to overtake it.

I don't want to come off like a naysayer, since I'm the biggest proponent that things aren't as bad as they're sometimes made out to be, and what we're living through is only the natural evolution of things. I'm just saying to always take industry numbers with a grain of salt. 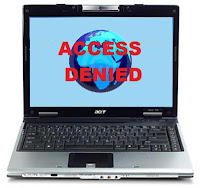 A new strategy aimed at combating Interent piracy went into effect on Monday that could have violators having their broadband speed slowed to a crawl or lost altogether. The new Copyright Altert System, which is sometimes known as the "6 Strikes System," is a partnership between the entertainment industry and Internet service providers aimed at decreasing online theft of copywrited material.

The way it works is if one of an ISP's subscribers is accused of violating a copyright, he or she will be sent a series of warnings. On the sixth violation, the ISP is free to extend punishment.

This sounds pretty good on the surface until you find that each ISP has a different idea of exactly what that punishment should be. For instance, Verizon intends to slow the Internet connection for a few days while an arbitrator determines if a violation actually occurred, while TimeWarner will temporarily suspend the connection until the violator contacts a company rep and promises not to do it again (I'm sure that will work - not).

The fact of the matter is that this is too little too late. The music industry already is acknowledging that piracy is slowing thanks to streaming, and we've not even reached it's tipping point yet. In fact, music sales were even up slightly last year. And with the slap-on-the-hand punishment that the ISP's are suggesting, the only people who are going to get caught are a few kids who aren't smart enough to find their way around it, or haven't bought into streaming yet.

It is a great PR move however, as it makes both industries look like they're actually doing something to reign in the problem while slapping a mere bandaid on it. 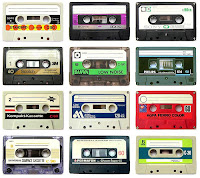 Cassettes may be an audio delivery platform from a different era, but just like vinyl, there's still a bit of life left. Believe it or not, there are still a number of indie record labels that provide limited editions of cassette releases (Baldy Longhair Records, Scotch Tapes, Cold Slice, to name just a few), but cassettes are now getting a new lease on life thanks to the New York prison system.

Now a New York marketing company that sells exclusively to prison inmates called Send A Package has made a deal with Universal Music Group to sell cassettes from artists like Jay-Z, 50 Cent, Nas and Jadakiss to the inmates of New York. While on the surface this sounds completely ludicrous, it becomes a well-thought plan when you realize that prisoners aren't allowed to have CDs. Cassettes however, are allowed, and Universal is more than pleased to supply them with their favorite hip-hop from the present and the past.

Send A Package is unique in that it allows family and friends to send gifts to prisoners that are pre-approved and not subject to search by prison security. It's also a place where inmates can buy anything from food to magazines to clothing. The company buys the cassettes from UMG at $6 each, then resells them to inmates for $13.

Believe it or not, cassettes are still widely used throughout the world as in many cases that's all that's available for music delivery. While that usually applies to what we would consider the third world, it just goes to show that there's still a little bit of the third world right at home, and that some formats refuse to die.

It had to happen sooner or later. Billboard Magazine, the unofficial bible of the music industry, has finally incorporated YouTube viewership into the metrics that makes up their chart rankings. This means that each chart not only reflects digital and physical sales (once the only metric reliable enough), but also terrestrial radio airplay and digital streaming, which you have to admit seems to be a potent combination that at least theoretically makes up most of the modern measurements that can accurately indicate the popularity of a song.

Billboard's YouTube data is limited to only official videos from the artists and labels, but Vevo clips and user-generated clips that use the "authorized audio" can also be included. Authorized audio means that the video producer has permission to use the audio in their video. If a user generated video has a commercial at its front, chances are good that it's been authorized.


The decision seems to be already having an effect on the Billboard charts. "Harlem Shake" by Baauer, which went viral on YouTube, debuted at No. 1 on the Billboard Hot 100. Massive views on YouTube also helped Rihanna's "Stay" jump from 57th place last week to third place in the latest chart.

You've got to hand it to Billboard in that they've finally recognized the influence YouTube now has in our daily musical lives. It's the number 1 music discovery portal online (number 2 overall after radio), and a huge part of our current music distribution network. Incorporating it into the charts can only bring a more accurate reading of the popularity of a song.