Getting On The iTunes Home Page

Almost every artist wants to have their song or album placed on the iTunes home page as that can make a big difference in getting a lot of buzz, exposure and sales. It's the equivalent of a CD display near the entrance of record store. The problem has always been finding a way to get there.

A recent article in Billboard interviewed various industry execs on the factors that get an act that sort of home page placement. Believe it or not, iTunes doesn't provide placement based on the artist's name, reputation or past sales. Instead, they look more at what the promotional plan is going to be, as well as the career arc of the artist.

This is actually pretty smart on iTunes part, in that they try to make sure that the artist will have an on-going relationship with the iTunes audience, and that the release will have significant additional promotion beyond the iTunes home page, which will also help the iTunes sales.

The problem is that most DIY artists don't have the wherewithal to develop the type of marketing plan that iTunes deems acceptable. That's one of the reasons that signing with a large indie or a major label can sometimes be an advantage, although an experienced management team could also make that happen. Just having music that people like is not enough.

One final item on the subject - it doesn't matter where you're placed on the home page, just that you get there. Apple has all the stats to prove that placement anywhere on the page is equally powerful.

Many artists and bands don't spend nearly enough time tending to their YouTube channel as they should, but even the ones that do may find that having only one channels isn't enough.

For example, a new study by Pixability shows that the top 100 global brands have a total of 1,378 individual channels with over 258,000 videos posted, and they attracted 9.5 billion views. 56 of those brands have 10 or more channels. The only one of the top 100 brands that didn't have a YouTube channel was financial giant Morgan Stanley (I guess their customers don't have time to spend online).

Who are the top social video marketers? Try Adidas, Apple. Samsung and Sony, all tied at number 1.

What are the conclusions of the study?
You can see the slide show for yourself (there's a lot more data there) at Slideshare. 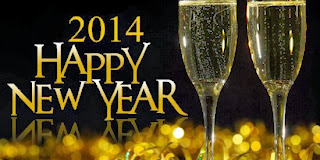 To all the readers of The Big Picture Production Blog, Music 3.0 blog, my Forbes blog, or my books and programs, I want to thank you for a great 2013 and wish you a fruitful, successful, and most importantly, a musical 2014!

Let's remember the phrase "When I lift my brother, I lift myself" so together we all have the best year ever. 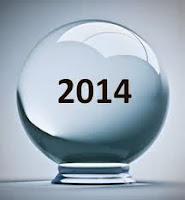 As the current year slowly grinds to a soft and mellow halt, it’s a good time to gaze into the crystal ball to see what possibilities the music business might have in store for us in 2014. Here are nine predictions for the upcoming year (in no particular order) that are anything but safe, but are still based on the events that 2013 bestowed upon us.

1. The tipping point finally comes for streaming music. Users discover the convenience of streaming as more and more convert to paid subscriptions. New streaming services cause confusion in the marketplace at first, but there are clear winners and losers by the end of the year.

2. Spotify turns a profit. The company fights off advances from new and old competition alike as it expands its global footprint and increases its active users. The service finally becomes barely profitable by year’s end.

3. Musicians earn more, complain less. As the number of streaming users grow, artists and songwriters discover that those hundredths of a cent payments are actually adding up into real money. Plus, with new streaming services coming online, money flows from more sources than before, causing more smiles than frowns.

15 Under-Appreciated Events That Affected The Music Business In 2013

We’re coming to the end of 2013, so now is a good time to look back at the music business happenings of the year to see the trends and events that affected it. The following 15 events may have been taken lightly at the time, but at least some of them will have a lasting effect on the industry.

The events are broken into three major areas: music distribution, artists and record labels, which all include tech and marketing related events to some degree. Here we go, in no particular order of importance.

Music Distribution
1. Spotify sets its mobile service partially free and expands into 55 countries, then licenses the Led Zeppelin catalog to help with the promotion. Time to get all the market share possible before the deep pocket competitors like Apple and Google hone in on the sector.

3. iTunes Radio is unveiled amid much fanfare in September, reaches 20 million users in a month, then disappears from the public consciousness. Is the service a sleeping giant or just sleepy?

4. Beats Music and YouTube Music both postponed their launches until 2014. The streaming music services competition is stiff; they have to get it right out of the gate.

5. Twitter’s #Music lies dormant after few adoptions, which proves the point - just because you have a large user base doesn’t necessarily mean that users want to get their music from you.


6. Pirating decreases as users find that streaming is more convenient and efficient. Pirates are also found to be some of the most prolific music consumers, so is the decrease good or bad?