5 Legal Requirements Every Email Newsletter Must Have

You may not know it, but there are a number of things that are legally required in every email newsletter that you send out. While most email services automatically address these, it's still important to know what they are and why they're enforced in the first place.

Here are the 5 legal requirements that every email newsletter must have, which have been excerpted from my Social Media Promotion For Musicians book

"While it may seem that it’s entirely up to you about what’s contained in your email, be aware that every mass email blast that you send now requires several things by law. These are:

1. Easy opt-out: You have to provide an easy way for subscribers to unsubscribe if they want. Once a subscriber opts out, you then have 10 days to stop sending them messages (although most expect it to happen immediately), and the unsubscribe option needs to be available for at least 30 days after the e-mail is sent. Most ESPs will automatically remove the address to a “do not send” list if the subscriber chooses to unsubscribe.


2. Identify your topic: The subject line of your e-mails has to clearly and accurately identify the content of the e-mail. Any misleading or bogus subject lines are construed as spam.


3. Return address: You have to include a legitimate return email address, as well as a valid postal address. Some ESPs even make you include a phone number. If you don’t want people to know your home info (I don’t want to broadcast it myself), open up a PO box, and get a Google Voice number if a phone number is required.

4. No email address harvesting: You can’t collect addresses from chat rooms, discussion forums, or blog comments. Once again, people must opt-in and give you permission to send something to them.

5. You can’t offer a reward for forwarding: You can invite subscribers to “forward this newsletter to a friend,” but you can’t entice them to do so with offers of money, coupons, discounts, awards, or additional entries in a giveaway.


Remember that spam is a serious business. It’s not only bad form, but you could be held legally liable as well."

You can read more from Social Media Promotion For Musicians and my other books on the excerpt section of bobbyowsinski.com.

A Radio Format That Cuts Songs In Half

Here's a trend that's either great or horrible, depending upon how you look at it. A few years ago a new radio format appeared with the main purpose of fitting more songs per hour onto the playlist.

How's that done? By editing the songs so they're about 1/2 to 2/3rds their normal release length.

The format is called Quickhitz and its slogan is "twice the music in half the time." It promises to play 24 song per hour as a result.

The format hasn't exactly caught on, and where it's been implemented there's been substantial backlash, although mostly from artists on the playlist and not the public.

If you're an artist you can look at this format two ways - If there are more slots on the playlist, there's more chance for new music to find a place, or, "You're messing with my art by editing it."

As for the latter, that might not be a great argument since radio has had specially edited songs for 50 years to fit in the format.

So while you may not hear Quickhitz on one of your local radio tomorrow, the next time you do hear a station that seems to be playing more songs than normal, you know what you're listening to.

Any purchases made through our Amazon links help support this blog at no cost to you (just click here).
Posted by Bobby Owsinski at 6:00 AM 4 comments:

China has always been a tantalizing music market for Western artists, songwriters, labels and publishers alike. On one hand you look at the huge population, some of which craves Western music. On the other you look at the fact that there's probably nowhere else where piracy is so rampant and overlooked.

That may all change soon as the Chinese government has finally taken steps to crack down on piracy and encourage licensed content.

That's because some of China's largest companies like Alibaba, Tencent and Baidu are all now in the music streaming business, and of course, want to make money at it.

There are more than 100 pirate music sites currently in China, but if the larger companies increase the number of legitimately licensed tracks that are offered via a free tier, many of pirates would most likely not be able to compete.

The long term game here is that only the largest companies with licensed content will be able to offer free music along with other services (Tencent offers mobile phone service, for instance).

We're not sure exactly what the appetite for Western music beyond the major hits is in China yet, but it looks like soon we're going to be able to measure it via real licensed content. 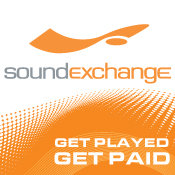 When non-profit SoundExchange first started in 2000 its royalty payouts were so small that they were only rounding errors on most copyright owner and artists income statements. Today that's all changed as the service recently announced that it sent out $1 billion in royalty payments last year alone.

This is quite an achievement since it took SoundExchange 10 years to reach the first billion in payouts but two years for the second. In fact, last year the royalties paid by the organization accounted for about 16% of the American music industry's total income.

So where does the money come from? SoundExchange collects money only from digital radio, with the bulk of it coming from SiriusXM and Pandora. As a result, the organization has now become one of the major PROs along with ASCAP, BMI, and SESAC.

After deducting about 4.6% to cover its operating expenses, the organization sends 50% to the copyright holder (usually the record label), 45% to the featured artist and performers, and 5% to a special fund for session musicians and backup singers.

What's significant here is that artists actually get paid for radio airplay, unlike terrestrial radio where only the publisher and songwriter get paid.

If you're an indie musician and you're getting airplay on digital radio, there may be some money waiting for you in escrow. Sign up at SoundExchange today.

I met Shan Dan Horan a few years ago on a conference panel that we were both on and I was immediately impressed how much he felt the pulse of the current music scene.

At that point he was head of new media (meaning all the online activities) for the Century Media label, and today Shan Dan's the VP of operations for the big indie label Artery Recordings.

On the podcast we talk all about artist promotion online, the trends he sees as well as the mistakes that artists make and some of the things they can do to really raise their profiles.

On the intro I discuss how Amazon Prime Music is becoming a big streaming source while staying under the radar, and the demise of New York City's famous Music Row.


Remember that you can find the podcast at BobbyOInnerCircle.com, or either on iTunes or Stitcher.
Any purchases made through our Amazon links help support this blog at no cost to you (just click here).
Posted by Bobby Owsinski at 11:00 AM No comments:

Apple Music Up To 11 Million Users 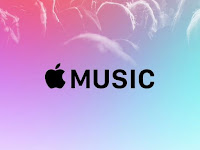 The initial figures are in and after about a month, the number of Apple Music subscribers is up to 11 million, according to Apple.

While this may seem like a prodigious start to the service, that figure may be moot since all users are still within the 90 day trial period. The number that actually sign up for service after the trial ends will determine its success.

That said, industry insiders predict that the service will end up with around 20 million paying customers by the end of the year by virtue of the fact that iTunes already has 850 million accounts, complete with credit cards, and many of these are fans that automatically sign on to the latest offerings from the company.

Another reason is that Apple makes the service difficult to miss, as it's registration is front and center upon an operating system update if you've not already subscribed.

Apple Music's $15 a month Family Plan may be its greatest feature however, and while no official figures have been given, it's been reported that around 2 million have already signed up. The Family Plan provides separate accounts for up to 6 family members under the same $15 per month fee.

All that being said, Spotify continues to roll along with 75 million users, 20 million of which subscribe to the $9.95 per month premium tier.

Can Apple Music get people to change from Spotify or any of the other services? Industry pundits say that's difficult, as once a user has made a choice of services they're not likely to try another. Apple Music offers features the like Beats 1 global radio station that other services don't have though, so the logic of the past doesn't necessarily apply going forward.