What Leads To An iTunes Purchase?

Our music world is changing significantly in that it's rapidly becoming built around streaming rather than sales. iTunes sales of music downloads have decreased in each of the last 3 quarters, but that doesn't mean that people have stopped buying completely. Individual track sales are still at a billion plus per year, so significant sales activity will continue for some time even as streaming takes over our musical lives.

Since sales will be around for a bit, a good question to ask is, "What happens before someone purchases a song?" Viacom Research (the people that own MTV, VH1 and CMT) did a study that asked just that from 1200 18 to 30 year olds. Here's what they found:
This shows how influential YouTube is in the current sale of music, which is a great reason to be sure that you have a video available the day your songs are available on iTunes. It doesn't matter if the video is a plain vanilla lyric video, or even just a static picture with the music playing behind it. It's now an integral sales tool!

So much of an artist's promotion and visibility is built around social media these days that it's easy to believe that it's almost more important than the music itself. Sometimes it's possible to be a social celebrity without making any meaningful penetration with your music however, as this excerpt from the New Masters chapter of my Music 4.0: A Survival Guide for Making Music in the Internet Age guidebook illustrates.


"If you’re in the music business there’s a good chance that you’ve heard of Amanda Palmer, although there’s an even better chance that you’ve not heard her music. Palmer represents a conundrum in social media where she’s become a huge presence in the music industry thanks to her extremely effective social media and crowdfunding campaigns, yet that hasn’t helped to spread her music much beyond a small, yet avid following.

Palmer rose to a low-level of prominence as half of the duo Dresden Dolls before going solo in 2008. Her cult following grew from there thanks to her extremely hands-on relationship with her fans. In an interview with Techdirt in 2012, she gave her secret:

"I've been tending this bamboo forest of fans for years and years, ever since leaving Roadrunner Records in 2009. Every person I talk to at a signing, every exchange I have online (sometimes dozens a day), every random music video or art gallery link sent to me by a fan that I curiously follow, every strange bed I've crashed on...all of that real human connecting has led to this moment, where I came back around, asking for direct help with a record. Asking EVERYBODY...And they help because...they KNOW me."

Palmer’s notoriety again grew thanks to reports of big merch sales through Twitter campaigns (like $19,000 worth of T-shirts in less than a day), to where it reached a peak with a massively successful Kickstarter campaign in which she raised $1.2 million (the goal was $100,000) from nearly 25 thousand fans in 31 days for the marketing of an album/art book/gallery tour. This was followed shortly thereafter by a riveting TED talk where she described her fan-first business model.

Considering the exposure that Palmer has garnered from the mainstream media thanks to these events, her music still hasn’t gained much traction and she remains very much a niche artist, though one with a fanatical following. Only three of her videos have barely cracked 1 million views, she has less than a million Twitter followers, and just over 200,000 Facebook Likes.

While these are really great numbers for an indie artist, Palmer hasn’t managed to transcend that narrow category despite generally positive and vast exposure and a supercharged fanbase. Amanda Palmer proves that no matter what your social media connections are, star and superstar success still depends on your music. In order to gain a mass audience, it must connect with the masses.

There’s More To Music Than Social Media Summary
To read more excerpts from Music 4.0 and my other books, go to the excerpts page at bobbyowsinski.com.

The 25 Most Popular Clubs In America 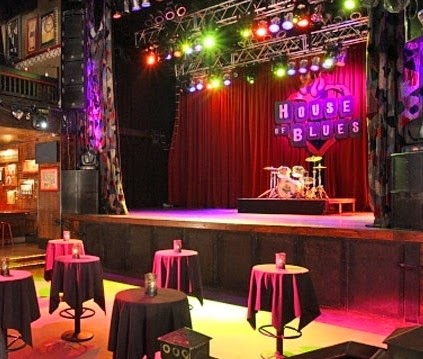 There are fewer clubs than ever in the US, but there are some that continue to thrive. Here are the 25 most popular club venues over the last year, according to Billboard Boxscore. Not surprisingly, most House of Blues clubs seem to always be in the mix.

Email ThisBlogThis!Share to TwitterShare to FacebookShare to Pinterest
Labels: 25 most popular clubs in America, Billboard Boxscore chart, House of Blues

The 5 Most Expensive Music Videos Of All Time 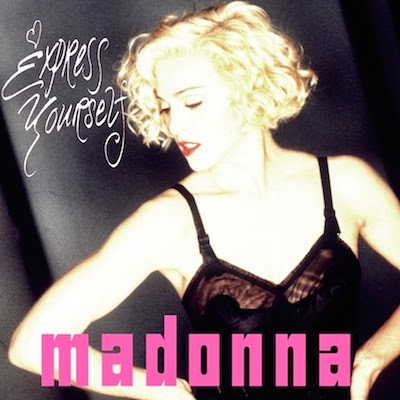 Once upon a time music video budgets were almost like TV movie budgets in that directors took advantage of the record label's largess and went for the best of everything available. Today that's all changed as music video budgets have decreased quite a but due to the ever falling fortunes of the music business, but also because the basic costs of gear has fallen so low as well.

That said, there are 5 music videos that totally stand out from the crowd as the most expensive ever created. Surprisingly, all 5 are divided between only two artists - Michael Jackson and Madonna. Here they are in decreasing order in today's dollars adjusted for inflation.

5. "Black or White" - Michael Jackson - $6.9 million. 11 minutes long and premiered on all the music channels at the same time all over the world with an estimated audience of 500 million!

1. "Scream" - Michael Jackson and Janet Jackson - $10.7 million. It won a Grammy and 64 million people watched when it debuted on ABC's Primetime Live show.

They don't make them like that anymore, and we should all be thankful.

Every platform needs a "killer app" and while Instagram has always been about pictures, it's new Hyperlapse feature might be just the thing to push its use in video over the top. While time-lapse video has always been pretty cool, it's been a major production pain, requiring hours of shooting time. Hyperlapse allows the user to instantly get that same look without any pain other than holding your smartphone still for a while.

Hyperlapse is different from most platform apps in that it doesn't require an account since its a dedicated app that sits on your smartphone. You just tap to begin recording and it automatically defaults to 6x speed, although you can change it to something slower or faster if needed.

You can shoot the video for as long as you like (providing you have the arm strength to hold the camera still that long), but like all video shared on Instagram it's limited to 15 seconds and presented in its signature square format.

Music video directors should love it though, and here's a video called "Overblown" by Doctor Popular as a sample. If you have an iPhone, you can get Hyperlapse from the App Store here.