A few weeks back I posted an article entitled "The Music Industry Crisis 30 Years Ago" that showed a clip from a 20/20 television news show back in 1980 about the music business. Only the first half of it was available as the second half was reportedly taken down by Universal Music.

Reader Brad Wilson took the initiative to reach out to the person that originally posted the piece (thanks, Brad!), who then posted the entire 20/20 show clip one more time.

Here it is in it's entirety. It's a hoot to look at the fashion, editing, production and opinions from that period, but it's also a little bone-chilling how close some things are to our current slice of the music industry as well.

There are basically two kinds of fans - those that are "committed" in that they have a high level of interest in you, and those that are "passive." These are fans that kind of like you, but don't feel a need to stay connected, since they don't "love" you yet. The easiest way to grow your audience is to convert those passive fans to ones that are committed.

How do you do that? Passive fans already like what you're doing, so a great new song can easily push them over the edge, providing that they hear it. When a band who's been around for a while finally breaks out big, this is usually what happens.

Sometimes they just need a gentle push over the edge though, and a way to turn them around is by simple communication. CD Baby's DIY Musician blog had a pretty good piece about that recently that recommends that you directly ask the fans what they want from you. There may be something simple that you can do that you never thought of that will help you connect. Ask them.

Here are some questions (from the article) you should be asking, as the feedback can most directly correlate to stronger fans, stronger sales and less wasted efforts.

- Where do you live?
- What do you enjoy more: studio recordings or live performances?
- How important is it that you obtain copies of live performances?
- If we offered high-quality recordings of our shows, would you purchase them?
- Are you willing to purchase an album from us?
- Have you joined our mailing list?
- Would you prefer personal updates or free music from our bi-weekly newsletter?
- If we offered t-shirts, hoodies, hats and posters, which would you purchase?
- Would you be interested in seeing behind the scenes footage of our tour or recording sessions? If so, which would be more interest you?

Interaction alone may not convert some fans (it's still that one song that will knock their socks off), but it's a start. Read the entire article here.

Even for the 800 pound music distribution gorilla in the room that is iTunes, sorting out agreements with record labels is not easy. It seems that Apple's recent October 20th press event was really to announce that Apple had negotiated 90 second previews for all the songs in the iTunes library. The only trouble was, they only did half the negotiating.

While Apple successfully negotiated with the major labels for 90 second preview clips, they forgot that publishers actually have a say in things as well, which meant that the announcement had to dropped at the last minute until that could be sorted out. Since Apple always has multiple products per press event, they were able to change the focus of the event at the last minute so that no one was the wiser.

But the music world is more than the major labels, and Apple didn't do any negotiating with the various indie labels either, instead preferring to simply "inform" them of the change. Unfortunately, the world of digital music isn't that easy, and the indies now have to go back to their artists and third-party publishers to amend their agreements from 30 to 90 second previews, a process that could take a lot longer than anyone would have initially thought.

I think that 90 second previews are great, since the best part of a song is sometimes not contained within the 30 seconds available previously. That being said, this seemingly simple change is a great example of the complexity of the modern music business. Nothing is ever as simple as it seems.

If you just attended my AES session on Social Media For Musicians And Engineers or read my Music 3.0

Internet Music Guidebook, you know that I'm big on social marketing via Facebook and Twitter. While you might be writing the best, engaging posts, they do you no good if there's no one reading, so the question then becomes, "When is the best time of day to post to Facebook?"

Now comes a study from the social media company Vitrue that looked closely at the viewing habits of Facebook channels of selected companies and brands. The study was conducted over a period of 3 months and looked at more than 1500 brand streams, 1.64 million posts, and 7.56 million comments. Shares and "likes" were not included in the study. Here's some of what they found.

Remember that these are the findings of a three month period and by no means definitive, but it's a good place to start when setting up your Facebook posts.

Soon EMI Will Be No More 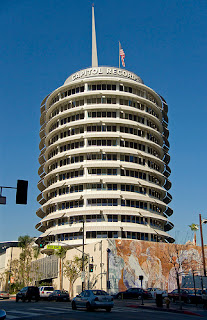 We're seeing the last days of the venerable record label giant EMI pass right before our very eyes. Very soon, the music industry will be left with 3 major record labels (Sony, Universal and Warners) as EMI winds down in a slow, painful death by sell-off.

A short recap on how EMI got to this point. The label was purchased by the hedge fund Terra Firma a few years ago thanks to a big loan from CitiBank. The problem was that Terra Firma bought them at the very worst time, just at the time when the price was highest before the recession hit, and paid way perhaps twice as much as the company was worth.

Before you know it, Terra Firma couldn't make the payments, so they resorted to good old fashioned lawyering to try to get them off the hook. They sued Citi for supposedly "tricking them into borrowing more than they needed" to pay for the company. This is like asking to borrow a $1000 to buy a guitar but the bank telling you "I think it's worth more than that, so here's $4000 instead." The banks have been loose with their money in the past, but in a huge deal like Terra Firma/EMI, they do a thing called "due diligence," which means that they check things out in detail before they lend the dough.

Last week, Terra Firma lost their lawsuit, which means that EMI and all their assets will soon become the property of CitiBank. Citi doesn't want to own a record label and publishing company (thankfully) and wants the dough instead, so that means that it will probably soon break up EMI and sell the parts.

EMI owns some of the worlds most valuable copyrights (The Beatles, Pink Floyd, and Bob Seger to name a few) and it will be interesting to see if those rights will revert back to the artists or be available to be sold, so expect some additional court battles. In the meantime, look for the assets like the historical Abbey Road and the Capitol Tower to be sold as well (who knows what will happen to them), as a great piece of history dies with EMI.

Of all the labels to go, I think that EMI is the one that hurts the most. It's legacy as one of the industry giants and a home of music legends stands tall, but like Columbia Records before it, will soon be forgotten.

Thanks to everyone who made my two sessions (Social Media For Musicians And Engineers) and book signings at AES in San Francisco over the weekend a success!