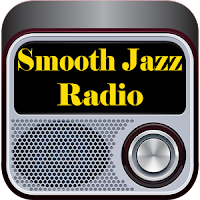 For a while there in 1990s and early 2000s "smooth jazz" was front and center in radio stations in every major city across the country. Many former rock stations switch to the smooth jazz format in an effort to boost ratings, and for a while it worked.

That trend has drastically changed however, and we might have seen the last of the format for a while, at least on radio.

Stations that featured smooth jazz have seen their ratings plummet recently, causing most to bolt to another format to attract more advertisers.

But why? One theory is that smooth jazz stations struggled to attract younger listeners, which is the most desirable demographic for advertisers. Still, there seemed to be plenty of listeners in the almost-as-desirable 25-54 age demo.

Which means that the demise of the radio format may in fact be due to bad data supplied by Nielsen, who's the dominant ratings provider for both radio and television. The idea is that people were still listening, but they weren't being counted due to being in the wrong demographic.

I'm not a proponent or listener of the smooth jazz format, but the lesson here is that if it happens to one format, it can happen to others as well. Having listeners doesn't equal having the right kind of listeners for many advertisers, and by extension the station groups that own the radio stations. No wonder radio content is worst than ever. Thank you very much Madison Avenue.

How Much Is A Music Stream Actually Worth?

There's a lot of confusion in the marketplace about how much a music stream is worth. To say that it's a complicated issue is an understatement.
As you can see, it's impossible to say exactly what each stream is really worth, and the best we can do is get an average. Billboard has done just that with a great infographic that gives you an approximate worth of a stream coming from Spotify and Pandora.

Is Sony's Stake In Spotify Legal?

One of the things that most people don't know about Spotify is that it's partially owned by the three major labels. That was a required part of the licensing deal that Spotify had to acquiesce to  in order for the streaming music service to launch in the United States.

The major labels are obviously hoping for a windfall profit should Spotify ever be purchased by a larger entity (its valuation is north of $10 billion), and the worst part is that most of it would go to the company's bottom lines instead of to the artists that helped make it happen.

But one of the major labels, Sony Music, might be up against a legal foe that could change everything in its equity position with Spotify.

19 Recordings, the record label tied to the American Idol television show), has filed suit against Sony demanding fair-market royalty rates from the label regarding its position with Spotify.

Basically Sony received a block of advertising on Spotify's free tier that it could sell on the side, with the label pocketing the money. 19 Recordings, who's artists include Kelly Clarkson and Carrie Underwood, claims it wasn't receiving its rightful cut of that money.

While this might shock some in the business (especially artists), it's just some of the same shenanigans that record labels have been playing almost forever. Whether it's morally right or wrong, labels do their best to make the most money possible and will do whatever it takes to feed the bottom line. The artists are usually left with less than they deserve, but have little power to change things (unless of course you're name is Taylor Swift).

Should 19 Recordings win this lawsuit, however, it will start a chain reaction that could end up forcing the major labels out of the streaming business, and maybe even pay at least a slightly higher royalty to its artists for digital distribution. At least, that's the dream.

Big Changes In Music Sales This Year So Far

Nielsen's mid-year music sales report is out and a lot has changed in a mere 6 months. Here are some of the highlights.
What do these numbers prove? Music is still not only alive and well, but demand and consumption is growing. What we don't see in the Nielsen report is the revenue numbers, and that's where the actual tale is told. We have to wait for the end of the year for that.

A Look At Music Tech Salaries

Once it leaves the creative stage, music is more and more dependent upon the tech community than ever before. Today's distribution, communication, interaction, marketing and promotion all depend on tech.

That's why it's a good idea to have an idea of what it costs in terms of salary for tech execs. Many musicians, artists and bands want to build their own app or music service but have no idea of the costs involved. Of course, labor is just one of the pieces of the puzzle and it can be a big one.

Of special interest is the lowest rung on the ladder, which is community or social media manager, with an average salary of $40k to $70k. This is a job that every artist needs these days, and this figure can help place a value on that job. Thanks to Billboard for the infographic.