By now everyone has either heard or heard about the runaway viral YouTube hit "Friday" by 13 year old Rebecca Black. You can argue all you want about the merits of the song, but one thing's for sure, with more than 60 million views so far, someone out there loves it. So what's confusing is that the 60 million views have turned into just 12 radio plays so far. Yes, you read that right - just 12 radio plays.

But listen to what one radio programmer told Digital Music News:
"It's not going to get played unless a major label promotion department brings all of its resources to get it played, otherwise things just don't get added. Nothing's getting incented or enticed - it's the reason why there aren't that many independent songs on the radio right now. It's also the reason why records like 'Friday' and 'Bedroom Intruder' don't get radio play."

Excuse me, but doesn't that sound like the programmer is admitting to payola? They won't play a song unless it's incented or enticed? There are strong laws against payola (where a label pays a station or programming for them to play a song) and the music and radio business has seen at least two major payola scandals that nearly brought them to their knees.

Forget about the payola for a second. Just how out of touch is radio if they have this huge consumer demand yet they ignore it? If there was ever an example that radio and the major labels are about nothing but money, this is it.

If you're using social media for promotion, then the timing of when you do it is critical. Do it when most people are busy and not paying attention and you'll never get your message in front of them.

In a post a while back, I showed where the ideal times for Facebook posts were at 11AM, 3PM and 8PM Eastern time. Now a new study shows that later in the day is the best time to tweet as well.

According to Dan Zarrella, a researcher at Hubspot, who looked at millions of tweets and showed their results in a webinar entitled "The Science of Timing," the later you tweet in the day, the better. The reason is that from 2PM to 5PM your followers are more likely to see your tweet because there are fewer things demanding their attention. In fact, 4PM was deemed to be the best time of the day.

Zarrella also found that the weekends are great for tweet attention as people are more relaxed and aren't conflicted by work. The other thing that was interesting was that he also found that tweeting the same link multiple times a day is an effective strategy, and unlike excessive emails, people don't seem to mind. I know this for a fact because I've been tweeting my blog post links twice a day for a while now and can see the positive results.

Finally, Zarrella has also put together a nice page called TweetWhen that will analyze your last 100 tweets and tell you when the best times for you to tweet are. Mine's at 7PM on a Friday night so you can expect it then.

Amazon Is First To The Digital Music Locker - So What?

Today Amazon announced a digital music locker service that enables users to upload and stream their music on multiple devices (PCs, Macs, and Android phones and tablets, and anything on the Android operating system, which eliminates iPhones nor iPads for now). The service is called the "Amazon Cloud Player" and all US Amazon customers start with 5GB free, which they then can then upgrade for $20 a year to 20GB. The twist is that just by buying an MP3 album at Amazon, you will automatically get the extra 20GB for free (which sounds like a great deal).

And the rest of the world breathes a hearty sigh and says, "So What?" This might've been a bigger deal had the announcement come from Apple or even Google, but Amazon, while a leader in books, is a distant second to iTunes in the digital music space with only 15% of the market compared to 70% by iTunes.

The price may be right but you'd be hard-pressed to find a music consumer who couldn't wait for this product. In fact, I'd venture to say that most don't or can't see the advantages to a cloud service for their music. Plus, Amazon pushed full speed ahead with the launch without getting the consent from the labels first, which may be problematic as time goes on.

The idea here is that instead of storing all you music on one desktop, laptop, phone or tablet, you probably want the music on all of those devices. The big pain is having to copy and transfer everything over, and in many cases you just won't have the storage space to do so anyway. A cloud music locker like Amazon's means that you store all of your music on their online servers ("The Cloud") which you can then access from any of your devices, saving you the time of transfer and the storage space.

The downside is that the major labels want to get paid a second time for this privilege, saying that the music that you already bought once doesn't give you the right to stream to any device that you want. Now you can debate that a number of ways, but both Apple and Google (who are rumored to have their own digital music lockers set to debut sometime later in the year) are in discussions with the labels to come to some sort of agreement on this issue. Only time will tell how that will play out.

I guess there's some advantage to being a "first mover" rather than following the crowd when the other companies launch their services, but the fact they haven't done their homework with the labels can end up costing them their advantage. Let's see what the next week, and the label's response, brings.

In the meantime, I'd love to hear your comments on your Amazon Cloud Player experiences. 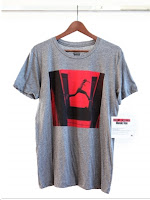 It’s easier to sell your music if you add extra value to it, so it helps to think outside the box when it comes to distributing your music. Thanks to Bruce Houghton of the great music blog Hypebot for numbers 7 through 10.

1) Develop a package - This could mean anything from a CD and a vinyl album, to a digital download and album with all alternative mixes, to a boxed set of CD’s or anything in-between (Trent Reznor’s Ghosts I-IV is a great example). The idea is to go beyond just the typical CD and digital offerings.

2) Sequential numbering - Numbering a physical product (for example; "#5 of 1000") gives it the feeling of exclusivity. The product becomes a special edition and a must-have for the true fan.

3) Tie it to merchandise - Offer a physical product that contains the code for a free download of your album. Mos Def was so successful with the T-shirt release of The Ecstatic that Billboard magazine even began counting it as a music release on their charts. Other artists have sold their music via codes on such items as golf balls, bandanas and even canned food!

4) Release a “double-sided” digital single - Rhino Record's digital releases celebrating 60 years of the 45 RPM single set a fine example for this format. For between $1.49 and $1.99, Rhino provided the original hit song, its B side (the flip side of the vinyl record) and the original artwork. You can do the same by providing two songs for price of one - an A and a B side.

5) Release on an old alternative format - We’ve seen some artists (The Decemberists Hazards of Love come to mind) release a vinyl-only physical product to great success. Cheap Trick did it on the old 8-track format from the 60’s, and some bands have even recently released on cassette tape. Releasing on a older format can be good as a publicity tool (as long as everyone else isn’t doing it) and who knows, maybe you can start a trend?

6) Release on a new alternative format - A new alternative format that’s getting some traction is flash memory, or the common USB memory stick. Once again, Trent Reznor met with great viral success by planting unmarked memory sticks in bathrooms at Nine Inch Nail’s concerts, and Sony even released the 25th anniversary of Michael Jackson’s Thriller on the format. Everybody uses these things so you’re bound to get at least a look, which you can’t always say about other formats.

7) Three Sides - Offer a song in an early studio version, the final mix, and then captured live.

8) Radical Mixes - Offer two or three very different mixes of the same song, perhaps even done by the fans.

9) Two Sides of (Your City) - Two different bands each contribute a track to a series chronicling your local scene.

10) “Artist X” Introduces _____ - Add a track by your favorite new artist/band along with one of yours. This is similar to a gig trade-out with another band that many bands use as a way to play in new venues. The idea is that the band you feature will also feature you on their release as well.

Yes, you read the headline correctly. When asked to estimate the damages they incurred in their suit against file-sharing service Limewire, the major record labels claimed they lost $400 billion (with a "B") on the low end, to $75 trillion (with a "T") on the high end. This is what they estimate they've lost to piracy in the 10 years of its existence.

OK, let's look at how incredibly grossly inflated those figures are. First of all, $75 trillion is more than the GDP of the entire world, which was only $59.62 trillion when last calculated in 2008 (you can bet it hasn't gone up since then).

Now let's look at the low end of $400 billion. In 2010 the world-wide revenue from recorded music was $35.1 billion, and the US portion of that was $12.6 billion, according to eMarketer:Global Music. And how does that add up to $400 billion? Even over 10 years at a generous 20% loss, it still only adds up to $25 billion. And recent figures by the NPD group found that only 16% of Limewire users downloaded music at it's peak, and the figure in later years was closer to 9%. Regardless which figure you go with, the numbers thrown out by the labels are completely absurd.

Luckily, the judge saw through the farce and called it like it is - ridiculous.

This is the problem with the music business today. It's all about the money. If record labels and the conglomerates that own them would concentrate more on the music than the accumulation of green, we'd have a much healthier business with more quality music and lots more fans that want to buy it. Fat chance of that happening.