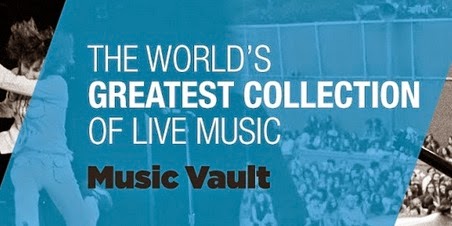 Many artists and companies are reluctant to release their video products on YouTube, thinking that they won't make enough money to make it worthwhile. That can't be said for Music Vault though, as the company has just released 13,000 videos of concert footage feature some of the biggest names in concert history.

The company has spent the last two years prepping the files from some classic shows and venues, which include Bill Graham Presents, The King Biscuit Flower Hour, Woodstock and Newport Jazz and Folk Festivals, as well as indie websites like Daytrotter and Paste Magazine. Included are 2,000 hours of some of the music greats, including Bob Dylan, The Who, James Brown, The Allman Brothers (including the legendary Live At The Fillmore East) and Bruce Springsteen, but also includes contemporary artists like St. Vincent and Fleet Foxes.

Music Vault, owned and managed by Wolfgang's Vault, has also created several playlists that include "Best of the Vault," "Face Melting Solos," and "Legends of the Fillmore East." There's also a number of channels dedicated to artists like The Grateful Dead, Neil Young, Santana, Jazz and Blues.

Music Vault is a great example of how a music company can incorporate a YouTube multi-channel network into their business plan. It's definitely worth checking out, but I warn you, get ready to go down a rabbit hole for at least a couple of hours. It's very addicting.

The Pros And Cons Of Giving Your Music Away

Artists and bands want to be paid for their art, and rightfully so, but to rely solely on music sales in our Music 4.0 world can be shortsighted. Here's a video from my Lynda.com course called Selling Music: MP3s, CDs And Streams that outlines the two categories of products that an artist has sell, and why not worrying if your fans pay for your music or not can sometimes be the way to greater revenue.


If you'd like to check out the Selling Music: MP3s, CDs And Streams in its entirety or any of my other Lynda.com video courses, here's a free 7 day pass with unlimited access to the entire Lynda catalog.

Will The Album Go The Way Of The VHS Tape? 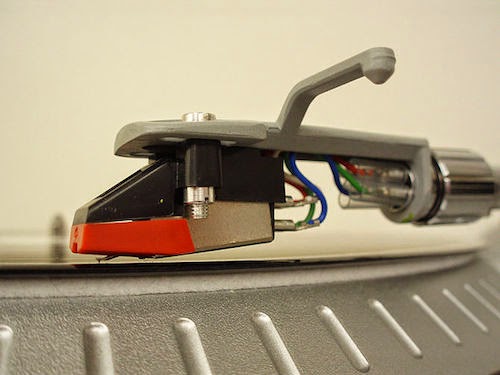 Another Soundscan report is in and once again, album sales in the United States have slipped, this time from 235 million to 227 million compared to the same period last year. This is actually nothing new, since the format has been in a major decline since 2000, when sales were at an all-time high of 785 million.

Just to be clear, 227 million of anything is still a lot of units, and it should be noted that these are only the sales that can be counted. With so much of an artist’s income coming through DIY methods these days, there are millions of CD and vinyl sales made on artist websites and at gigs that go unreported.

That said, its clear that the trend in music is away from the album format, even when its digital, as streaming becomes the norm for music consumption everywhere. It wasn’t always that way, though, as there was a lot of reasons why the big 10 inch caught on in the first place.

A Case For Albums
One of the things that albums in vinyl record form required of the listener was an increased attention span longer than what was needed for a single, at least for the length of one side of the record, or about 20 to 25 minutes. This time limit was imposed by the limitations of the vinyl itself, as a longer running time would result in increased noise and a lower output because of the shallower grooves that were required in order to fit them into the same vinyl area.


The one thing this did do, however, was divide the album into an easily consumable block of time; one that was long enough to get a sense of what the artist was trying to say. It was also a way of discovering songs that appealed to the public ear on a level that might not have been anticipated by either the artist or the record label. So many of the classic hits we’ve come to know and love through the years fall into this category, like Marvin Gaye’s version of “Heard It Through The Grapevine,” Stevie Wonder’s “Isn’t She Lovely,” and Eric Clapton’s (actually Derek and the Dominos) “Layla,” just to name a few. Plus, the artist was able to make a statement with the album as a whole, as evidenced by the big hits of day like The Beatles' Sgt. Pepper, Nine Inch Nails’ The Downward Spiral, and Greenday’s American Idiot. Read more on Forbes.
----------------------------------
Help support this blog. Any purchases made through our Amazon links help support this website with no cost to you.

Social concert and ticketing app Songkick recently announced that it passed the 10 million user per month mark who have purchased $100 million in tickets via the app since 2007. The service is growing rapidly and expects to sell another $100 this year alone.

Songkick has diversified its partnerships to YouTube, Google, BBC, Spotify, Vevo and other music related sites, which may account for its recent growth. The London-based company also reports that 60% of its traffic comes from mobile devices, and half of its users are in the United States.

This is an increasingly competitive section of the business, especially with band-oriented sites like ReverbNation, BadsInTown and Bandpage offering show listings, but the company not only offers personalized concert tracking, but retail and aftermarket sales, which makes it different from most other services.

The site lists more than 100,000 upcoming shows and over 1 million artists. The app is available for both iOS and Android, and provides a Facebook app as well.

How Much Does Your Favorite Artist Cost?

Let's say that you're wealthy and about to throw a big birthday shindig and want want to hire your favorite artist or band. If money was no object, how much would it cost?

An interesting article on priceonomics.com lays out the retail prices of artists in most genres and price categories. The lists are really long, so go to the site to find your favorite artist, but here's a sampling.

There are hundreds more listed that you can check out on priceonomics.com. Remember that these are retail prices, with the actual booking price sometimes much less than what's indicated, depending upon the situation.