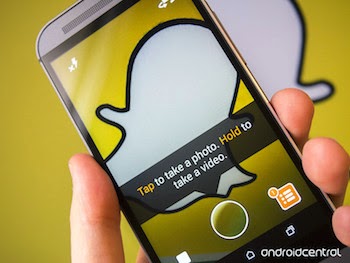 Snapchat has 100 million monthly active users and most of them (71%) are under 25 years old, with 77% of college students using the service daily. There are over 400 million snaps sent every day, but very few know how to use them for promotion, since only about 1% of marketers even attempt to do so.

Recently Snapchat has added a number of features that can help expose you to a brand new audience. Here are 5 secrets to Snapchat success from social media pro Gary Vaynerchuk.

1. Make emojis huge. After you've taken your snap, type in an emoji, then tap the big T button in the top corner. You can drag it anywhere on the screen.

2. Find the hidden colors. Snapchat limits the number of colors in a snap but you can bring out one that's hidden just by dragging your finger to the left and bottom of the screen to open up a rainbow palette.

3. Use the geofilters. Swipe to the right while filtering to see the location appear.

4. Replay your snaps. Thought they disappeared right away, didn't you? You can replay the last snap you viewed once during the day, but it has to be the last one. Enable reply in your settings first.

5. Cross-promote. Save your photo after you take a snap so that you can post it to your other social accounts as well.

If your audience is on Snapchat, that's where you should be too, and these 5 tips will help you reach them faster.

Not to be outdone by Dr. Dre, who made a windfall when Apple purchased Beats last year, rapper and business mogul Jay-Z has bid for the Swedish streaming company Aspiro. The company owns two streaming services offering audio and video called WiMP and TIDAL.

TIDAL has been mentioned on this blog a few times already, since it's a premium service that offers CD quality streams. The service was only launched in the US late last year, and has about 500,000 subscribers at $19.95 per month.

The surprising part of the deal is that Jay-Z's subsidiary company Project Panther Bidco bid only $56.2 million for Aspiro, which seems like a steal compared to what similar services are priced at.

Aspiro's board of directors has approved the deal, and the only thing holding it up now is approval from the shareholders.

I think this is a brilliant step by Jay-Z. It's only a matter of time until all streaming services have at least one hi-res tier, and TIDAL is really leading the pack at this at the moment. Not only that, the price is very reasonable considering the infrastructure and subscribers included. Aspiro looks to be cash-strapped, so it gives the founders an exit strategy while breathing new life into the service.

I don't know if TIDAL will survive when Google's Music Key and Apple's rejuvenated Beats Music launch, but right now it's one of the few streaming services with something unique to offer.
Posted by Bobby Owsinski at 7:00 AM No comments:

The Big Shake Up In Licensing On The Horizon

Everyone acknowledges that the current copyright law that we live under is outdated, but it's been really difficult getting any updates to the law passed in recent years, mostly because of special interest groups and the fact the a complete overhaul is required rather than just a few band aids.

That overhaul just got a little easer thanks to a 245 page report issued last week by the US Copyright Office officially throwing its weight behind some big time changes that would definitely benefit copyright holders.

The paper made a number of specific suggestions, many that will bring some large media corporations (like broadcasters, for instance) kicking and screaming into the 21st century. Here are some of the things proposed.

1. Everywhere in the world except the United States artists get paid when one of their songs is played on the radio (the songwriter gets paid, but not the artist). The artist gets paid when a radio station or streaming service streams online in the US, but not for traditional terrestrial airplay as it's claimed to be "publicity." The broadcasters have successfully lobbied forever about how their business would be destroyed if forced to pay artists while they've raked in billions. Now the Copyright Office finally agrees with what artists, managers, record labels and even the general public has been saying for years - let's pay the artists for airplay.

2. There's a funny loophole in copyright law where a song from before 1972 can be used by radio or streaming services without payment to the copyright holders. There's been a number of high-profile lawsuits (The Turtles successful suit being one) about the fairness of this doctrine, and the Copyright Office agrees that pre-1972 songs should be treated just like post-1972 songs.

3. The amount of money that performance rights organizations like ASCAP and BMI can collect is governed by a piece of anti-trust legislation called the Consent Decree. Basically what it means is that these organizations must offer licenses on equivalent terms, but those terms haven't been updated to keep up with the latest technology or the evolution of the business, so copyright holders are still bound to a rate that's decades old. It's actually a much deeper subject, but the gist is that the Copyright Office is finally agreeing that the Consent Decree should be reevaluated and updated for the Music 4.0 world we live in.

4. Producers get a royalty on units sold, but the payment can either come from the record label or directly from the artist, which means that it can be really difficult to get paid sometimes. The Copyright Office recommends that producer payments now be administered by Soundexchange as a way of freeing the label and artist the burden of accounting, but also making sure that the producer gets paid as well.

There are other recommendations in the paper, but any one of the above will bring sweeping changes to a system that badly needs it. Read the full report.
Posted by Bobby Owsinski at 7:00 AM No comments:

Let’s call the Grammy Awards for what they are - an excellent way to line the coffers of the Recording Academy and CBS and seemingly nothing more. It’s the Super Bowl of music, only without the game, filled with endless halftime performances and commercials.

Even if you followed the 2015 Grammy Awards Broadcast last night, you probably don’t remember or even care about the winners today unless you’re in the music industry. If you were like me, you looked at the clock over and over and thought, “Is it over yet?” But there was always more, and the performances seemed to drone on and on.

I’m not insensitive to how difficult it is to put such a spectacle together, and producer Ken Ehrlich does as good a job as anyone can hope for when it comes to herding celebrity cats, yet in the three and half hours of broadcast time that is the Grammy Awards, it felt that there was about two hours of filler.


The problem was that the show peaked right at the beginning with a blistering appearance by AC/DC and went downhill from there (although the Ed Sheeran and Annie Lennox performances rose to the occasion as well). If I look at my notes from the show, they indicate long stretches of boredom. If the Grammy’s and CBS want a better show that really does resemble “Music’s Greatest Night,” here are four suggestions to improve the show. See more on Forbes.
Posted by Bobby Owsinski at 7:00 AM No comments:

Artists that post frequent videos to YouTube will be interested to learn that the service rolled out an experimental feature that allows the viewer to be able to chose from multiple camera angles when watching a video.

When implemented on your video, the viewer can select the desired camera angle via a list of thumbnails on the right side of the video as shown on the graphic. The tool shows up under a special "Choose Your View" tab.

Here's an example of how the feature works using a live performance of indie artist Madilyn Bailey.

YouTube expects this feature to be used only on live events right now, although it would be interesting what could happen during a normal edited music video. There are some downsides, however, in that each camera angle eats up more bandwidth, and you can only stream a single angle from a mobile device at the moment.

Remember, this feature is still just being tested, so everyone can't access it yet, and you have to be in the US as well. That said, many artists might not even be interested unless they regularly work with multiple cameras shoots to begin with, but it's cool that YouTube is still pushing the envelope by adding new features.

If you're into trying it, here are YouTube's instructions for encoding multiple camera angles, and you can sign up to use it here.
Posted by Bobby Owsinski at 7:00 AM 1 comment: