The guest list is something that every gigging musician faces, regardless of how big or small the gig is if there's a door charge. Not many of us think much about it, but there's a definite etiquette involved, and a post I spotted on about.com seemed to cover it pretty well. You can read their entire post, but I've paraphrased my version here.

Guest List Dos:
1. Find out how many guest list spaces are available as far before the gig as you can so there's no last minute confusion.

2. Make sure that VIPs that can help your career, like agents, managers and label execs, make it on the list before friends and family.

3. Be upfront with people about the likelihood of getting on the list. Some people get seriously offended if they come to the show and find they're not included.

5. Make sure that one person and one person only in the band is responsible for the list to help keep everything straight.

2. Don't feel like you have to give everyone on the list a plus one. You'll eat up spaces that you can use for someone more important rather than someone you don't know.

3. You don't owe someone a backstage pass just because they're on the guest list. They're two different animals.

4. Don't have a guest list for a charity show. It's bad form, and you have the perfect out in that the show is raising money for a good cause.

5. Don't trade guest list spots with other bands. It takes up too much energy trying to remember who's owed what later.

This is a good place to start. Anybody have any additions?

Copyright can be confusing, especially when it comes to YouTube. Most people who post videos use someone else's music, which they usually don't own or pay for, and are later surprised when they're presented with a takedown notice. That's not the end of it though, as copyright has a number of additional aspects to it that attempts to make it easy for all parties to come away satisfied.

Here's a set of copyright rules for YouTube courtesy of reelseo that also has some great links to more detail, if needed. Below that is a movie by Glove And Boots that attempts to simplify the rules with a bit of humor.

Here's the set of rules:

Thanks, Glove & Boots, for making this boring topic fun to watch!

The Secret To Getting Booked 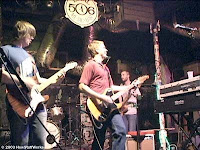 Here's an excerpt from How To Make Your Band Sound Great that talks about the secret to getting your band booked. The part I'm quoting was not written by me, but by a long-time club booker/musician in Memphis, who's seen it all.


"The following was in a widely circulated email that went around the music community. It’s from Memphis promoter Chris Walker who explains both how to get gigs, and more importantly, how not to get them. If you want the hard cold facts about club gigs for acts with original music, read on.
-----

I've had many many jobs in my life, from removing asbestos to strip club DJ to pizza delivery to unloading aircraft, but the one thing I've done and never stopped doing was booking concerts. When I say "job," that would infer that I get paid to do that "job.”

Booking concerts very infrequently pays but I'm addicted to music and have been ever since my big brother gave me my first record, Destroyer by Kiss. I learned a long time ago that if I don't book the bands I like...they ain't coming. Over one thousand concerts and 17 years later of bringing bands to Memphis, I'd say I know EXACTLY how to get a band booked into any venue in the world. I didn't say I could get people to show up...I just said I could get it booked.

You've got a band. You've got 30-60 minutes of music to play live and you want to hit the stage. Any stage. Hell, a floor. As long as it's a public place and you can get away with charging people to hear live music. Getting a show in your hometown isn't all that difficult. Most venues know that as long as you're local and especially if it's your first show, all your band members girlfriends, friends, and family will probably show up for your first show. I've booked plenty of kids bands on their first show and they usually draw well with decent bar sales. If you're worth a shit, they'll continue to come out. If not, those friends and family will drop like flies to future performances.

Now about playing shows out of town....

HOW MUCH MONEY WILL THE VENUE MAKE IF WE PLAY THERE??????

Musicians hate that money actually comes into the equation.  In major markets, there are venues that make unproven bands buy 'x' amount of tickets to get a show. The band in turn then sells the tickets to their friends, family, whoever. The Milwaukee Metal Fest survived for years doing this. The response is: "Pay to play sucks, dude. It's bullshit." What no one seems to realize is that live music is always a pay to play proposition. It's just that it’s the venue that has to pay. A mid-size music-only venue in Memphis usually has a nut of about $3K to $5K to cover monthly. I will not list the expenses here but the fact that it's a long list should prove my point. Almost all of the venues in Memphis that I know of don't take anything out of the door for the venue itself except to pay the door guy and sound guy and maybe security if necessary, so that leaves the bar to cover that monthly nut. Risky business, eh?

Truth be told...if your band isn't on a record label, the best way you're going to get a gig out of town is to trade shows with some band in whatever city you're looking to play. MySpace is perfect for this. However, make sure that the out of town band you're trying to contact sets up said show for you. Odds are that band already knows people at the venue and has already played there a few times.

Here's some perspective. The following bands have drawn right at or less than 100 people in Memphis:

Queens Of The Stone Age (this was after their 2nd major label release with massive radio airplay complete with commercial spots that we bought. The station gave away 20 tickets....3 of the 20 showed up.)

Culture On The Skids

There are a ton more, but you get the idea. Why do you think, if these bands can't even break 100 people, you can make it worth the venues time to book you?'

That email is an eye-opener.  If you’re a band with original material, heed what it says and you’ll find you’ll get a lot more gigs.  If you’re a cover band, many of the same things apply but remember the big one - bring some people so the club can make money."

The email goes on for quite a bit longer and has lots of great information. There's actually an additional excerpt today over on my Big Picture music production blog today.

If you want to read more excerpts from How To Make Your Band Sound Great and other books, check out the excerpts page at bobbyowsinski.com.

Email ThisBlogThis!Share to TwitterShare to FacebookShare to Pinterest
Labels: book excerpt, Chris Walker, getting booked, How To Make Your Band Sound Great

So You're Playing A Festival 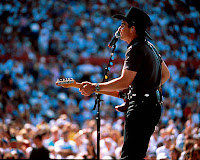 I have a lot of friends that play festivals this time of year. Some of them play with major touring acts and others are on the lower rungs of touring, so they're only too happy for the chance to get in front of a lot of people.

One of the things I've noticed is that acts that are playing a festival in the support positions usually don't adequately take advantage of the situation though, and an article on the CD Baby DIY Musician blog goes into some detail on this.

While you can read the original post, I've excerpted a few points that caught my eye and included my own explanations.
Playing a festival is a very cool thing. Make the most of it, by taking a little time to prepare beforehand.

Just What The World Needs: An EDM Award Show 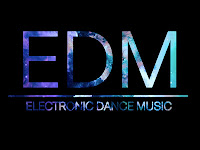 As if we don't have enough awards shows already, electronic dance music will soon be getting one of their own. The yet unnamed awards show will be produced by festival promotoer Insomniac and Dick Clark Productions and will be held in Las Vegas during Electric Daisy Carnival week next summer.

The show is apparently a backlash to the Grammy's nominating little known DJ Al Walser last year in the "Best Dance Single" category. Walser managed to game the system with a social media and email campaign directed at Grammy voters, and it worked, despite the fact that no one had heard of him before. It also revealed the lack of sophistication in EDM by the Grammy voters, which helped bring about the EDM industry's own set of awards.

This is a natural for Dick Clark Production, already a veteran of awards shows producing the Golden Globes and American Music Awards, but it also begs the question "Do we need another awards show?", especially one on television. These shows are already plenty boring, thanks to lots of lip synching, canned music, and productions designed to upstage the thing the shows are celebrating - the music. I can't image it can be much better with live or canned performances by DJs, who tend to come off even worse than musical artists on television.

This is another sign that EDM is going mainstream, of course, which is good for making money but bad for the creativity. The clock is now officially ticking until the world moves on to the next trend.