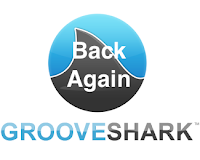 It didn't take long, but Grooveshark is back online just days after receiving orders to cease operations as a result of a lawsuit filed against it by the major record labels. The service can now be found at Grooveshark.io instead of ".com."

Apparently an employee of the company caught wind that the service might shut down before it happened and decided to back up the entire contents of the site and move it to a different offshore server.

As a result, he was able to reproduce the user interface, playlists and song catalog identically to the previous service.

In the short term this might not be that important, in but grand scheme of things it goes to show how difficult it is to shut down a pirate service.

Since Apple and the major record labels are trying to shut down the free tiers of the current streaming services, this serves as a warning. Piracy is going to rise again if those free tiers are eliminated, and it will more difficult than ever to close things down as pirates get more and more clever.

Grooveshark had about 20 million active users, which is about a third of Spotify. The difference is that the company never purchased a license to use the songs, or paid any royalties to artists and songwriters.

Considering how easy it is to get free music right now from legal streaming services, it does show that many people just don't want to trade their email address for the privilege of getting something free. It's a dilemma that we currently have live with in the business, but some form of this will probably always be with us.

The Reality Of Using Google Plus For Promotion 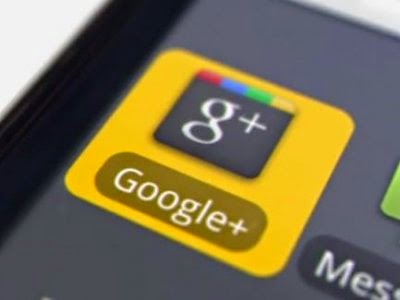 There have been conflicting reports as to whether its worth the time to bother with Google+ when it comes to promoting your project. On one hand, the network has 2.2 billion profiles, of which Google says 500,000 are active per month.

That still pales in comparison to Facebook, with its 1.2 billion active users, but it's still ahead of Twitter, which has about 300 million.

But the Google+ user numbers are deceptive since you automatically are signed up to it if you have a gmail or YouTube account. Many people choose to ignore G+ entirely and just use the Google service they need at the moment, so many of those accounts lay dormant.

So is G+ worth spending the time on or not?

Stone Temple Consulting wanted to find out, so they randomly selected over 500,000 G+ profiles and analyzed how active they were. What they found was that only about 10% were active users in some sense of the word, with 90.1% containing actually no content at all.

Extrapolated out across the 2.2 billion user profiles, that means there were only 212 million active users. But after further looking at those "active" users, it was determined that only 50 million of those users had posted more than 5 times. An analysis of those users found that only about half of those posted in the last 30 days and only 8 million had posted over 50 times.

For such a reportedly huge network, Google+ doesn't have a commensurate amount of activity. Some of the activity that it does have is artificial in that YouTube upload notifications and comments and profile picture changes are automatically posted, but real live active users are far fewer than believed.

That said, if you know that's where your fans are, then that's where you should be as well. Google+ still has one of the best communication apps anywhere in Hangouts, which alone is worth spending time on the platform.

I Hope Apple Kills Free Streaming, But Not For The Reason You Think 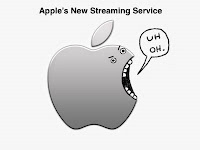 There have been multiple reports over the last few days that the Department of Justice is looking into the accusation that Apple is pressuring the major record labels to end their license agreements with music distribution services offering free tiers. The European Union has a similar investigation underway, so there must be some fire under all that smoke.

This comes before the speculated introduction of Apple’s new streaming service, which is widely anticipated for the Apple Developers Conference next month. Eliminating the free tier of the competition, especially Spotify, presumably puts Apple in a stronger position to regain its dominance in music distribution, a status that has slipped in recent years.

While Apple may be pushing hard for this to happen behind the scenes, chances are it’s a long shot and here’s why.

1. Just the fact that the DOJ is looking into the allegation will stop this thing in its tracks. The major labels have never been bastions of fair and balanced dealings and the last thing that the big players in the industry want is the Feds snooping around. While they may or may not be complicit on this issue, who knows what else may be uncovered during an investigation? That means that you’ll soon get directives from high ranking music execs for their business affairs departments to drop this issue like a hot potato.

2. Does Apple really believe that eliminating the free tier will actually increase its subscriber numbers? First of all, to assume that the next incarnation of iTunes Beats (or whatever it will be called) will have all Spotify users immediately want to suspend their subscriptions and switch to iTunes is delusional at best.


That’s assuming a lot considering that the company has a pretty poor track record of late with its music software. While the early editions of iTunes led the way in user friendliness, lately the app feels old and bloated, with features that are more like attachments rather than integrations. Likewise, iTunes Radio wasn’t exactly the runaway hit that everyone expected. Read more on Forbes.
Any purchases made through our Amazon links help support this blog at no cost to you (just click here).
Posted by Bobby Owsinski at 6:00 AM 1 comment: 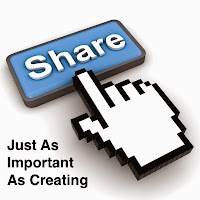 Regardless if it's your website or your social media pages, the thing that keeps your fans coming back is new content. New refreshed content is also important in that it influences your search engine rankings, although there are a lot of other factors that play into that as well.

Content sharing covers all the content that you don't personally create, but think that your audience might find interesting. That includes links to 3rd party sites, trending news stories, music and videos from other artists.

Shared content has two purposes. First, it allows you to continue to post fresh material when the well of self-created material runs dry. Secondly, it provides a reason for your fans to engage and begin a conversation. The key is to use recent or trending material that people are interested in right now.

How do you find this material? We're bombarded with news everyday everywhere from Google or Yahoo News to friend's post on social media, and those are good places to start. Sites like What'sTrending are also good, but adding "trending" to the end of just about any news or social site (like Buzzfeed.com/trending) will give you a variety of topics that your fans may be interested in.

The idea here is that a combination of created and shared content is a way to keep things fresh, keep the search engines happy, and keep those fans engaged.

I'm really happy to have my good friend online PR specialist Ariel Hyatt on my latest podcast.
Ariel started her career as a traditional music publicist but dove into social media soon after it started. As a result, she's become the go-to expert for online PR for artists, bands, musicians, and record labels, as well as authors and entrepreneurs.
On the show Ariel gives her take on the most important social networks, the best strategy for using them, and the differences between traditional and online PR.
During the episode's intro I'll discuss the new data showing the album format making a comeback, as well as the 5 simple EQ tips that you can use in any situation.
Remember that you can find the podcast at BobbyOInnerCircle.com, or either on iTunes or Stitcher.
Any purchases made through our Amazon links help support this blog at no cost to you (just click here).
Posted by Bobby Owsinski at 10:49 AM No comments: 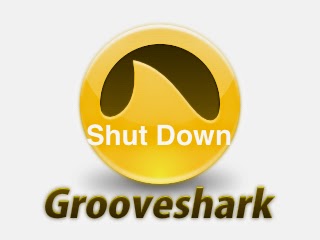 If you enjoyed the free online music service Grooveshark at any time of the 8 years of its existence, you probably wondered about how it was able to stay in business. The service was basically a way to search for any song, then play it from within the Grooveshark player on your browser.

The big problem was that the service didn't license any of the material it played or pay royalties either, and as a result, the service was hit with a lawsuit that could have resulted in the company owing the record labels as much as $756 million.

That legal battle was finally found in favor of the labels, and as part of the settlement, Grooveshark has been shut down immediately. The company had as many as 20 million users, who must now look for a new music service.

In a statement on the company's website, it admitted that it had "made serious mistakes." "We failed to secure licenses from rights holders for the vast amount of music on the service,” it reads. “That was wrong. We apologize. Without reservation."
What's more, the company's founders are forbidden from starting a new music service under the threat of a $75 million fee for damages.

The technology to distribute music is easier to create than obtaining the necessary licenses to make it operate, which Grooveshark unfortunately discovered way too late. That's a main reason why technologists and venture money have been discouraged from entering the business in recent years.

Is that stifling innovation? Maybe, but it's more important that creators get paid at least something for their efforts whenever possible. Now if you could only find a way for more of it to find its way into the pockets of artists and songwriters and less into the label coffers.