The Linkedin Of Music

I'm sure most of you know about Linkedin. It's basically a Facebook for professionals, aimed primarily at keeping those on the executive level of the business world in touch with one another. What many don't know is that there's a rough musical equivalent called Indaba Music.

Indaba was designed as a place where musicians can network and collaborate, but there's a lot more to it. As the video below shows, the site has a number of opportunities to work with or do remixes for major artists. 26 songs sourced through the site have already been released by major record labels, and a number of acts have used or are currently using remixes that have come directly from some of the contests it runs.

Check out the video, then check out the Indaba Music site for some of their opportunities.


Bruce Houghton wrote a nice post on his ever entertaining Hypebot blog some time ago about the 10 major milestones in modern music marketing. It's hard to argue with any of these, and they all are certainly milestones in some way, shape or form. I've added my comments in italics afterwards where appropriate.
In no particular order:
1. Seth Godin writes "Permission Marketing" way back in 1999 pointing the way towards a new era of artist and fan relationships. I personally thought that his book "Tribes: We Need You To Lead Us" is more of the milestone, but Permission Marketing certainly ranks right up there.
2. CD Baby offers indie and d.i.y. artists a home to reach a wider audience on the net.
3. The Arctic Monkeys parlay internet pre-release buzz into the fastest selling debut album in UK history.
4. OK GO proves the power of YouTube with an ultra-low budget "treadmill" video "Here We Go Again."
5. TuneCore tears down the last barriers to distribution offering low flat fee no strings attached access to the worlds top digital stores.
6. Radiohead releases "In Rainbows" asking fans to pay want they want for the download.
7. Trent Reznor grosses $1.6 million in first week sales by offering fans options from $5 to a $300 limited edition package of his latest Nine Inch Nails release "Ghosts". Whether it's calculated or just an inherent feel for Internet marketing, Trent is the master and deserves to be on any top 10 list.
8. Jill Sobule asks fans for help recording her new album raises more than $80,000. Pretty good considering she was only looking for $75k and could've raised more had she not cut the offering off.
9. David Byrne & Brian Eno release a new collaboration via Topspin. While more evolutionary than revolutionary, this was one of the first well planned and executed releases that took full advantage of modern music marketing techniques with impressive results.
10. Amanda Palmer made $19,000 in 10 hours on Twitter proving the music marketing potantial of micro-blogging platform.
-----------------------------------
Follow me on Twitter for daily news and updates on production and the music business.
Check out my Big Picture blog for discussion on common music, engineering and production tips and tricks.
Posted by Bobby Owsinski at 7:57 AM 2 comments:

Big Beatles iTunes Sales Not What They Seem 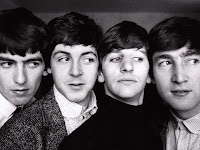 Apple Corps announced today that The Beatles have sold 450,000 digital albums and 2 million digital singles worldwide in the first week that they've been available on iTunes. On the surface these look like fantastic numbers, but dig a little deeper and you see that they're not what they seem.

First of all, 450k albums in the opening week should nowadays be great for any artist, let alone a band from 40 years ago. But this figure is not for one album, it's for 13, which tempers the numbers a great deal. Then the fact that these are worldwide figures tempers the figure even more. Only 119k of these album sales were from the US, which is much less than I would've anticipated.

As a comparison, Take That sold more than 520,000 of their new Progress

album last week in the UK alone. In the US, Abbey Road came in at #6 (at only 16,000 sales) and The Beatles Box Set came in at #10 for the week, behind the likes of Rhianna and the cast of Glee.

"Here Comes The Sun" was the most purchased Beatle's single, but only came in at #54 while "Let It Be" ranked #60.

Bottom line, despite the numbers, this was a tremendous marketing failure for both iTunes and EMI, the band's distributor. If they would've released the albums incrementally instead of all at once, they would've kept the momentum going over a longer period of time, made each album release an event, and sold more product in the long run. In the end, they violated one of the main rules of Music 3.0 - Release more product more often. But then again, what do you expect from the epitome of the "old school" music business.

Could The Major Labels Be Reduced To "The Big 2" Soon?

Now that it's likely that EMI will go bye-bye, that will leave the music industry with the Big 3 major labels. But while the initial speculation was about Warner Music Group buying some of the EMI assets, that idea appears to be far-fetched, since WMG's own financial trouble have been illustrated frequently in this space (like just last week).

You see, WMG itself carries a debt-load of nearly $2 billion, and their share price continues to fall, making it pretty difficult for the company to get another loan, should it need it. And while they're not exactly on the brink, a few more quarters of losses and WMG might find itself in the exact same position that EMI is currently in, as in not being able to make the payments on that debt. That possible scenario could eventually leave the music business with only "The Big 2" - Universal and Sony Music.

That's a scary thought if you're old school, but it's exactly what you want if you the music business is to survive. Wall Street is discovering that there's no money left in the music business, and they're trying to get out. Good riddance. The music business was never a place for big banking in the first place.

The sooner the major record labels either die or re-form into something more in tune with the times, the better everyone in the business will be. We need a new generation of music entrepreneur who loves and is a fan of music, just like in the 50's, 60's and 70's when music was at its peak. And when that next generation of music entrepreneurs emerges, the music industry will prosper again. 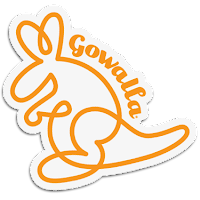 Everyone seems to agree that geolocation apps like Foursquare, Gowalla and Facebook Places are the coming thing, but until now only brick and mortar retail stores and restaurants have taken advantage of the promotional opportunities. How? Stores and restaurants often provide an extra discount or special when a person has checked into their place a minimum number of times, then increase the incentive the more they visit.

Now the band Weezer and Gowalla are rewarding fans who attend shows in much the same way. After a fan stamps his "virtual passport" by attending a show (the first one is November 26 at the Gibson Amphitheater in LA), he can download a track from the band's latest album Hurley

for free, eventually earning a full discount on the the full album download by attending more shows. Additional prizes include an all-expenses trip to a Weezer tour date to meeting the band backstage.

Expect this to be only the first of many musical reward experiences based around geolocation, as artists begin get hip to the concept.