Yes, You Can Hire A Fake Crowd

Want to impress the press with a large crowd of screaming fans? How about having a big crowd for a video shoot? Maybe you want to impress a club owner with a big turnout?

All the above scenarios are possible (if you have the money) by using a company called Crowds On Demand.

Hiring a fake crowd may seem like cheating on some level, but it's actually been done for years. Going back as far as Elvis and The Beatles, management inserted ringers into every television audience to make the reaction larger than life. Yes, it worked very well indeed.

It might cost you $5,000, but if it pumps up the publicity machine the cost could be well worth it.

Many companies that have used Crowds On Demand for everything from fake protests to screaming fans at the airport, and have reported getting enough free publicity as a result to be worth the cost many times over.

The problem of course is that you need the money and the campaign strategy to make the utmost use of your fake crowd, something that most artists and bands find out of reach.

Still, if you're heading up the success ladder and need a boost, Crowds On Demand is just another tool in the box, if you can get around the ethical dilemma.

Adele Sets A Record For Downloads

Who says that downloads are dead?

That's not the case for Adele's new song "Hello," which set the record for most downloads sold in a weekin the US  at 1.11 million. It's the first song ever to sell that many in week since Nielsen began tracking digital and physical singles in 1991.

Not only that, the song has set records for downloads, streams and airplay in the UK and Europe, so the girl must be doing something right.

Plus the song is already #1 in the US and 14 other countries around the world.

One of the more interesting facts about Adele's past and current success is that she continues to defy the punditry of music industry analysts who insist that physical and download sales will never sell in great numbers again.

Adele's last album 21 sold in excess of 28 million worldwide, while those in the business said that there would never be another album that would ever sell more than 2 to 3 million again.

The same was said for downloads, but yet "Hello" is being purchased in record numbers at the same time as it's being listened for free online and on radio.

Many claim that Adele's popularity is the fact that she's the "anti-Lady Gaga/Beyonce/Ariana Grande, etc", but she's also managed to cross over from the usual teens that buy pop music to a much older crowd as well. Sometimes lack of controversy works in your favor.

It should be interesting to see how well her new album 25 sells when it's released.

When you post to Facebook or Twitter, your engagement goes up about 30% or more (depending upon the study you read) if you add a graphic. The problem is that most graphics aren't that compelling, so the effect is diminished.

It turns out that a picture isn't exactly worth a thousand words as the old adage says. In fact, it's worth exactly 84.1 words, which is the number of words it takes people to describe an image, according to cognition expert Alan F. Blackwell. That said, visuals are much more memorable than words, which is why it's best to take care when choosing one.

There's a great article on thenextweb that describes this in more detail, but here are the 5 qualities of a memorable graphic in a nutshell.


1. Harmonious colors. Colors schemes that are natural and work together are the most memorable.

2. People expressing emotion and interacting. Some objects can also be memorable, but landscape images are largely forgettable.

4. Infographics are memorable, but graphs aren’t. Musicians aren't likely to do many graphs though, and that's a good thing.

5. Multiple images reinforces the point. In other words, a variety of images is better than just a single image.

The graphic on the left incorporates 3 of the 5 qualities just mentioned. The colors are harmonious, we all know what a brain looks like so there's prior knowledge, and there are multiple images (the brain overlaid with the skull x-ray). It's perhaps not the best example of the ideal graphic, but it does capture your attention.

How Radio Airplay Compares To Streaming 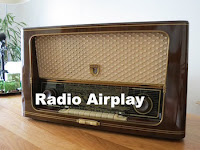 Many people have a difficult time getting their heads around the fact that a million streams or views just isn't that much in our new Music 4.0 age. A minor hit starts at around 50 million and a major hit is in the hundreds of millions.

1 million isn't that much when it comes to radio either, so take at traditional terrestrial radio for a second and see how it stacks up to streaming.

There's probably at least one other station in the market playing the song, so that's 10.99 million x 2 = 21.98 million listens.

That's the equivalent of almost 550 million streams, but unlike streams, the artist didn't get paid for a single one of the radio listens (the songwriters got paid though).

You can see why our perceptions of a million are a bit skewed. When it comes to sales, yes, a million is a big deal, but it's not the same scale when judging plays, streams or views. 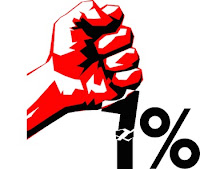 Most of us think that only the top 1% in music, the superstars, make most of the money.

Well, they certainly do when you take touring and merch into consideration, but not when you look at sales and streams, which will surprise many industry naysayers.

Rockonomic did a recent study based upon Nielsen's 2014 music report and found the following:
If these figures hold true for this year as well (and there's no reason to believe they won't), it shows that when it comes to streaming, the average consumer's taste goes beyond the hits.

It seems that the music business is a lot more democratic than we give it credit for. Artists and bands should take heart in the fact that there appears to be plenty of room for other music besides what comes from the superstars.