Here's one for the 1st amendment. Apple has been granted a patent named "Management, Replacement and Removal of Explicit Lyrics during Audio Playback" for technology that can automatically scan a song being streamed and edit out any swear words in the lyrics.

According to an article in Business Insider, the technology is different from automatic beeping of a swear word though. The system can detect an undesirable word then generate background music from the song in its place instead, so the transition is seamless.

Apple claims that the system may also work with books as well. For example, it could edit out words applying to sex or even full sex scenes from a book to make it more applicable to children.

Apple hasn't said if it would actually employ the technology however, only that it's been granted the patent for it. If it's ever rolled out, it's bound to have free speech advocates everywhere up in arms.

It's been rumored for months, and it's finally happened. SoundCloud has launched a subscription tier to its streaming service called SoundCloud Go and it's priced at what's now become the standard - $9.99 per month ($12.99 for iOS).

The fact of the matter is that SoundCloud Go seems like it's more to appease the major labels than anything. All 3 majors have now licensed their catalogs to SoundCloud in an effort to get a piece of the DJ remix space they'd been missing.

As for the consumer, there's not all that much of an advantage. The free tier provides 125+ million tracks while the SoundCloud Go offers the same plus an "expanded catalog" (no idea what that means), offline listening, and it's ad free.

One of the big problems for consumers is the lack of big names on the platform, or extensive catalog from major label artists, although the platform seems to be adding more content to Go today. Still, the majority of available songs consists of remixes or user uploaded tracks.

SoundCloud has had a major problem with DJ remixes using unlicensed material, and has had to revoke the subscriptions of many of them as a result, which has led to bad blood in the community and mass defections to MixCloud and Dubset. It's going to be difficult to get them back, if for no other reason than from a logistics standpoint of moving a catalog to a new service.

It appears that SoundCloud Go will pay artists according to their market share, which means that the top 1% will continue to enjoy a higher revenue stream regardless of whether they own the copyright of their material or not.

SoundCloud currently has 175 million active users, so even a conversion rate of 5% would make it a player in the streaming space with nearly 9 million subscribers. SoundCloud Go is only available in the U.S. market for now, but will roll out globally later this year.

By the way, you can avoid the extra $3 iOS charge by signing up on your desktop instead of your iPhone.


Any purchases made through our Amazon links help support this blog at no cost to you (just click here).
Posted by Bobby Owsinski at 9:25 AM 1 comment:

U.S. One Of 4 Countries That Doesn't Pay Artists For Radio Airplay

Radio is still a big part of an artist's success, but did you know that an artist doesn't get paid for radio airplay in the United States? Songwriters get paid from money collected from broadcasters by ASCAP, BMI or SESAC, but there's no mechanism in place for an artist to get paid for the same airplay.

As an example, the Righteous Brothers "You've Lost That Lovin' Feeling" is the most played song on the radio ever, with more than 15 million plays since its release in 1964, yet the group never received a dime from all that radio play. The writers (Barry Mann, Cynthia Weil and Phil Spector) got rich, however.

Unbelievably, the U.S. is one of only 4 countries in the world that doesn't pay artists for radio airplay. More unbelievably, the other 3 are North Korea, Iran and China, none of which are exactly known for their artistic freedom or copyright protections.

So what's the problem in the U.S.? Lobbyists, to put it simply. The National Association of Broadcasters is very powerful and contributes to many political campaigns, so they've always managed to quash any legislation that gets introduced to Congress.

The NAB has always threatened that radio and television stations would go bankrupt and be forced to go off the air if legislation was passed mandating them to pay artists for playing their songs, all while the industry was raking in billions of dollars of profits.

Sadly, this situation won't change soon, mostly because radio is in a true downswing (especially AM) with advertisers moving their money away from radio to social media instead (streaming platforms do pay artists for airplay, by the way).

Radio still helps break a song as millions of people continue to listen at work and in their cars, but it's mostly from the top 1% artists or those backed by the major labels. It's irrelevant to young artists and bands since airplay is out of reach.

While the rates seem low, music streaming is an artists friend, since at least you get paid something. Because unless you're the writer, you're not going to see any money from radio airplay. And at least online is a place for a young artist to build an audience, since local radio (once the champion of local music scenes everywhere) barely exists anymore, and many colleges have shed their terrestrial radio stations.

For a deeper look into the subject, check out this article on Medium from CD Baby's CEO Tracy Maddux.

Gen Z is coming of age and they have a whole different take on communication than the generations before. Gen Z is generally defined with birth years ranging from the mid or late 1990s through the early 2010s or starting from the early 2000s.

A study by the college marketing insights agency Fluent examined the online active of Gen Zers and found a number of interesting points.

Notice that Twitter isn't a part of the social mix. This goes to show that pictures and video are a big part of the Gen Z lifestyle, so if you're fan base is in this demographic, this is something to strongly consider in future marketing campaigns. 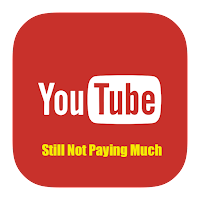 Many fingers are being pointed at YouTube for not contributing much to label and artist bank accounts despite the enormous number of streams it generates.

For instance, YouTube claims that it had 50% of the 317 billion streams last year, yet paid only a fraction of what the paid tier from Spotify paid.

How much? We don't have the exact breakouts, but a combination of YouTube, Soundcloud, and all the ad-supported tiers from all streaming services accounted for $385 million in the U.S. in 2015.

While everyone is disgruntled with YouTube for paying such low rates, its response as been that it's paid out over $3 billion dollars to the music industry, which is deceiving in that it's over the services lifetime, not last year.

The fact of the matter is that YouTube is still the go-to service by most people to listen to music, yet it pays the least to artists, songwriters, labels and publishers.

Yet the company has the music industry over a barrel as it holds all the leverage. Whether an artist wants their music there or not, chances are some fan is going to upload it, so it's always going to be available, and the price is still right at free.