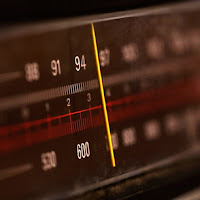 Yesterday I looked at the portion of Nielsen's latest Music 360 survey that pertains to CDs. Today we'll look at some of the other sections.

The one that intrigued me almost as much as teens listening to CDs is how much people still use normal terrestrial radio. According to Nielsen:
Radio is supposed to be dying, but you wouldn't know that looking at the info outlined here. If we go even further into the data and look at teens:
There's that radio thingy again. Conventional wisdom says it's not supposed to be that high, especially with teens, but apparently it's not dead yet. But there's more:
What I'm surprised about here is that the numbers are so low. I would've expected entertainment apps to be closer to 100%.

There's some other fascinating info that can be gleaned from the survey.
What's most interesting in all this data is that people's listening and purchasing habits have changed in some ways and not much in others. CDs and radio are still in widespread use, but the overall enthusiasm for consuming music seems to be down. What this shows is that uur Music 3.0 world continues to be full of surprises.

You're going to see different parts of the study cited in the news in coming days, but I bet that most will overlook something that screamed out to me - CDs are much more relevant than most of the world thinks.

Let me say up front that I don't use optical discs of any kind and haven't for at least a year, so I have no love for the shiny pieces of plastic, but the fact of the matter is that there are a lot of people out there that still use them regularly, according to Nielsen. Here's an example from the study:
Now it's also true that 64% of teens listen to music on YouTube, 56% on radio, and 53% on iTunes, but who would've thought that the number for CDs would be so high? If you listen to the media, you'd think that any kid that still listens to CDs is stuck in the back woods of Appalachia. still has a black and white television and only gets power for 4 hours a day. But the problem is that the media sometimes confuses the kids of Silicon Valley with the kids everywhere else, and let's face it, there's just no comparison.

Want some other figures that may blow your mind?
Now it's also true that 51% purchased some sort of download, but once again, most media savvy people wouldn't in a thousand years expect the CD purchase figure to be that high.

How about this one:
Once again, this was beaten by digital albums (63%) and digital singles (61%), but who would've thought that the CD would be anywhere near those on the chart?

This all goes to show that while the CD may a medium in a death spiral, it's a not buried just yet. It's much more viable as a distribution medium than we're all led to believe.

Tomorrow I'll provide some other interesting info from the same survey.

A few years ago there was an interesting infographic that floated around the Internet regarding the number of sales of various music products in order for an artist to make the US minimum wage of  $1,160 per month. Based on an analysis of attorney Steve Gordon, the chart has been updated for 2012, and the good news is that there's more potential income streams than ever. The bad news is that the magic number isn't any easier to attain if you're in DIY mode.

If you take notice, you need a large number of streams on Spotify to make money as an indie, but it's almost impossible if you're on a major label, since they take most of the income. That sounds pretty bad, but the reality is that if you're getting a huge number of plays and you're on a major, then you're probably touring and making money that way. As is the premise of the Music 3.0 strategy, your music is your marketing. 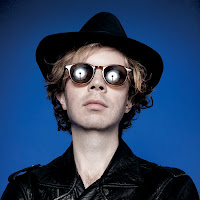 Alternative artist Beck Hansen, who the world knows as just plain "Beck," has just come out with a new album that uses an "innovative" delivery platform - sheet music.

Yes, some clever publicist somehow has spun this to be a "genius" move that only the clever Beck would come up with, but I guess they never checked out the fact that sheet music has been available for every release by a popular artist going back to about 1900.

So the idea here is that if the album is not available on CD, digital, vinyl, etc., and only via hardcopy sheet music, is that it won't be pirated. Did Beck's management never hear of or use a copier or scanner? Granted, this is all a pretty good PR trick because it's gotten a lot of people talking about it, but I'm not sure why.

My question is, how will people hear about the album if they can't hear it? Yes, it's getting some publicity, but it can't be nearly enough. And what about the people that aren't musicians, or are musicians but can't read music (there are a lot out there)?

In all seriousness, his album Song Reader will be available in 20 full color booklets, one for each song, in a hard cover. The one interesting aspect is that the publisher Faber and Faber is encouraging fans to post their recorded versions online.

The Part Of Your Fanbase That Will Pay

I've written about this before both here and in my Music 3.0 Internet Music Guidebook, but thought it was worthy of revisiting again.

The music business was always thought to work on the 80/20 rule as well, but lately there's been a general change of outlook about those numbers. In fact, many music marketers now feel that 90 percent of an artist's income (especially an indie artist) comes from only 10 percent of their fans.

The thinking in the 90/10 rule is that superfans (sometimes called uber-fans or your "tribe") are so passionate that they're purchase just about anything the artist offers for sale, and as a result the income is skewed more heavily in their direction than in other businesses.

more than 20% - income from casual fans