Could This Be The Beginning Of The End Of Google? 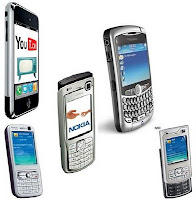 Google's most recent earnings report caused a 9% decrease in its stock price, which amounted to about $20 billion of the net worth of the company. Now in the crazy world of the stock market, just barely missing the earnings that the analysts expect can lead to negative fallout (in this case $3.95 billion in profit instead of $4.1 billion), so that's not the warning sign that Google might have peaked. In fact, instead of looking at earnings at all, we have to look into Google's core business: search.

Google makes a lot of money on search via advertising, as it's the go-to search engine for the majority of the planet. The problem is that, just like Facebook, it's having trouble making money with mobile. Google's advertisers just aren't willing to pay the same rates as they are on the desktop because the ads aren't as prominently displayed. Plus ads don't command as high a price as they do on a desktop. As mobile goes up, Google's influence wanes. Didn't we see this happen before with Yahoo?

So what might replace Google? How about Apple's Siri or some version of voice-activated search like it? Why type something into a search engine on your phone if you can just speak it? Siri already does a decent job, and hopefully it will only get better. The problem is that you won't be able to advertise on a voice-activated search engine either, so it doesn't help if Google gets into voice-activated search anyway. Of course, that's the major dilema. The industry is beginning to shift ever so subtly, but you have to begin to steer the ship now, and there's no sigh that's happening.

With technology moving so quickly, it's possible for a giant industry leader to become irrelevant very quickly. We've seen it with MySpace (once the #1 most visited site on the Internet) and Yahoo, and even with old-school industrial leaders like Kodak. We could see it again with Google, and it could happen before you know it.

Why The EMI Acquisition Will Be Bad For Universal 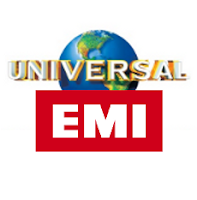 The Universal Music acquisition of EMI is finally complete and the weeping and gnashing of teeth has begun. For the last 6 months the employees of both companies have been walking on egg shells, not knowing if the ax would fall on them if and when the merger occurred. The ax finally dropped last week when 50 people were let go from Universal distribution and another 10 from Nashville, although most of those were EMI employees. Others were told up front that their positions would be eliminated within 120 days.

Universal purchased EMI more to gain market share than anything, but this already looks like it's backfiring. Here's why:


1. In order for the purchase to go through, Universal had to shed labels and publishing units in Europe. That meant that the market share boost wouldn't be as much as they originally thought, nor would the value of EMI be as high as a result.

2. Universal already had the largest market share already with over 30%. What reason was there to increase it other than ego or some obscure executive bonus? Sure Sony Music is strong, but more of that may be due to #3 below.

3. The EMI acquisition has taken up so much time and attention that the execs at Universal have taken their eye off the ball of selling music. This will continue to be a problem for another year at least.

If I was an artist on Universal or EMI right now I'd be worried. You don't know if any of your champions in A&R, sales, marketing will be let go, you don't have their full attention as they angle for new jobs as a fall-back, and the suits in the boardroom continue to play corporate structure games instead of their core business.

This is a perfect example of what happens when big business gets involved in what should be art. 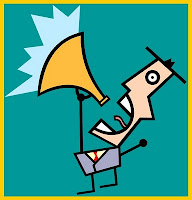 Your core fans, or your "tribe," as uber-marketer Seth Godin calls them, crave your communication. But communication is a two-way street, and the artist must be just as willing to listen to his or her tribe as talk at them. This excerpt from the Music 3.0


"The leader must constantly check the pulse of the tribe to hear what they’re feeling and thinking. This can be helpful in determining just what the tribe likes and dislikes about you and your music. Maybe there’s a direction that you briefly touched upon on your last record that drove the tribe wild, or maybe one that they hated? You might choose to follow your musical instincts instead of listening to tribal feedback, but at least you won’t be surprised by the resulting reaction.


To read additional excerpts from Music 3.0 and other books, go to the excerpt section at bobbyowsinski.com.

Is Trent Reznor Selling Out? 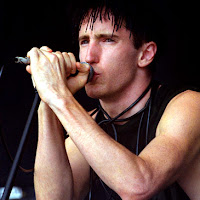 Trent Reznor has been an ongoing inspiration to DIY musicians everywhere, as he's written the blueprint for addressing your fans via social networks, tiered merchandising, unique marketing, and so much more (it's all illustrated in the Music 3.0 book). His announcement last week that he was going back to a major label raised some eyebrows, since signing to Sony Music is such a great departure from what he was all about for the last 3 or 4 years.

Now he recently announced on Facebook that he was collaborating with the horrendous Beats By Dre, the money play by Dre and Jimmy Iovine where they sell hi-priced yet inferior headphones to unsuspecting listeners in the name of "better sound quality." Here's his statement:


Some of you may have read that I have begun working with Beats By Dre. For the past year I have indeed been involved with Dre, Jimmy Iovine, Luke Wood, and the rest of the team on a number of very interesting projects that will start to emerge next year. I have been wanting to experiment and focus my energy and creativity in some different directions, and Beats has afforded me that very opportunity. The process has been challenging and fascinating and as much as I'd like to tell you about the things we've dreamed up... I just can't.Not yet...(I can tell you it's probably not what you're expecting!)

The Trent Reznor we know and love stands for principle and a "I'm doing it my way regardless what you think" attitude. Collaborating with Beats smacks of selling out for a payday. I guess he needs the money, but it's sure disappointing. TR was my shining example of the best of the DIY world. Time to find another hero.

If you really want to make a better sounding headphone look like Beats, here's how.

While most bands think of just the traditional merch items like t-shirts (the perennial favorite), hats, patches and posters, some bands get really creative. Here are a few that are odd if not borderline weird.


I think my favorite is the Cliff Richards Bingo Dabber, but it sure does show the age of his fans. My question is, "Just how many of these were sold?" If anyone has the answer, let us know.