Warner Music May Give Spotify Windfall Back To Artists

Major record labels aren't known for being particularly generous to their artists, but in at least one case, that might change a little. Warner Music has made it known that should it ever sell its stake in Spotify, at least some of the proceeds will go to its artists, according to a post on Music Business Worldwide. WMG CEO Stephen Cooper made the announcement when speaking to investors yesterday.

This is an unprecedented step as any income from these types of equity sales have traditionally made their way directly to the label's bottom line in the past, bypassing the artists.

Spotify has signaled its intention for an IPO (Initial Public Offering - where shares of the company are offered to the public for the first time) this year, which would mean a windfall for its shareholders, including the major labels.

Knowing the potential blowback from artists should they not see any money from the sale of the company they helped build, WMG decided to get on the right side of the situation instead of having to react to it after the fact.

Any resulting bad publicity from a Spotify IPO could harm the streaming side of the music business, which has grown into a major source of revenue for the industry as is quickly replacing physical sales.

As a result of this story, Sony Music announced that it would also give back a piece of the proceeds from any sale (no word on exactly how big a piece). The question now remains, will Universal Music feel compelled to follow?

SoundCloud Rolls Out Its Own Version Of Pandora 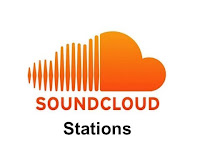 SoundCloud is angling to become a full-fledged streaming service, and it just took a big step towards that goal with the introduction to what it calls Stations.

Stations takes the the previous "Related Tracks" feature one step further by simplifying it and improving the recommendations. The result is what the company hopes will be increased music discovery.

If this sounds familiar, that's because it's just what Pandora has been doing for a number of years now,  as well as Spotify and Apple Music, but this is a first step to get SoundCloud into the same game as those large services.

Essentially, a station is generated from any track, search term, or content stream in your Collection. All you have to do is tap the three-dot menu next to a track and select "start track station" to begin. After the first track plays, SoundCloud uses your listening habits and track selections to determine the songs you'll hear next.

The feature works on both Android and iOS devices but hasn't made it to the web app yet.

My guess is that it won't have too many people giving up their Pandora accounts just yet, but it's a good first step. 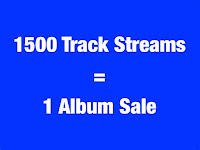 The RIAA announced that it will now count 1500 track streams as 1 album sale when it comes to qualifying for awards like gold records.

It's nice that there's some metric, but there's a big flaw in this logic.

1500 plays of the same song now equals 1 album sale, which is hardly the same thing as a true album sale.

When you buy an album you pay for 10 songs, and although you may not listen to them all as much as the ones you like, you did pay for them all and are exposed to them all.

Another thing is that until the announcement on Monday, 100 streams was considered 1 sale, so the bar for a sale has been raised (probably rightfully so).

It's great that the RIAA has announced this metric to reward performance, and although it doesn't seem to be as fair as real sale once was, I can't think of (nor have I read) a better idea of how to measure this.

The Best Way To Live Stream To Multiple Platforms

Live Streaming is becoming an important part of an artist's social repertoire, but until now it was limited to one platform like YouTube or Ustream. Wouldn't it be great if there was a service like OneLoad where you could upload your video to multiple services from one platform?

It turns out there is and it's called Joicaster.

The service features a simple dashboard that allows you to stream your high-definition broadcast to one or more platforms, and provides chat, social sharing and live analytics as well.

There's actually a free plan that allows up to 4 concurrent streams, with the paid plans providing more streams and features. They start at $4 to $30 per month, with a custom enterprise plan also possible.

If you're into live streaming, check out Joicaster to help you expand your audience. 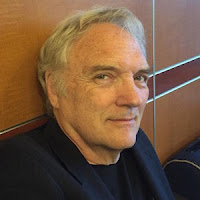 Mike was head of PR for Mercury and A&M Records before he headed into management, where he worked with acts like The Bangles, Oingo Boingo, Wall of Voodoo and Danny Elfman, and now heads up LA Personal Development.

We'll discuss the differences between PR and management from the classic days of the 80s and 90s to today, and you'll hear some good war stories as well.

In the intro I'll discuss how Spotify will now stream video but not for the reasons you might think, the latest music streaming platform called Cur Music, and the latest in the labor dispute between Guitar Center and its employees.

Small Webcasters Forced To Shut Down Thanks To Royalty Increase

A number of issues seemed to have doomed thousands of small webcasters who use the Live365 platform, which closed down today. The webcasters include everything from one man niche programmers dedicated to new music discovery, to smaller radio stations like Smooth Jazz Chicago and Pulse 87 NY.

One of the main issues that caused the Live365 to close is the recent Copyright Royalty Board ruling to increase the royalty rates webcasters must pay to artists and songwriters.

In 2009 SoundExchange (which collects the royalties and then distributes them) negotiated a rate based upon the amount of revenue generated by a webcaster which helped the smallest webcasters stay on the air. A webcaster with no revenue could pay a flat rate to Live365, which then passed it on to SoundExchange.

That agreement terminated at the end of 2015 however, which now means that smaller webcasters are subject to the same per stream rates as major entities like iHeart Radio and Pandora. With a massive royalty commitment and little revenue to count on, most small webcasters can't afford to stay on the air, and even medium sized webcasters find that all their revenue will be eaten up.

The Live365 platform had additional issues, as it never turned a profit, and now with the new CRB ruling, faced a loss of much-needed investor backing.

This is actually a very complex issue, as there are multiple rates for commercial versus non-commercial webcasters. The fact is that many small webcasters were responsible for exposing new music while paying a very low royalty rate.

Musicians and songwriters now make marginally more, but to what end? If there are fewer outlets for your music, there seems like no winner in this decision, but many with a lot to lose.