An Attempt To Reel In Concert Ticket Scalpers 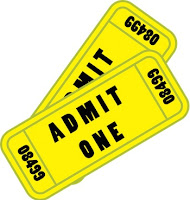 When you buy an Adele concert ticket in the UK, you'll get a notice that "The resale of tickets will not be tolerated." Team Adele is taking a zero tolerance approach to scalping that already seems to be having an effect.

According to an article in Music Business Worldwide, about 20% of hot concert tickets end up on the secondary market, often at super inflated prices. In Adele's case, whenever a ticket is offered for resale by a buyer, the sale is immediately canceled as each ticket is individually registered to the fan that bought it.

This has resulted in less than 2% of her tickets now available for resale, and that number of dropping.

The prices appear to be as high as $1,500 over face value, but buyer beware though, as you might be buying a ball of hot air that won't get you into the concert after all.

It should be noted that in many cases the artists themselves are responsible for the high scalping prices, as they hold back a block of tickets and sell directly to the secondary markets for a quick profit. Not so with Adele. to her credit. She's already made plenty of money, and would rather her fans not have to pay more than the asking price to see her live.

Amanda Palmer may be the perfect example of how social media promotion is done in our Music 4.0 age. She's developed a big online bond with her fans that hasn't quite carried over to her music, but it has in other areas.

Amanda took advantage of that social notoriety to launch a highly acclaimed Kickstarter campaign a few years ago where she raised $1.1 million more than her original $100,000 goal.

So just how did she do it? Amanda gave away her secrets on crowdfunding to the Music Awards Blog. Here they are (with my comments afterward):

1) You have to have fans before you can ask them to help you. [This one seems pretty obvious, but is mysteriously overlooked by many artists.]

2) Show, don't tell: HAVE A GOOD VIDEO. [This is a lot harder than it seems. You have to sell your fans on your idea/music and not be obnoxious about it. People get paid a lot of money to do this every day, which suggests its difficulty, so make sure you put a lot of thought into it.]

3) Don't just reward the rich: keep every level rewarding. [If you look at some Kickstarter campaigns, it seems hardly worthwhile to even consider some of the lower pledge levels since you don't get all that much in return. As you get to the higher money pledges, the rewards always become a lot more interesting, but you want to reward those that can only afford the lower levels as well.]

4) Be honest: You'll be amazed at how helpful people really are when you talk straight with them. [Fans naturally want to help. The more honest and open you are, the more help they'll give you. If something feels funny or below board, they'll start to pull back.]

5) No tool is deus ex machina: ANY platform can work. [Don't get stuck on one platform since the name of the game is delivering your music to people, and giving them the chance to help you out by buying something occasionally. Without those last two things, the platform doesn't matter.]

Last but important, Palmer gives the best tip: Your music must be good, you must respect your fans, and pretty much without exception; YOU HAVE TO TOUR.

Another great tip from Amanda comes from a conversation she had with Techdirt in which she states just how she developed that fanbase in the first place:


"I've been tending this bamboo forest of fans for years and years, ever since leaving roadrunner records in 2009. Every person I talk to at a signing, every exchange I have online (sometimes dozens a day), every random music video or art gallery link sent to me by a fan that i curiously follow, every strange bed I've crashed on...all of that real human connecting has led to this moment, where I came back around, asking for direct help with a record. Asking EVERYBODY...And they help because...they KNOW me."

Every time I post something about Amanda Palmer I get a lot of negative comments and emails, as she can be a polarizing figure if you're not a fan. The thing is, she's done extremely well for someone who's music is rather niche.

Whether you like her or her music or not, at least take heed of her techniques. She's giving them away for free. 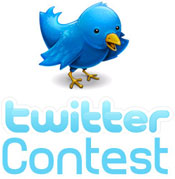 We all want to increase our fan engagement on social media, and a great way to do it is with contests, since it definitely tweaks the interest of your followers.

Adweek recently ran an article about the 7 types of Twitter contests that can be run, which you'll find below along with my comments on how it applies to your fanbase.

1. Photo Contests - Ask the entrants to post of photo of themselves showing a piece of your merch or a CD, or at one of your shows.

2. Most Creative Or Funny Answer Contest - Ask your followers to submit a creative or funny answer to a question that you tweet. Make sure to include a hashtag as part of the campaign.

3. Retweet To Enter Contest - All your followers have to do is retweet your contest tweet and they'll be entered to win.

4. Follow To Win Contest - This is a bit of cross-promotion across some other social networks, where you let them know that if they follow you on Twitter they're automatically entered into the contest. Please note that you can't ask someone to follow you directly on Twitter as it violates their terms and conditions.

5. First To Answer Contest - This happens really quickly, which means the contest is quick as well. It's simple - ask a question, and whoever tweets the correct answer first wins.

6. Tweet A Hashtag Contest - All the follower has to do to enter is include a hashtag that you create in a tweet.

7. Caption Contest - Ask your followers to tweet a funny or interesting caption for a photo that you tweet.

In all cases, make sure to retweet and thank each entry, then give a winner a lot of Twitter love.


Any purchases made through our Amazon links help support this blog at no cost to you (just click here).
Posted by Bobby Owsinski at 10:03 AM No comments:

It looks like Spotify is still in the lead in terms of paying customers, if this chart from Statista is any indication.

The chart shows that Spotify has a handy lead over Apple Music at the moment, although it's yet to be seen just how many people buy into the YouTube's new Red service, which could change the balance of power here.

A couple things to keep in mind when looking at this chart.

1. There are only a bit more than 40 million paying customers for streaming at the moment, so there's a lot of room for growth.

2. The chart only looks at Western services, and doesn't include any from Asia, where people have been used to paying for music for some time. 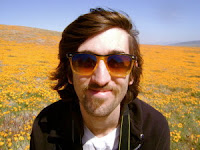 If your music is on SoundCloud, then you probably want to know about Repost Network, a service based on the YouTube multi-channel networks that can help you get paid for your streams.

Jeff Ponchick, the founder of Repost, is my guest on the podcast this week and he'll discuss how it came about and how it all works.

On the intro I'll discuss the process of purchases fake crowds, and take a look at the latest from the lab - 3D batteries that store more juice, take less time to recharge, and are safer for the environment. 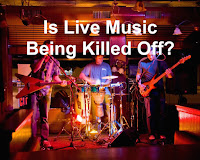 Bar owners across the country are getting more up in arms at what they claim is BMI's "take-it-or-leave-it" fee structure and canceling music events as a result, according to an article in phillymag.com.

Every public establishment, whether it's a bar, coffee house or restaurant, has to pay the performing rights organizations (BMI, ASCAP and SESAC) if they want to have music playing, whether it's live, radio, or a jukebox.

The problem is, according to many bar and club owners, that BMI imposes what seems like a random fee that could rise at any time without a cap. If they don't pay, then BMI's deep pocket attorneys take the owner in court, which most bar and club owners just can't afford.

No one argues that the songwriters and publishers shouldn't be paid, by the way. It's just how they're being charged that's at issue.

The big problem here is that everyone loses when a venue stops having live music, so this is something that both sides should work diligently to sort out.

Any purchases made through our Amazon links help support this blog at no cost to you (just click here).
Posted by Bobby Owsinski at 9:34 AM No comments: