Too Many Choices Can Be A Bad Thing

There's an old salesman's adage that goes like this - "Never give a customer more than 2 choices." The reason why is that the customer may just get confused, throw up his hands, and walk away with a "never mind."

That could very well be the case today with the huge catalogs offered by all of the streaming services. Millions of choices is actually no choice at all.

Industry consultant Mark Mulligan of MIDiA has some interesting statistics on the subject (shown on the left) where out of a catalog of 25 million songs, only about 5% (1.25 million) is frequented and just 1% (250,000) is played often.

As a result, a $9.95 subscription price just seems like too much to the average music consumer. It's too many choices and they're walking away from a paid subscription.

Mark suggests that niche services would offer much more value to the average fan (the superfan is happy as is). That means a service that only serves a genre of music, like metal, hip-hop or jazz, with the catalog limited in the number of artists, titles and playlists. Of course, a lower price of $3.99 to $4.99 would help it be a winner as well.

That would get rid of all the covers, copies and karaoke versions that just clutter up the  streaming app and currently haunt Spotify, Apple Music, Google Play and virtually every other music service.

This is idea who's time has not yet come, as the industry pushback would be enormous, but it's an idea worth considering. Read Mark's full article and his great blog here.

10 Steps To Being More Creative 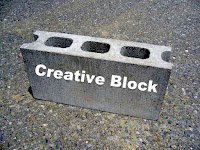 Here are some great tips that that have been floating around various blogs for a while about how to get creative and stay that way. Regardless of who created the list, it's still pretty good advice and something I wish I would refer to more often myself. Take a look:

10 Steps To Being More Creative:
1. The best way to get great ideas is to have lots of ideas and throw the bad ones away.

10. Visualize your problem as solved before solving it.

It's easy to let a creative block slow you down, but it doesn't have to. Even one of these ideas can get you those creative juices flowing again.

Russia has long been one of the countries that's been least hospitable to songwriters and artists because of its arcane copyright laws. Piracy and corruption has always been the order of the day there, and it's home to some of the most notorious hackers and torrents.

When the Russian Communications Ministry announced a new proposal aimed at changing the existing system of copyright royalty collection, it didn't get the response from the Russian music industry that it expected, according to an article in Billboard.

Currently, a single Russian agency can collect royalties without having the rights holder sign a contract. Obviously, that's a practice ripe for plundering since it enabled "insufficient transparency" in accounting.

The new proposal requires contracts to be signed between the collections agency and the copyright holder, and it enables other collection societies besides the state appointed one to enter the market. Obviously this is a step in the right direction.

That didn't sit well with the Russian music establishment though. After the announcement, Andrei Krichevsky, head of the state-run Melodiya label, was quoted in a Russian newspaper criticizing the proposal, stating the current system was working well and very efficient. He was then attacked and beaten after leaving his office in Moscow.

For once, this actually seems like the Russian government is coming down on the side of the little guy, although beating its critics is a throwback to the old KGB days. One wonders if this new law will actually change anything.

Get Your Metadata Right

One of the major reasons why artists often don't get paid is because of missing metadata from their songs.

No matter if you're submitting to an aggregator like Tunecore for digital distribution, directly to a digital distributor like Soundcloud, or even a music supervisor for consideration, it's imperative to have the following metatags filled in.

Mood and BPM might seem incidental, but they're really important for music libraries and music supervisors, so take the time and fill them in.

Yes, filling in all the metadata takes some work, but not only does it ensure you'll more easily get paid, but it will give your song a better shot at being placed as well.
Any purchases made through our Amazon links help support this blog at no cost to you (just click here).
Posted by Bobby Owsinski at 6:00 AM 2 comments:

You may not be hip to the streaming network Deezer yet, but it's available in 189 countries and has an impressive 6 million paid subscribers. Deezer's US CEO Tyler Goldman joins me for a conversation about the what's happening in streaming music now and what might happen down the road.

In the intro I'll also take a look at why the "Happy Birthday" song is not in the public domain and the new evidence that might finally get it there, as well as the things you should know if you're going to book your private studio out to other people.

Any purchases made through our Amazon links help support this blog at no cost to you (just click here).
Posted by Bobby Owsinski at 11:17 AM No comments:

This is about 40 years too late, but there's now an official Progressive Albums Chart Top 30 in the UK. The Official Charts Company, which is a partnership between the British Phonograph Industry association and the Entertainment Retailers Association, is the official keeper of all the British music charts, and it's just gotten around to launching this new chart now.

While you'd expect pro-rock stalwarts like Roger Waters and Pink Floyd to have slots, it's surprising the number of 21st Century acts that make up the top 10, with Tame Impala taking the top spot.

Here's the first version of the chart.